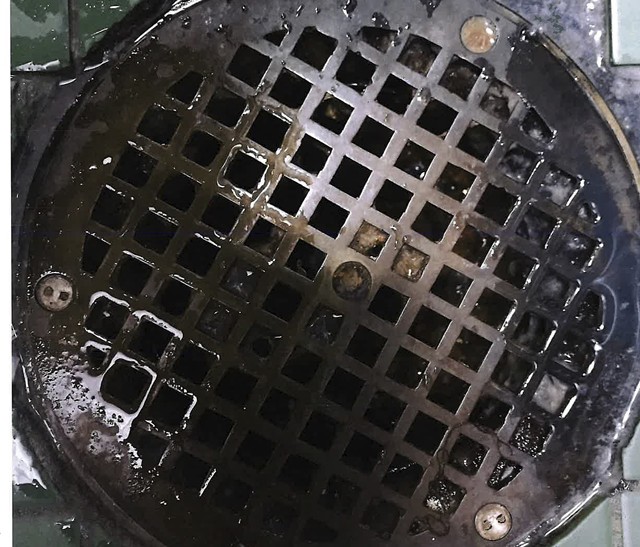 An inmate at Vermont’s only prison for women testified Tuesday in Chittenden Superior Court that the facility’s showers reek of human waste and are infested with sewer flies and maggots. The inmate, Mandy Conte, said that ceiling leaks, a malfunctioning drain and a faulty ventilation system have led to the growth of mold and mildew in the shower stalls, which are used by 30 to 40 prisoners.

“It smells like a sewer,” she told the court in video testimony. “It’s strong. You can smell it as soon as you walk into the bathroom.”

Conte, who has been incarcerated at the Chittenden Regional Correctional Facility since February 2019, began filing grievances about the House 2 showers that June. She sued the Department of Corrections in September 2019, arguing that the state had failed to meet its obligation to maintain safe and sanitary conditions.

Judge Samuel Hoar, who presided over the bench trial, did not immediately hand down a ruling on Tuesday, instead requesting follow-up briefs from the parties.

Inmates have complained for years about conditions at Chittenden Regional. In a February 2012 report, community leaders associated with the Vermont Commission on Women and other area nonprofits wrote that there were “recurring worms and sewer flies in the shower drains” of the facility.

Chittenden County State’s Attorney Sarah George, who has advocated for the prison to be closed, wrote on Twitter last week, “Two weeks ago there were leaches coming out of the shower drains.”

Conte wrote to Seven Days about the problem and sent along what she said was a maggot she found on the shower floor, as well as mold she extracted from a vent. In the letter, she expressed frustration with the slow pace of her proceeding, writing that the state’s “continued tactics to delay are simply preventing us from having a safe, clean place to shower without risk of infection, illness or harm.” 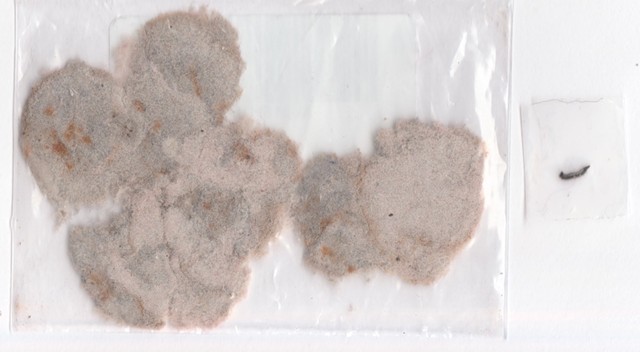 In court papers, Conte said she had developed a foot infection while incarcerated and suggested that it could have been caused by conditions in the shower room.

Conte was among the prisoners who spoke with Seven Days last year about allegations of sexual misconduct, drug use and retaliation at Chittenden Regional. A story published by the newspaper in December 2019 led to the resignation of then-corrections commissioner Mike Touchette and prompted the state to order an outside investigation of the facility, which is ongoing.

'Everybody Knew': Guards Say Higher-Ups Ignored Serious Misconduct in Vermont's Prison System
By Paul Heintz
Prisons
At Tuesday’s trial, Prisoners' Rights Office investigator Hillary Reale testified that she had encountered grim conditions when she visited the House 2 showers in December 2019 and February 2020. She said the drains were dirty and clogged, and the showers smelled like urine. She said she saw four or five sewer flies in the showers during her February visit.

Witnesses for the state said they had done their best to keep the aging facility sanitary. Steffen Flibotte, who manages an inmate work crew for the Department of Corrections, said his staff clean and bleach the showers multiple times a day. Joshua Reese, a district facilities supervisor with the Department of Buildings and General Services, said his workers had sought over the years to plug roof leaks and unplug shower drains. He said his department provided the prison with biocide to pour down the drain in order to destroy organic matter consumed by sewer flies. 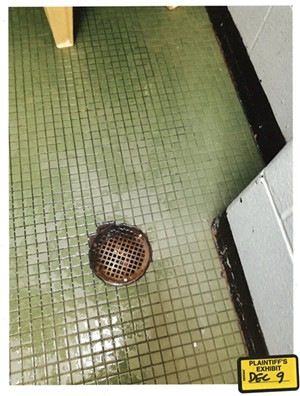 Normally, Reese added, his department steam-cleans the pipes once or twice a year to kill the flies, but that has not taken place recently due to facilities restrictions put in place to prevent the spread of COVID-19.

According to documents Conte submitted as evidence in the trial, Corrections officials acknowledged last year that the showers posed a problem. Responding to one of Conte's grievances in July 2019, a Corrections facilities executive wrote that BGS had been notified and that addressing the leak was a priority. "We have reinforced that they need to get this taken care of," he wrote.

That September, Touchette reassured Conte in response to an appeal that the department "takes living conditions seriously and will continue to work closely with BGS officials to manage issues such as this." A prison supervisor later affirmed in court papers that a ceiling leak had been fixed in December 2019.

At Tuesday's trial, the state presented photos and video of the showers taken in July 2020 that appeared to depict sanitary conditions. But Conte testified that the problems have endured — even after she twice volunteered to repaint the shower’s walls and ceilings.

Just this week, Reese testified, his department had begun work to repair the shower floor. In a phone interview after the trial concluded, Conte suggested that the timing may not be coincidental. “This is purely a tactic to try to win the case,” she said.
Prev
Next