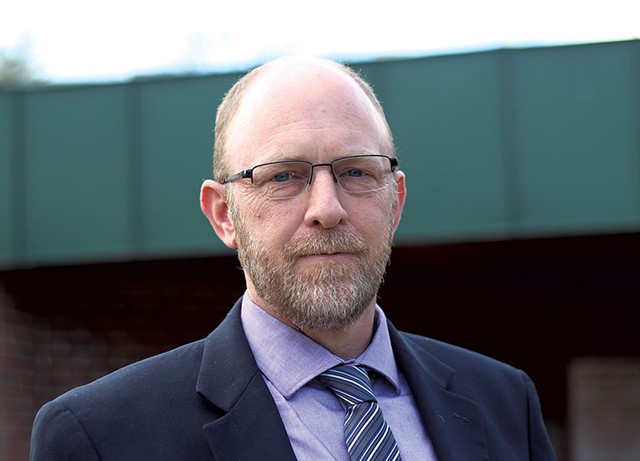 Mike Touchette has resigned as commissioner of the Vermont Department of Corrections, according to Secretary of Human Services Mike Smith.

The news comes two weeks after Seven Days published an investigation into the state’s only prison for women. The report found a pattern of sexual misconduct, drug use and retaliation at the Chittenden Regional Correctional Facility in South Burlington.

“The decision to step down was not an easy one, as I continue to believe that we have been on the right path in making necessary changes and updates to our system of care for all in corrections,” Touchette told Seven Days in a written statement. “At this point in time, I feel that I need to find a better balance between my career and personal life.”

Smith said Wednesday that Touchette had tendered his resignation on Monday afternoon, explaining that fallout from the investigation had “taken an enormous toll on him.”

“He’s a human being,” Smith said. “He just felt that it was best for him and best for his department that he resign.”

Guarded Secrets: Claims of Sexual Misconduct, Drug Use Plague a Vermont Prison for Women
By Paul Heintz
Prisons
The secretary said he had not asked for Touchette’s resignation and had not yet determined whether he would have asked the commissioner to continue serving. In an interview late Wednesday, Gov. Phil Scott said that he also had not asked Touchette to resign.

“I can’t say that I was shocked, but maybe more surprised at this stage,” the governor said, adding that it remained unclear whether Touchette was responsible for any wrongdoing at the department he ran.

Scott said that he had spoken briefly with Smith on Tuesday about the crisis in the state prison system. “He did offer that things are going to get worse before they get better,” the governor said.

Touchette first joined the department three decades ago as a corrections officer. He worked his way up the ranks to deputy commissioner and, in November 2018, was appointed commissioner.

According to Smith, Touchette has invoked his right as a longtime state worker to return to a classified job within the government. It was not immediately clear what position he would fill.

Smith said Wednesday that Deputy Corrections Commissioner Judy Henkin would lead the department until he named an interim commissioner. The secretary said he had contacted several people to gauge their interest in the role. “In this interim period, I want somebody in there that preferably would be [from the] outside,” he said.

Report Shows Officers Complained About Prison Drug Use, Retaliation in 2017
By Paul Heintz
Off Message
Smith plans to make initial recommendations to the governor later this week about immediate steps the department could take to improve staffing and training. He also expects to announce an independent investigation to be conducted by an outside entity that could take as long as 120 days. Smith said that a permanent commissioner would not be named until that review is completed.

The secretary said that he did not immediately announce Touchette’s resignation on Monday because he expected to be unavailable Tuesday and wanted to ensure that he could answer questions from the press about the personnel change. VTDigger.org first reported the news Wednesday morning. Smith then notified Agency of Human Services staff by email.

“I want to express my gratitude for his years of service, continued service and commitment to the Department of Corrections,” Smith said in the email. “Many people have expressed their admiration for Mike, and their appreciation for the work he has undertaken to make the Department better and more successful.”

Scott said that while he did not know Touchette well, he had been “impressed with his background — that he came from the rank and file and worked his way up.” The governor added, “In the last couple of days, there have been a number of people from the community involved with corrections who have come forward and praised him for the work that he’s done.”

Touchette had been contemplating his role in the department since Seven Days’ investigation of Chittenden Regional was first published. At a forum last week in Burlington, he said he had considered resigning but had decided to stick it out.

“I have not done anything wrong,” Touchette said. “I stand by everything that I’ve done as commissioner. I’m very proud of the work that we’ve done. We have a lot more work to do.”

Though the commissioner initially suggested to Seven Days that he had been unaware of allegations of drug use by a supervisor at Chittenden Regional, subsequent reporting demonstrated that he had, in fact, been informed. The newspaper later reported that a former corrections officer had complained to Touchette about the abusive behavior of a senior DOC official. That official remained on staff for another four years.

Soon after Seven Days published its initial investigation, Smith temporarily removed the South Burlington women’s prison from the DOC chain of command — essentially relieving Touchette of his responsibility to run the facility. Henkin, the deputy commissioner, was tasked with overseeing Chittenden Regional from the secretary’s office.

Late last week, Touchette confirmed to Seven Days that the leaders of another prison, Northern State Correctional Facility in Newport, had been relieved of duty. On Wednesday, the newspaper reported allegations that an inmate who died at the Newport prison earlier this month had repeatedly implored nursing staff to help him in the hours before his death.

In his written statement, Touchette said he was “proud of the many accomplishments that I have either [led] or been involved in.” He said he had “worked extremely hard, along with many others who share my same vision for the needed changes to our current systems,” adding, “My hope is that those people will carry on my vision.”
Prev
Next