Burlington Councilors Disagree Over Thanking Cops in Resolution | Off Message

But the debate leading up to the vote took nearly an hour because some councilors disagreed with including a thank you to city cops for their work during peaceful protests over the weekend.

The resolution, which ultimately passed 10 to 2, also asks Burlington Mayor Miro Weinberger to fly the Black Lives Matter flag at City Hall "for the remainder of the COVID-19 State of Emergency."

"The struggle is real, and the time is now to take action," said City Councilor Ali Dieng (I-Ward 7), who is black and introduced the resolution.

The measure came two days after hundreds flocked to Burlington's Battery Park to protest the death of George Floyd, a black man who was killed when a white police officer knelt on Floyd's neck for several minutes. The officer, Derek Chauvin, was fired and has been charged with third-degree murder and manslaughter; three other officers were also terminated.

Burlington Protest Leads to Confrontation With Police Brass
By Matthew Roy
Off Message
Councilors Perri Freeman (P-Central District) and Jane Stromberg (P-Ward 8) cast the no votes because the resolution includes a line thanking Burlington police for their "non-confrontational and professional response" during Saturday's demonstration.

"It waters down the ultimate sentiment of this resolution," Stromberg said. "This is not a moment for us to reflect on our systems of what they're doing right. This was exactly the opposite of that."

Freeman spoke passionately and in a raised voice of feeling "horrified and completely livid" that the language was included. Councilor Zoraya Hightower (P-Ward 1), who is black, called the wording "problematic." Councilor Jack Hanson (P-East District), who attended the demonstration, said the language detracts from the protesters' message. He said there would be other opportunities to thank the police for their professionalism.

Including the line in the resolution "totally undermines who we're trying to highlight and who's being brutalized and who we need to uplift and focus on in this moment," Hanson said.

Hanson also noted that Burlingtonians have suffered at the hands of police. In the fall of 2018, Sgt. Jason Bellavance and Officer Joseph Corrow knocked two black men unconscious in separate incidents downtown. And last spring, Officer Cory Campbell punched Douglas Kilburn, a white man, in a scuffle outside the University of Vermont Medical Center. Kilburn died days later, and the medical examiner ruled that the officer's punches contributed to the man's death.

Congolese Brothers Say a Run-In With Burlington Police Left a Lasting Impression
By Derek Brouwer
Crime
Bellavance was suspended for three weeks without pay, but Corrow was not disciplined. Campbell was reprimanded for using foul language.

Activists had demanded more than a year ago that all three officers be fired. A change.org petition started then has recently picked up thousands more signatures in the days following Floyd's death. Some 33,000 supporters have now signed the petition.

Activists Demand Burlington Fire Cops Involved in Violent Incidents
By Courtney Lamdin
Off Message
Stromberg ultimately proposed an amendment to remove the line thanking the police department from the resolution. Councilor Brian Pine (P-Ward 3) said he initially supported Dieng's version — and signed on as a cosponsor — but said that his fellow Progressive councilors had swayed his vote, and he supported the amendment.

Councilor Joan Shannon (D-South District) supported Dieng's wording because "I don't know how we move forward if we don't recognize the good work that's being done." Councilor Sarah Carpenter (D-Ward 4) suggested that that council should be "adding appreciation as opposed to taking it away."

Stromberg's amendment eventually failed in a 6-6 tie, and the council ultimately went on to pass the original version. 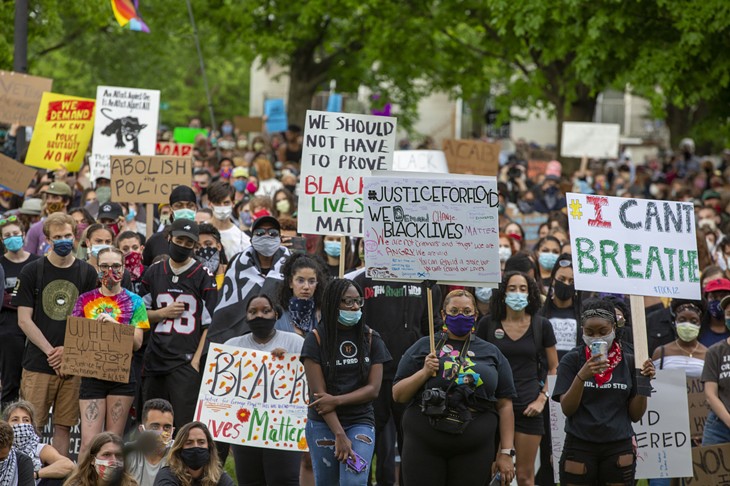 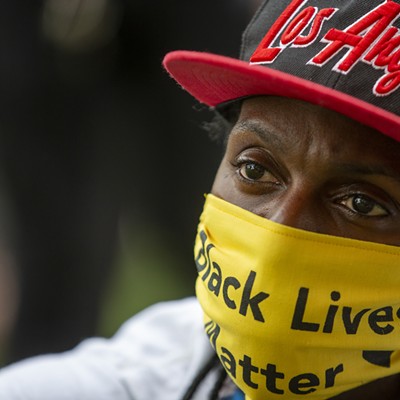 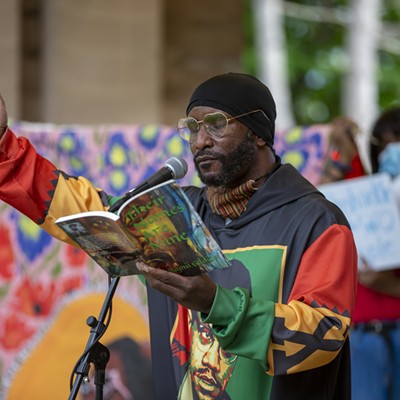 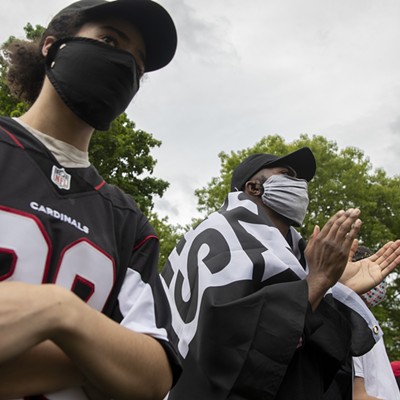 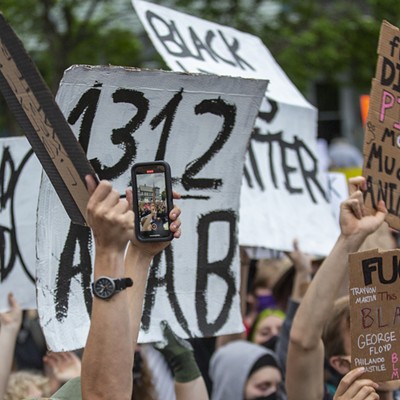 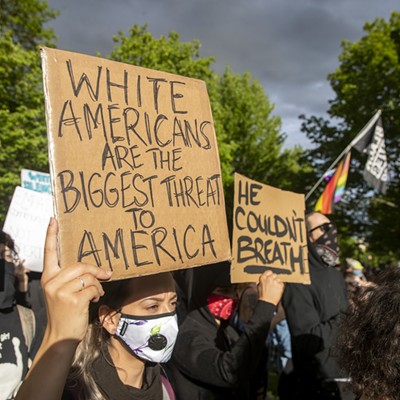 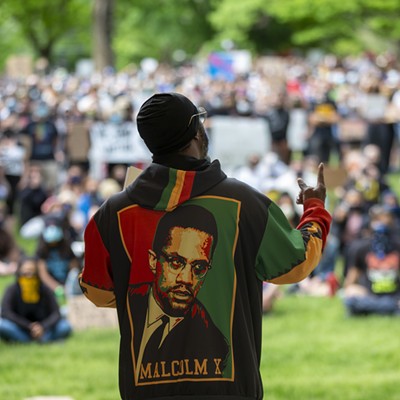 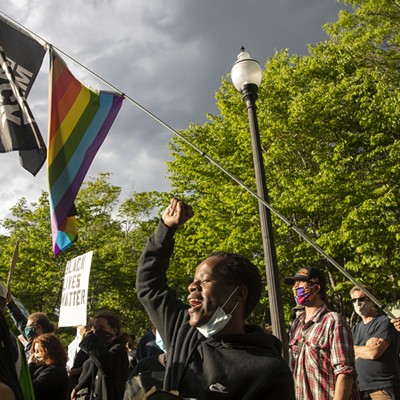 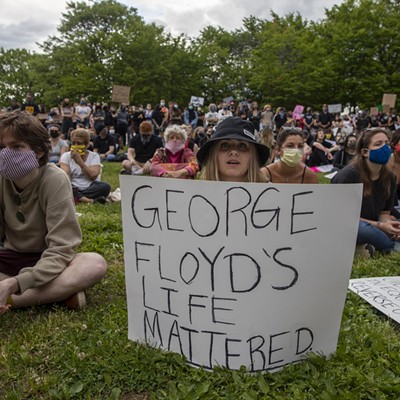 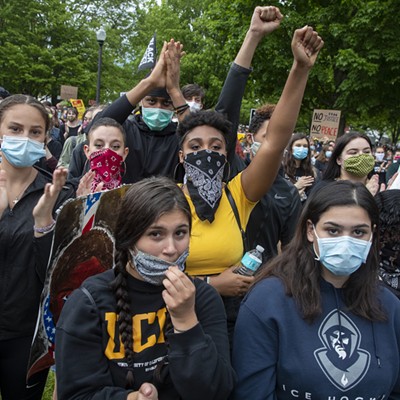 Introduced by Freeman, the resolution sought to give councilors the ability to write ordinances to protect renters from evictions, tax the wealthiest Burlingtonians and set a minimum wage for Queen City workers, among other progressive policies.

Burlington Councilor Introduces Slate of Charter Change Proposals
By Courtney Lamdin
Off Message
The measure asks the council's Charter Change Committee to vet the proposals for inclusion on future city ballots. Dieng moved to postpone the vote until the council's June 15 meeting; the motion passed 10 to 2, with councilors Shannon and Chip Mason (D-Ward 5) voting no.

Freeman reluctantly agreed to postpone the discussion, chiding her fellow councilors because she thought she had support to move the resolution on to committee. The measures would need to be approved by voters and the Vermont legislature before becoming law.

"I woke up this morning with pretty much enough votes to refer it ... and I came into the meeting realizing that I don't think those votes were there," Freeman said. "It's just a funny way that the council can work sometimes."

A dozen people Zoomed into the meeting to express concern about the resolution. Hill Section resident Karen Allen said Freeman's proposal to levy a luxury tax on property sales exceeding $500,000 had "horrific" timing and was "unwarranted."

Ward 4 residents T.J. Jemison and Sean Kelly said they'd consider leaving Burlington if the council enacted a tax on people who make at least $125,000 a year. Local landlord Donald Slish decried a provision that would protect tenants from no-cause evictions.

"I'm not a rich guy because I make more than $125,000 a year," he said. "I know you have a bleeding heart to people without money, but please, spare a little bit of sympathy for people who are working hard to maintain these buildings."

Fellow councilors, too, charged that Freeman hadn't done enough research and complained that they only had had a few days to consider the resolution.

Shannon said a minimum wage ordinance would push businesses outside city limits. "We have so many businesses that are teetering on the brink of a cliff because of COVID," she said. "And it looks like we want to push them over the cliff rather than help them back."

Mason, commenting on a for-cause termination clause, said he was wary of involving the city in employee-employer relationships. He said it was "crazy" to propose raising taxes as the city prepares for a reappraisal and before taxpayers feel the full brunt of the Burlington School District school renovation bond.

Hanson, however, said the time is right to consider the resolution because the pandemic "has just laid bare the grotesque inequality in our society."

"I'm glad to see us start to get the ball rolling on being able to take some bolder steps as a community," he said.


Also on Monday, interim police Chief Jennifer Morrison responded to the Floyd case by fast-tracking two changes to departmental policy that a special committee on policing proposed in February.

In a memo, Morrison announced that officers must intervene any time they witness misconduct or excessive force by a fellow officer, and that they must prioritize deescalation whenever feasible. Both changes were expected to be included in a forthcoming revision to the department's use-of-force policy, but Morrison said she decided to implement them immediately to show community members that the department took their concerns seriously. "Right now, the community needs to know that we are doing everything possible to prevent anything like what we saw in Minneapolis from happening here," she said during a briefing with the mayor.

Watch the full meeting below, courtesy of Channel 17:
Prev
Next