After 30-Plus Days, Protesters Pack Up Battery Park Encampment | Off Message

The occupation of Burlington’s Battery Park is over.

After approximately 35 days camped out in the green space, racial justice protesters called it quits on Wednesday evening. They spent hours taking down a tent city that had sprouted toward the end of a summer filled with national incidents of police violence against people of color.

But leaders vowed that their fight against racism and other inequities isn’t over.

“We are not fucking done, people,” organizer Zanevia Wilcox told a crowd of about 60 protesters during a break for dinner. “There’s a lot of work that needs to be done. And we may not be sleeping here 24/7, but just know, this will be our beacon. This will be the space we come to when we call for events, the space we come to when we want to inform folks of what’s happening.

“But the one thing you have to promise you are going to do,” Wilcox continued, “is that you’ll continue to keep yourselves informed.”

For weeks, the protesters have been a fixture in the park that abuts the city's One North Avenue police headquarters. They've participated in regular evening rallies, marching to Burlington City Hall and even to Mayor Miro Weinberger's home in the Hill Section. Last week, they tore up and burned copies of Seven Days at the downtown Black Lives Matter mural on Main Street, protesting a cover story about the movement.

The camp deconstruction was orderly. The activists labeled tents and took pictures of them to ensure that they would be returned to their owners. Some would be donated, as would bags full of clothes and other items left behind. Trash, including broken tents and chairs, was chucked into a dumpster in the parking lot next to the Burlington Police Department.

A doormat bearing the words “Come Back With a Warrant” lay in the grass. Cardboard protest signs, some emblazoned with the names of three cops the demonstrators demanded the city fire, were saved for a future art project. Activists loaded stuff into waiting cars that bumped hip-hop, the soundtrack to impromptu dance parties.

Weinberger Taps YMCA Chief to Lead Police 'Transformation' Effort
By Derek Brouwer
Off Message
But the protesters left with more than just dirty laundry. Their movement led city officials to offer Sgt. Jason Bellavance, who pushed and knocked a Black man unconscious during a September 2018 incident, a package worth more than $300,000 to resign. And last Friday, in another attempt to appease protesters, Weinberger hired a new, temporary director of police transformation to lead the city's work to "forge a new consensus on policing."

The weeks of demonstrations had made clear that a large contingent of young residents were not happy with the status quo. What remains to be seen is whether those messages will still resonate with officials after the demonstrators are no longer a constant presence in the streets. 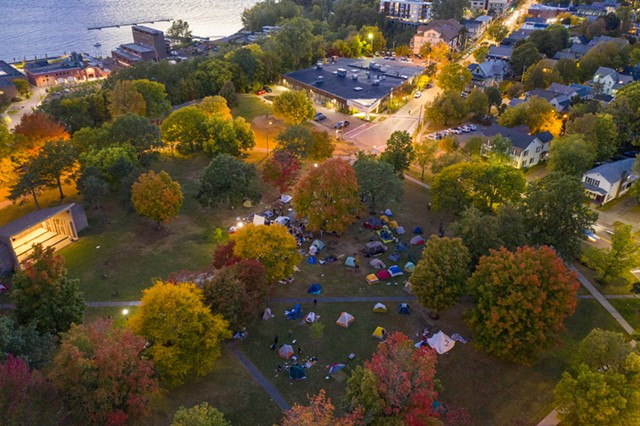 The protesters initially vowed to stay in Battery Park until the city fired Bellavance and officers Joseph Corrow and Cory Campbell, all of whom had been involved in violent incidents. But the group will leave with Corrow and Campbell still on the force, a situation the protesters acknowledged on Wednesday night.

Reading to the group from a statement it planned to release on Thursday, organizer Harmony Edosomwan announced the end of the “intentional civil disobedience” in Battery Park and laid out plans for what's next: continued calls for racial equity, policing overhauls, and funneling services to people who are homeless or battling substance use disorder and mental health issues.

“While we take our leave from a 24/7 presence at Battery Park,” Edosomwan said, “we will continue to raise our voices and resist the current corrupt system until all violent officers are removed ... until we create a new public safety apparatus that serves all people, until we stop criminalizing the conditions of being unhoused or impoverished, until we have dismantled systemic racism in this city."

Several tents remained in the park Thursday, including some belonging to homeless people who had also set up camp in the park. In a written statement that evening, Weinberger said the city is "working with the remaining campers in the park to understand their needs and any services that we can help with."

He also said he "welcome[d] the news" that protesters had ended the encampment, saying it had been his "goal from the beginning of the demonstrations to find a way to this outcome without the escalation, clashes between protestors and police, and destruction that many other American cities have experienced in recent months."


"Looking forward, I am fully committed to working with all members of the Burlington community, including the protestors and the BPD, to root out systemic racism in all of its forms, and to forge a new consensus on policing in Burlington,” Weinberger wrote. 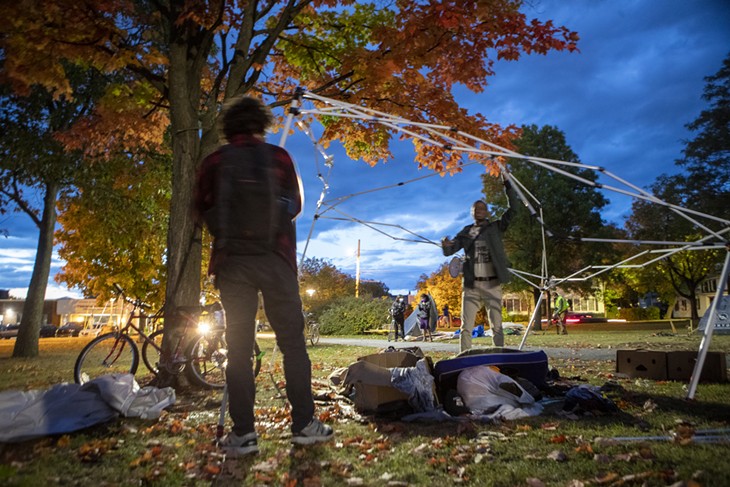 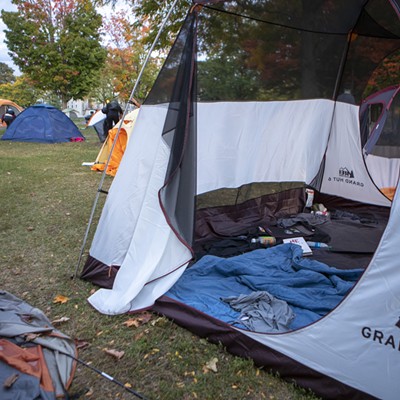 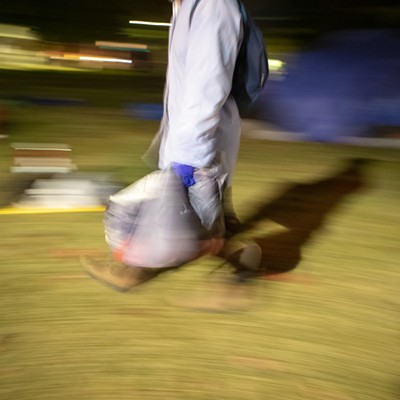 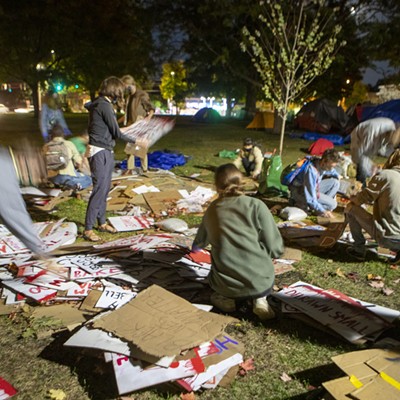