UVM Scientists, Engineers Team Up to Create 'Vermontilator' | Off Message 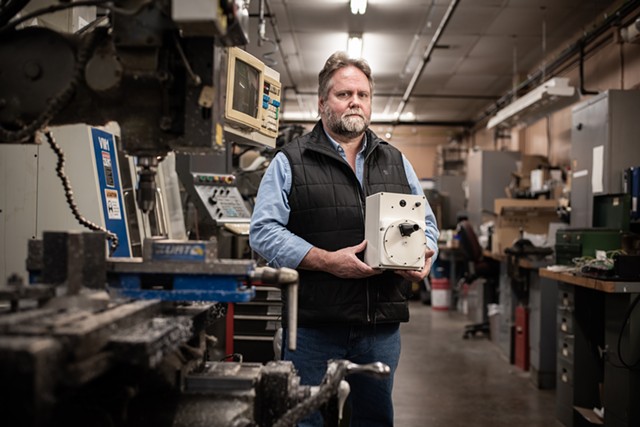 A team of University of Vermont scientists, engineers and doctors has created an inexpensive and quick-to-manufacture ventilator intended to help patients suffering from serious cases of COVID-19.

The Vermontilator is about the size of a toaster and weighs about five pounds. Unlike a traditional ventilator — a complex device that can cost more than $25,000 to make — the Vermontilator can be built for a couple hundred bucks with simple, widely available parts. It’s powered by a 12-volt battery.

Using determination and a bit of Yankee ingenuity, the team's goal is to mass-produce the device before the expected surge in coronavirus cases. Vermont health officials expect the state will see peak infection in late April or early May, but the wave is already hitting places such as New York City.

“The whole thing is going at a bewildering pace,” said project lead Jason Bates, a lung expert at UVM. “At the same time, we’re trying to get to the finish line for this prototype that can be safe, robust and meet the requirements that gives it a chance at [U.S. Food and Drug Administration] approval.”

Though he never expected to build a ventilator, Bates says his experience as a physiologist and a biomedical engineer prepared him for the task. In mid-March, Bates sent a sketch of the device to UVM's IMF lab, which is short for Innovate, Model, Fabricate. IMF engineer Carl Silver built it overnight using parts he found at home and at the lab.

“That was the watershed moment for me, because suddenly [I realized], oh my God, these guys can actually do it,” Bates said. 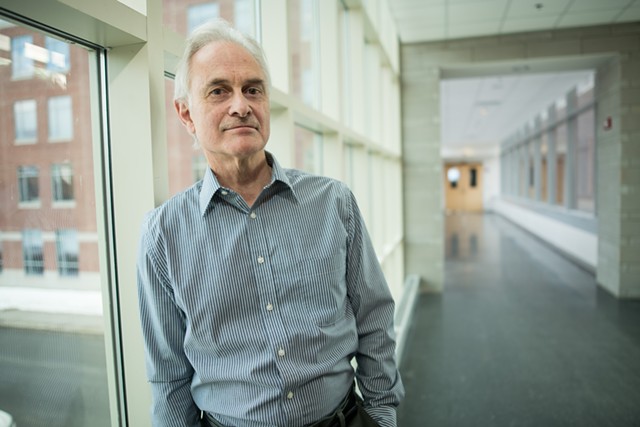 Since then, Bates, Silver, IMF Lab director Mike Lane and fellow engineers Jake Kittell and Guy Kennedy have met via video conference call every morning, even on weekends, to refine the design.

Bates says the Vermontilator would actually be safer for COVID-19 patients in the long run. Typical ventilators can cause portions of the lung to collapse, stick together and peel apart repeatedly, like Velcro, he said.

“The vents people use are a double-edged sword,” Bates said. “They need assistance from a mechanical vent, but it can also cause a great deal of damage of ventilator-induced injury, which can be fatal.”

By contrast, the Vermontilator uses a technique called airway pressure release ventilation, which keeps the lungs inflated as if the patient is taking a deep breath. The machine expels air regularly, but the patient’s lungs don’t ever collapse, Bates explained, which avoids damaging them.

The lab will test the prototype on a simulated lung to ensure it works on patients. It will also need approval from the FDA, which recently loosened regulations on medical devices under what’s known as an Emergency Use Authorization. For instance, devices that are typically used for sleep apnea can now be used in a pinch to help COVID patients breathe. Machines such as the Vermontilator would only be employed if a conventional vent isn’t available.

Bates has no idea how the Vermontilator will fare in the FDA process, but he’s confident that the machine is safe and effective. Working remotely, IMF engineers are fine-tuning the machine’s alarm system so it will notify medical personnel if the device fails. They’re also ensuring that the machine properly traps and filters the infected respiratory droplets that the patient exhales, and they're making sure that the device itself doesn’t emit any noxious fumes.

“We’re just doing the best we can in an incredibly short time … to see if we can cover those bases as fast as we can,” Bates said. Lane has been in touch with manufacturers who could produce the ventilator. The team was flooded with offers to help after the university published a blog post about the effort last week. The response has been so great that Bates had to enlist his wife, Nancy, to help manage his emails about the project. And on top of it all, Bates is still teaching a class at the university, hosting lectures two times a week on Zoom.

Lane is similarly overwhelmed by the project, saying it’s been “nonstop, never-ending” for the last two and a half weeks. His lab usually has a much longer lead time for projects, and there’s way less at stake.

“We all realize there are many roadblocks to get across the finish line, and the finish line is helping save lives,” he said. “It’s the group of us together, and if we pull this off, that will be the reason.”
Prev
Next