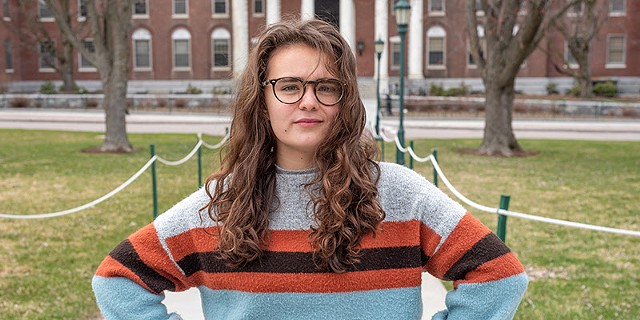 Nearly 100 University of Vermont nursing students will graduate early and go right to work to help a health care system strained by the coronavirus crisis.

Among them is 21-year-old Kathryn Calisti, who admitted she is nervous but eager.

“I’m ready to jump in and help out,” she said. “We’re well trained. We know more than we think we know at this point.”

Most undergrad UVM students were scheduled to earn their degrees on May 17, but the in-person commencement ceremony has been canceled. Nursing students will now officially graduate on May 1, at which point the Vermont State Board of Nursing will grant them temporary permits to begin work immediately.

Nursing grads normally study in June for what’s known as the NCLEX exam, take it in July, and, if they pass, become registered nurses in August, when they traditionally start working. The changes and temporary permits will allow the grads to get to work months earlier, noted UVM provost and senior vice president Patricia Prelock. They’ll take licensure exams after the crisis.


The decision is pending an April 20 vote by UVM’s Faculty Senate to recommend the students for graduation. Prelock said the senate president, Thomas Chittenden, has assured her there shouldn’t be any problem.

“Everyone is feeling very grateful to the students and feel like this is truly a response to our land-grant mission, and is really giving back to the community in a meaningful way,” Prelock said. “It makes us really proud of our students and our faculty in making this decision.”

UVM is among the first schools in the country to allow its nursing students to graduate early, following in the footsteps of Rutgers University, in New Jersey, and Barry University, in Florida.

While UVM commencement has been canceled, Prelock said there are plans in place to hold a virtual “pinning ceremony” on May 16. 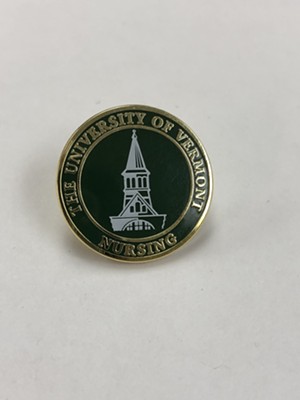 During the event, which is usually held at the Ira Allen Chapel on campus, a special person in the nursing grad’s life pins them with a UVM nursing brooch.

Typically, about half of nursing grads stay in Vermont and the rest leave for jobs elsewhere, according to Prelock. She’s unsure what members of the current class will decide.

Wherever they are, not all of the grads will be working directly with COVID-19 patients. Calisti, for instance, has been offered a job on the general surgery floor at the UVM Medical Center, where she previously worked as an intern.

Prelock said that filling any positions will hopefully help “relieve some stress from an already overly stressed workforce.”

Calisti, a Massachusetts native, is happy to be part of it.

“Vermont is such a wonderful state, and they are in need of nurses,” she said. “So anything that I can personally do to help out, you know — I signed up for it. I want to get in there soon.”