Media Note: Layoffs at VTDigger, Furloughs at Gannett | Off Message 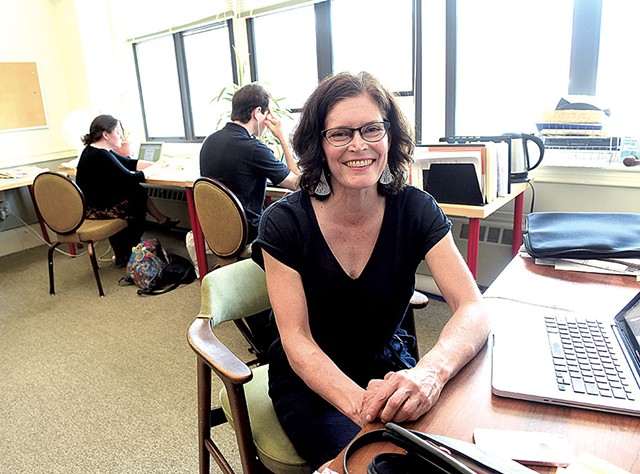 VTDigger.org — a statewide nonprofit news organization — laid off three employees on Monday, according to founder and editor Anne Galloway. Meanwhile, Gannett, the Virginia-based owner of the Burlington Free Press, announced that most reporters and editors at the chain's newspapers would be furloughed for one week per month through June.

The layoffs at VTDigger are the first in its 10-year history. They include one part-time newsroom employee, as well as one full-time and one part-time member of the organization's business staff. VTDigger has also frozen three new business positions that have yet to be filled. Prior to the layoffs, the nonprofit had 29 employees.

"Like all businesses in Vermont, we were caught by surprise — and the very necessary social distancing and stay-home initiatives that the government has taken have had an immediate impact on our business," Galloway told Seven Days. "It's painful, but we have to recognize reality, and we think that we can move through this stronger than we were before."

Underwriting, or advertising, accounts for 35 to 40 percent of VTDigger's revenue, according to Galloway. It has taken a hit as other businesses have suffered. Galloway said she's also keeping an eye on major donors, whose fortunes have dwindled as the stock market has tanked.

In a note to readers, Galloway wrote that the board of VTDigger's parent organization, the Vermont Journalism Trust, had called for a 21 percent budget reduction. She told Seven Days that she believes Monday's layoffs would suffice through the summer, though she added, "There are still too many unknowns."

Media Note: Vermont News Outlets Ramp Up as Outbreak Threatens Business
By Paul Heintz
Off Message
The cuts come as VTDigger reporters have scrambled to cover the outbreak. The news outlet, which provides stories to many newspapers around the state, has launched a newsletter and a rolling blog focused on the coronavirus, and it has carried many press conferences and news events live on its website. According to Galloway, it has quadrupled its readership in recent weeks.

Gannett, which publishes more than 250 newspapers, including USA Today, announced its own cuts in a pair of memos on Monday.

USA Today Network president Maribel Perez Wadsworth wrote that employees who make more than $38,000 a year would be forced to take one unpaid week of leave in each of the next three months. Gannet's chief executive officer, Paul Bascobert, wrote that he would not take a salary while his staffers were furloughed and that other executives would take a 25 percent pay cut.

"Overall ... we expect our revenue to decline considerably during this period and we need to address this situation head on," Bascobert wrote.

It was not immediately clear how and when the furloughs would affect the Burlington Free Press, which has faced round after round of layoffs in recent years. The newspaper's editor, Emilie Stigliani, did not respond to requests for comment on Monday.

Media Note: Waterbury Record to Close
By Paul Heintz
Off Message
Over the past two weeks, organizations throughout Vermont, including Seven Days, have laid off or furloughed workers, reduced the frequency of their print editions, and made other cuts. Three newspapers — the Milton Independent, Colchester Sun and Essex Reporter — have suspended their print editions altogether. Last week, the Waterbury Record shut down.
Prev
Next