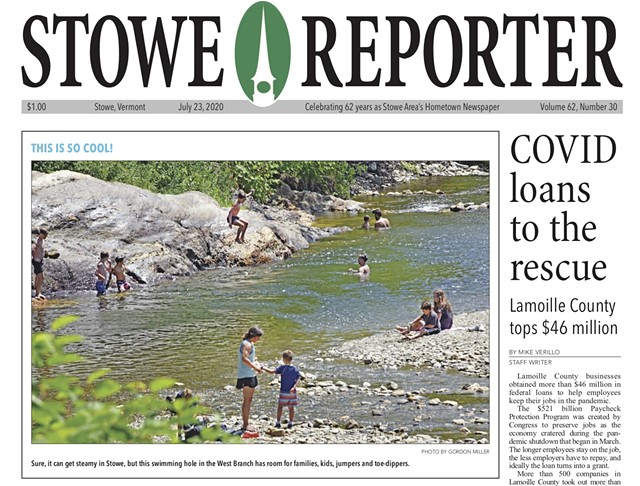 The Vermont Community Newspaper Group, which publishes the Stowe Reporter and four other weekly papers, laid off three of nine editorial employees this week.

"It's pretty heartbreaking," said publisher Greg Popa. "We've invested a lot of money into content, and that's always sort of been our our mantra here: that you can't cut your way to excellence. So it's really hard on us to do this."

The move comes four months after the company shuttered a sixth weekly, the Waterbury Record. Since then, it has also laid off two members of its graphics department and eliminated through attrition two sales and one administrative position, Popa said.

The company's other papers include the News & Citizen of Morrisville, the Other Paper of South Burlington, the Citizen of Hinesburg and Charlotte, and the Shelburne News.

Among those laid off this week was Tom Kearney, a veteran New England journalist who spent two decades as executive editor of New Hampshire's Keene Sentinel. In recent years, he has served as managing editor of the Vermont Community Newspaper Group's Lamoille County papers and executive editor of its Chittenden County papers. Stowe Reporter editor Josh O'Gorman and reporter Mike Verillo also lost their jobs. According to Popa, a "very part-time" editorial employee of the Other Paper was also laid off.

Kearney and O'Gorman declined to comment. Verillo said, "A lot of businesses are hurting right now across the country. This is not a unique situation."

News organizations have been especially hard hit as the companies they rely on for advertising have been closed due to the coronavirus pandemic. In Vermont, Seven Days, VTDigger.org, the Valley News, the Rutland Herald, the Brattleboro Reformer, the Bennington Banner and the Burlington Free Press have all announced layoffs or furloughs since March.

Popa said the Stowe Reporter has suffered more than others due to its reliance on its hometown's tourism economy. "We were hopeful that by midsummer things would start to turn around," he said. "I think they have a little bit, but we are trying to just ensure that we're here for the long term and to make sure that that happens."
Prev
Next