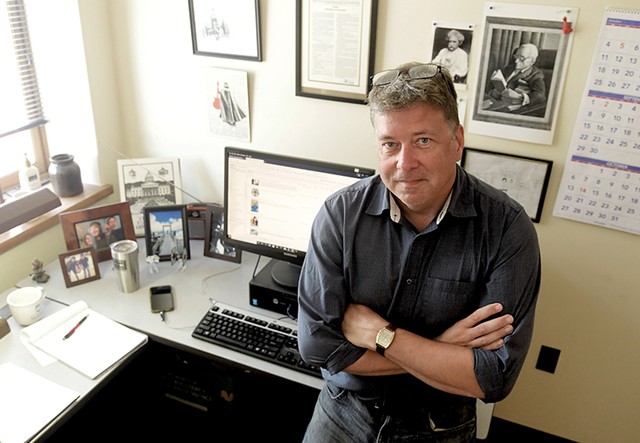 In an interview Wednesday, publisher Steve Pappas acknowledged that the coronavirus outbreak had led to a "sharp drop" in advertising revenue at the newspapers he runs, the Rutland Herald and Barre-Montpelier Times Argus. But he said he had no plans to make major cuts.

"This is hard and it has the potential of getting harder," Pappas said.

On Friday, it got much harder. That morning, he got the word from the papers' owner, Pennsylvania-based George "Scoop" Sample, that they would have to take extraordinary measures to stay in business. The men agreed to lay off 20 out of 42 employees and reduce the frequency of the papers' print editions from five days a week to three.

The changes, Pappas hopes, are temporary.

"I've been told this will be for two weeks," he said. "I'm holding Scoop to his word that in two weeks, we will have accumulated enough revenue to restart the engine in full."

The layoffs, which take effect Saturday, are spread across every department, from customer service to the newsroom. According to Pappas, employees have taken the news well, expressing relief that the papers won't be shuttered completely. "As hard of a day as it's been, the staff has made me realize how professional and loyal they are and how devoted they are to these communities," Pappas said.

Media Note: Vermont News Outlets Ramp Up as Outbreak Threatens Business
By Paul Heintz
Off Message
In recent years the Herald and Times Argus have published print editions five days a week, from Tuesday through Saturday. They will now print on Tuesdays, Thursdays and Saturdays, while continuing to post stories online the rest of the week.

This isn't the first time they've had to reduce their frequency. Facing financial pressures in 2016, the once-daily newspapers cut back to four days a week. Sample later restored them to five. (The Herald was founded in 1794 and became a daily in the mid-19th century.)

According to Pappas, Sample "insisted that this is a temporary thing and it's going to be two weeks." But, the publisher added, "I mean, I'm seeing the same things everybody else is seeing — that [the outbreak] could go on for weeks or months."
Prev
Next