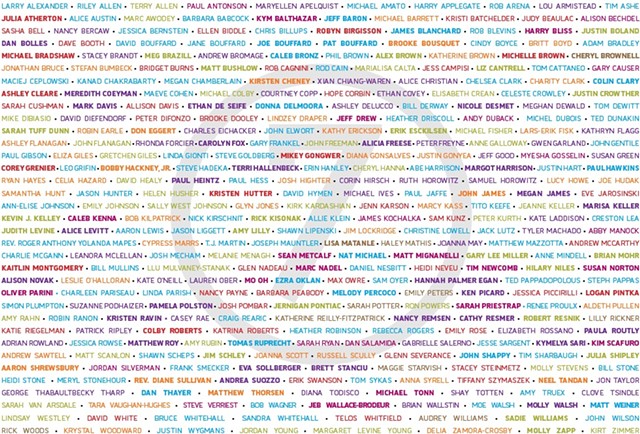 Faced with a decline in advertising due to the coronavirus outbreak, Seven Days laid off seven employees Monday in what the newspaper’s leadership characterized as a temporary move to weather the crisis.

According to publisher and cofounder Paula Routly, the cuts will allow the Burlington-based weekly “to be more nimble while fulfilling our critical public service mission during the pandemic.” She said she hopes to rehire those who lost their jobs in 10 weeks.

The layoffs represent close to 15 percent of the paper’s staff of roughly 50 people. According to Routly, the publishing team chose one person from each department — web, design, sales, news, arts, features and editing — in order to “minimize the impact on remaining staffers and the important journalism they produce.”

The company plans to continue paying health insurance premiums to those who were laid off, Routly said, “with a goal of bringing them back when COVID-19 has run its course and this nightmare is over.”

The economic shock caused by the outbreak has prompted newspapers around the country to hemorrhage staff and, in some cases, shut down. Alternative weeklies such as Seven Days have been hit particularly hard because they rely heavily on print advertising from local food and entertainment businesses — many of which have been forced to close down.

In an interview last week, Routly said, “Thirty percent of our advertising comes from events and restaurants and different ways that people gather. We create community. Those advertisers have just dropped off overnight.”

Other Vermont newspapers have also cut staff. The Rutland Herald and Barre-Montpelier Times Argus laid off 20 staffers last Friday for a two-week period and reduced their frequency of publication from five days a week to three. Earlier last week, the publisher of three southern Vermont newspapers — the Brattleboro Reformer, Bennington Banner and Manchester Journal — announced a plan to furlough all employees for a week.

One Vermont newspaper, the weekly Williston Observer, recently launched a Go Fund Me campaign to stay in print.

According to Routly, community members have been stepping up to support Seven Days. This month, the newspaper has doubled the number of “Super Readers” who make regular donations, from 250 to 500. Fourteen staff members have also volunteered to take temporary pay cuts, she said.

Seven Days is owned by Routly, three associate publishers and 13 other employees.

In its 25-year history, Routly said, the company had previously laid off just one employee — during the 2008 recession.

Disclosure: Paul Heintz is an employee-owner of Seven Days.
Prev
Next