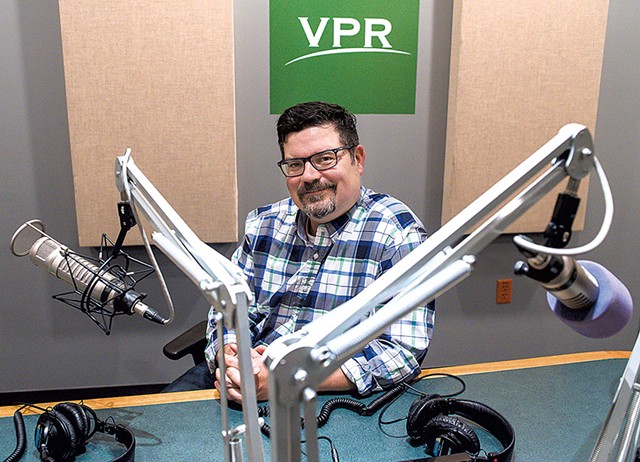 In testimony to the House Energy and Technology Committee, the leaders of Vermont Public Radio and Vermont PBS asked lawmakers for a piece of the state's $1.25 billion in federal Coronavirus Relief Fund money. They argued that their news and educational programming had become essential to Vermonters during the pandemic, and they expressed concern that declining revenue and aging infrastructure could imperil their networks.

"We are seeing the strains that you are in your communities with our underwriters, with our members," VPR president and CEO Scott Finn told committee members. "We don't know what the future holds, but we're concerned about decreases in our revenue, and so this funding would allow us to be confident that we'd be able to continue this service through the end of the year."

According to Finn and Vermont PBS president and CEO Holly Groschner, committee members approached them to gauge their interest in the relief money, which must be spent by the end of this calendar year on expenses directly related to the pandemic. In written proposals to the committee, the organizations sought funding to compensate them for programming, curriculum development and transmission tower upgrades.

Related How Vermont Is Spending $1.6 Billion in Federal Coronavirus Aid

How Vermont Is Spending $1.6 Billion in Federal Coronavirus Aid
By Paul Heintz
Coronavirus
In her testimony, Groschner said that some of her station's equipment was the technological equivalent of "museum pieces." Finn said he was particularly concerned about VPR's Mansfield transmitter, which serves roughly half of his station's listeners via 107.9 FM. "We're afraid it will just go out," he said.

The two stations have worked with the state Agency of Education to provide new programming for students since the state's schools closed, and VPR has produced additional journalism and live shows in recent months.

Both of the broadcasters characterized their respective stations as facing great financial hardship due to the economic downturn prompted by the pandemic. "By receiving this federal funding, I won't have to do other awful things in my organization, like lay off people or, you know, try to find loan funding that we have to pay back at some time in the future," Finn said.

"Our concern is, as we lose underwriters and as people are unemployed, what will happen as we find ourselves in an emergency situation needing more money than we have?" Groschner added.

But unlike many news organizations in Vermont and throughout the country, neither station has had to lay off any employees, and both have significant reserves — Vermont PBS in particular.

Related How Will Vermont PBS Spend its $56 Million Windfall?

How Will Vermont PBS Spend its $56 Million Windfall?
By Mark Davis
Media
In 2017, the television station auctioned off one of its four broadcast licenses, reaping $56 million. In an interview, Groschner said that $40 to $45 million of the money remained. The station, which recently set an annual budget of $7.8 million, initially applied for the federal Paycheck Protection Program, Groschner said, but ultimately decided not to take the forgivable loans because its needs were not dire.

"We thought that we could continue to operate and we would continue to keep people employed, so we said our issue, the coronavirus, does not give cause for us to take that money," she said. The station did receive $260,000 in federal aid through the Corporation for Public Broadcasting, she said.

Asked why Vermont PBS was asking the state for support when it could afford to use its own cash reserves to improve its infrastructure, Groschner said, "We can, over time. The committee asked for how we would use federal dollars to ensure the resiliency of the system, and we told them."

According to Finn, VPR has seen a decline in corporate underwriting and has lost some member donations due to the pandemic. But he said that many supporters have maintained their generosity. "It's been amazing how much they've responded, even as unemployment expands and business dries up," he said. "People are still supporting VPR in a wonderful way, so we're grateful for that."

VPR's annual budget is $9.5 million, Finn said, and the station has $2.7 million in cash on hand. It has a $1.8 million reserve fund that can be used for any purpose designated by VPR's board of trustees, according to Finn, and two restricted endowments: $7.7 million from its Creating a Sound Future campaign and $1.5 million to support classical music programming.

Like Seven Days, VTDigger.org and the Brattleboro Reformer, VPR applied for and received a federal PPP loan — in VPR's case, worth more than $961,000, Finn said. Six percent of its annual revenue comes from the Corporation for Public Broadcasting, but VPR does not typically receive money from the State of Vermont. (Vermont PBS received regular state appropriations until 2018.)

VPR has a three-person bureau in Montpelier and regularly covers the Statehouse, but Finn said he was not worried that asking the legislature for money would constitute a conflict of interest.

"I have no concerns about it. We receive money from many different sources, and we still maintain our editorial integrity, regardless," he said, noting that his station's journalists are walled off from such activity. "Whether we're receiving support from a business, an individual or a government entity, I think their independence is unquestioned."

It wasn't immediately clear Friday whether the House Energy and Technology Committee would recommend granting VPR's and Vermont PBS' requests. Committee members appeared receptive, but Rep. Avram Patt (D-Worcester) questioned whether "shoring up infrastructure, unless it was specifically damaged during this emergency time" would pass muster with federal auditors given the program's strict criteria.

"We saw the resiliency of public media for Vermont as a critical and a systemic need," Groschner responded. "Now, it didn't fail, thankfully, during the past period since we've been under executive order for stay-home. Will it fail next month? We only picked the items [for funding] that might."
Prev
Next