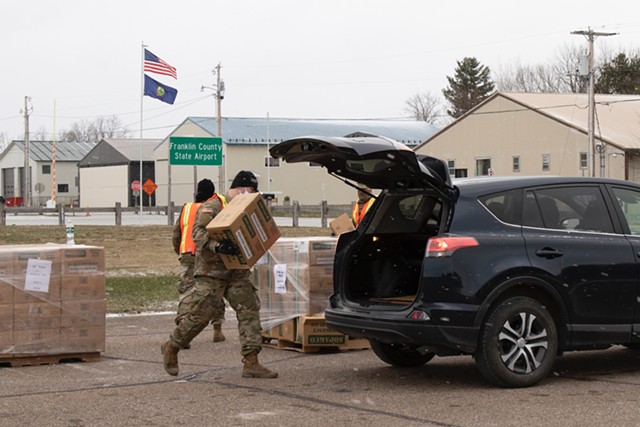 The Vermont National Guard on Wednesday, April 22, distributed 42,240 MREs — or Meals, Ready to Eat — to Vermonters at a distribution site in Swanton, according to the Vermont Foodbank.

The demand for food was so great that the 15 or so Guard members handing out packaged meals ran out of the initial inventory of 24,000 MREs in three hours. The site was shut down for most of the day until reinforcements arrived, according to the Foodbank, which is working with the Guard to distribute the food.

Organizers “scrambled to get more” MREs, said Nicole Whalen, the Foodbank’s director of communications and public affairs. A supplemental shipment arrived at 5 p.m. By the end of the day, the Guard had distributed 42,240 MREs, according to Whalen. “This is crisis mode, 100 percent,” she said.

Vermonters' need for food assistance has increased by 30 to 100 percent due to the economic impact of the  coronavirus pandemic, according to the Foodbank.

The distribution of FEMA-supplied MREs  at the Franklin County State Airport was the first of  five such distributions taking place in the next week across Vermont. The second one will be Friday, April 24, in North Clarendon at the Rutland Southern Vermont Regional Airport.

MREs earmarked for Rutland County were diverted to Swanton on Thursday, so the Foodbank placed an order with FEMA for additional shipments. Four trucks carrying about 27,000 MREs apiece are expected Friday in North Clarendon, according to Whalen. 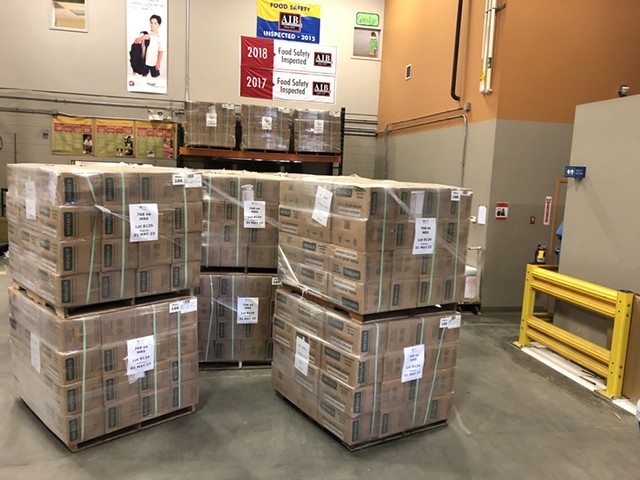 “We need to be planning for far more than we initially expected,” she said. “This is definitely bringing to light for the state and the emergency operations center that this needs to be a much higher priority.”

Roughly 600 cars showed up at the airport in Swanton on Thursday. Each person received a case of 16 MREs, which is meant to provide food for one person for one week, according to Whalen.