Thousands of Vermonters Flock to Food Distribution in Middlebury | Off Message

Thousands of Vermonters Flock to Food Distribution in Middlebury

by Matthew Roy and James Buck 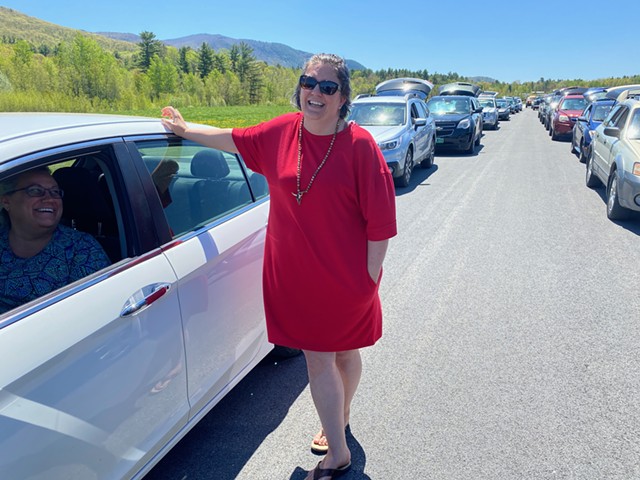 Another food giveaway — this time at the Middlebury State Airport — drew thousands of Vermonters who lined the approaching roads on Wednesday and waited hours for provisions.

Many in line said they had never before experienced food insecurity. The scope of this and other food assistance events have been unparalleled in Vermont's modern history.

"My daughter came out of the driveway to get in line at seven o'clock, and the line was already way down [Route] 116 and around the corner," said Jason Murray, who lives on Airport Road. "She got back probably around 10:45."

"They're doing a good job, though," he added.

"They" are members of the Vermont National Guard, who through the U.S. Department of Agriculture-funded Farmers to Families program distributed boxes of nonperishable food along with produce, chicken and dairy. Everyone was welcome.

Angela Scavo got out of her vehicle to stretch her legs during the wait.

"We are usually a two-income family," she said. "Right now, we're a one-income family. A little bit of food is helpful." 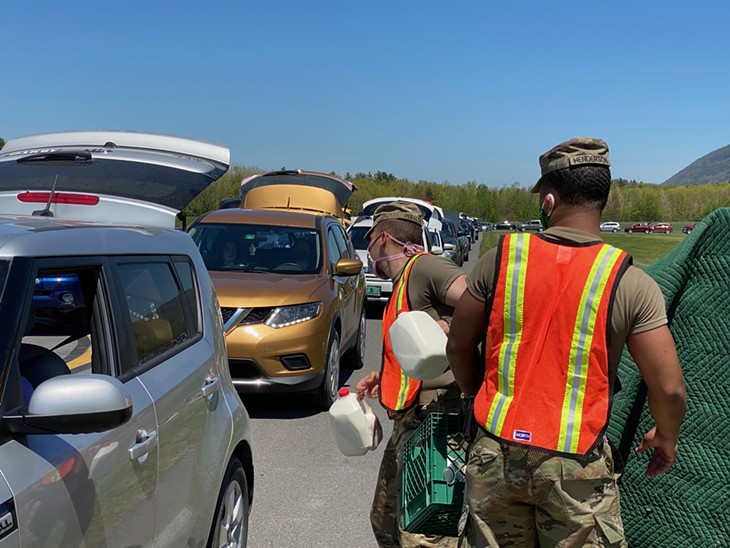 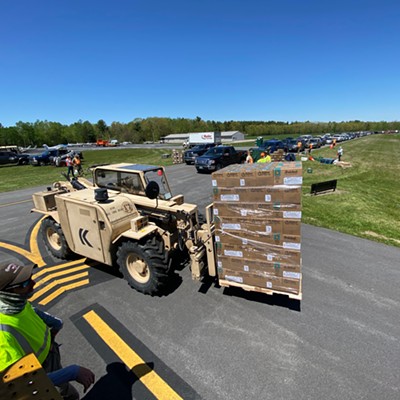 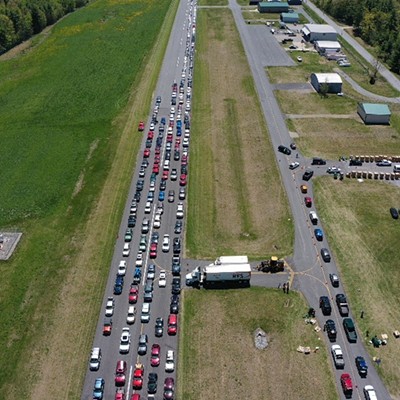 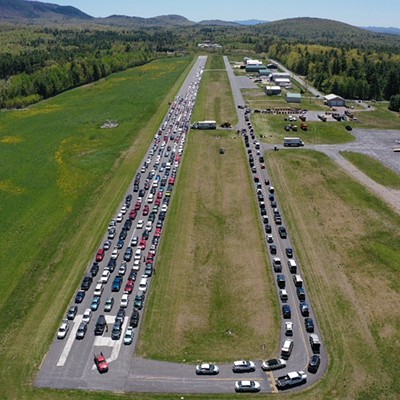 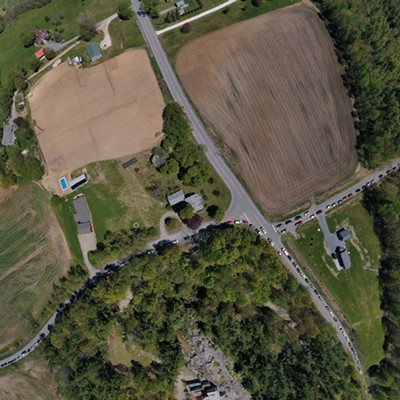 Wednesday, organizers distributed another 1,000 Farmers to Family food kits and 1,848 sets of nonperishable foods from FEMA, each of which contains about 15 meals.


"I'm just devastated that this is the state of our community right now, that this need exists," Whalen said, adding, "Here we live in the richest country in the world, and this is reality? It's unfathomable."

The Farmers to Family program helps, but does not satisfy people's needs, she said. She suggested the federal SNAP program could simply be expanded to allow people to select the foods they need — rather than waiting in the sun for hours.

More events are planned, organizers say, from 10 a.m. to 2 p.m. on the following dates:

Organizers ask families not to bring pets to the distribution points, and to wear masks. Sick people should ask somebody to go in their place. Expect to wait, organizers warn, and bring a drink and snacks.

"It feels good that there's actually somebody out there who wants to help people," Murray said, after his daughter got home. "It's good to see the soldiers out there helping people out. Everybody needs it, young, old."
Prev
Next