A Burlington builder flashed a V sign out the window of his Ram 2500 as he steered his pickup under an overpass on the Beltline on Tuesday morning. His victory was being No. 1 in a long  line of cars at a food distribution site in Burlington’s New North End.

The man, who declined to give his name, arrived at 4:30 in the morning, before the sun came up. Three lanes of cars fanned out behind him, filled with Vermonters waiting in the sunshine to receive cases of government-supplied food.

“There’s uncertainty, and we don’t know how long this will go on,” said the man, a father of four, adding that his work is slow. “I’m here for basic needs.”
The food giveaway in Burlington, the first in Vermont’s largest city, was one of several such events that have been held around the state in the past month.

Slideshow Lining Up for Food Assistance on the Beltline in Burlington 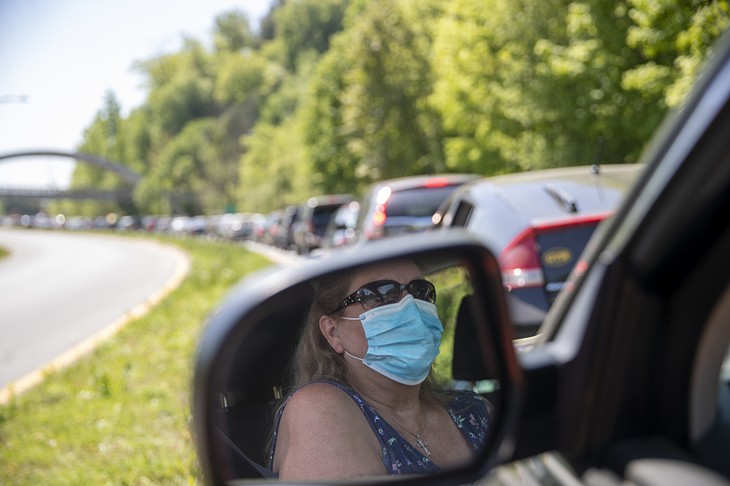 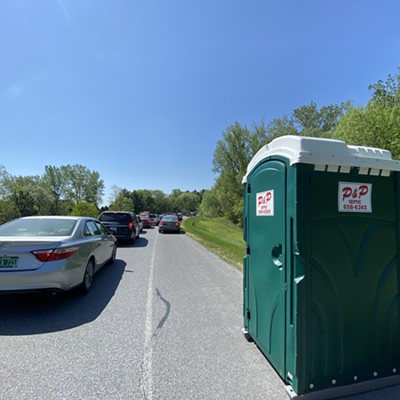 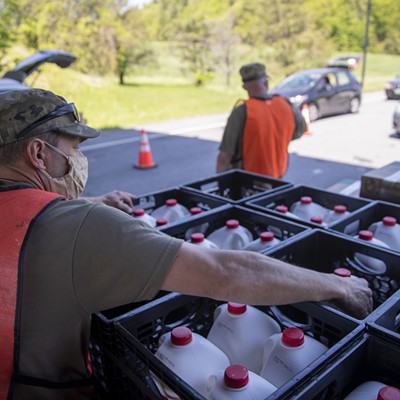 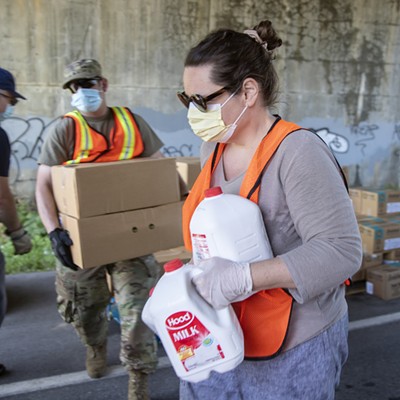 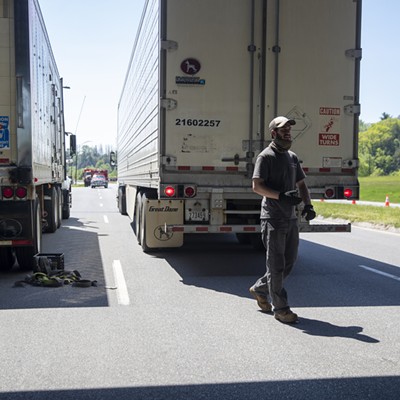 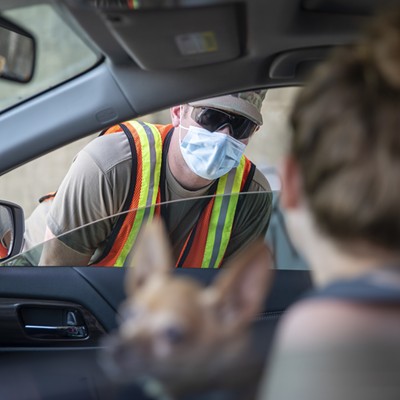 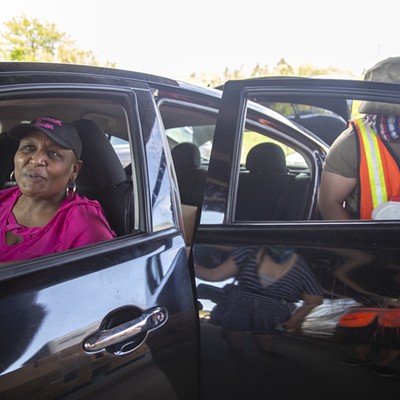 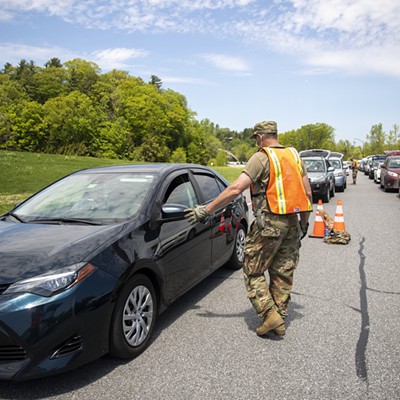 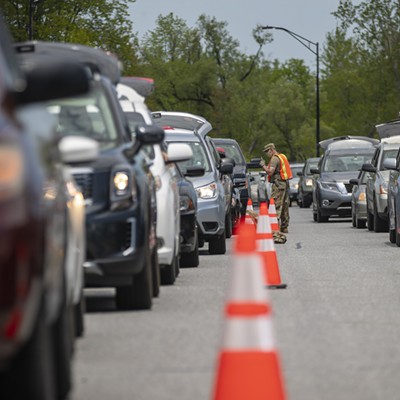 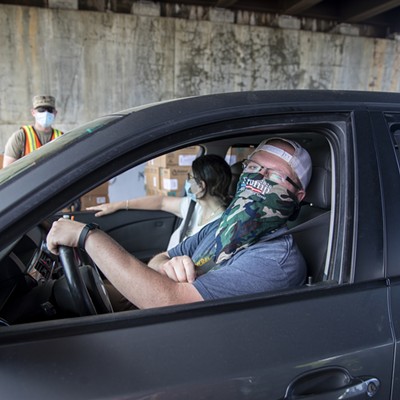 Organized by the Vermont Foodbank in collaboration with the Vermont National Guard and the state’s Emergency Operations Center, the distributions aim to address a steep rise in food insecurity due to job losses and the economic impact of the coronavirus pandemic.

In Burlington, roughly 550 cars moved through the line at a rate of about 120 cars an hour, according to organizers. Some people got food for themselves and family members. Others came to assist people who don’t have cars or were otherwise unable to access the food.

A Colchester woman who lost her job in the registration department at the University of Vermont Medical Center said it was the first time she has needed help getting food.

Patricia Mallette, 66, traveled from North Clarendon with her 16-week-old puppy, Molly. The 70-mile trip was minor compared with the 1,475 miles she drove each way, two weeks ago, to pick up her dog.

“We are food short,” Mallette said. “My stepdaughter hasn’t gotten unemployment [benefits] in eight weeks, and they are starving.”

A Shelburne mother of three, driving a Volvo station wagon, arrived at the thoroughfare at 5 a.m. Her family is in the construction business and is experiencing “lack of work and lack of income,” said the woman, who declined to give her name.

The help with food is "huge" and necessary, she said, but the time spent waiting in line could be used to look for work.

Samuel Dingba, 25, youth program coordinator for AALV, drove the New Farms for New Americans van to the Beltline site. Originally from Cameroon, Dingba said he was picking up food for 20 families that don’t have cars.

“It makes me happy to be able to help other families,” Dingba said.

Also collecting on behalf of other people was Steve Hamlin, president of the board of North Avenue Co-op. Hamlin, 62, said he hoped to get food for nine families but wasn’t certain he’d be allotted that much.

“There’s a lot of people in there that are struggling to make their bills, including lot rent,” Hamlin said of residents at the mobile home park.  “As the president, I go out and do everything I can to help them."

The food distributed Tuesday included 1,000 Farmers to Families kits, according to Nicole Whalen, spokesperson for the Vermont Foodbank. Paid for by the USDA and put together by the Abbey Group of Enosburg  Falls, each box contains 15 to 25 pounds of produce, 20 pounds of chicken and 7.5 pounds of dairy products, according to Whalen.

In addition, 1,930 boxes of nonperishable food, supplied by FEMA and totaling about 28,800 meals, were distributed.

One man who came for food, Fred Jackson of Burlington, rode in a pickup truck with a U.S. flag sticking up from the hood.  A onetime airplane mechanic, Jackson said he sometimes gets groceries at Feeding Chittenden in Burlington.

“I heard about this, and I’m needy for food,” Jackson, 62, said. “I think they’re doing the best they can do.”
Prev
Next