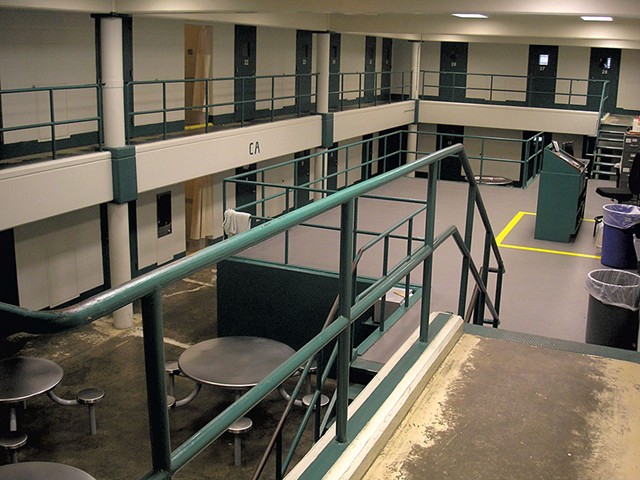 Vermont's Office of the Defender General has concluded that the Department of Corrections and its former medical contractor ignored a dying prisoner's pleas for help and, rather than save his life, threatened him for seeking medical attention.

In a blistering report, a portion of which was released this week, the office accused Corrections of being "complicit in covering up its contractor's gross failure to provide live-saving medical care" in the December 2019 incident. The report alleges that nurses failed to check on the prisoner and that a staffer wrote in a medical log that he was awake when he had, in fact, already died.

"He died after hours of struggling to breathe while nearby nurses did nothing to help," the report reads.

In an interview, Defender General Matthew Valerio also alleged that the prisoner, Kenneth Johnson, may have received substandard care because he was Black. "You can never know what's in another man's heart or mind when they're making decisions, but this clearly calls into question whether or not there was a racial component to the lack of treatment that Mr. Johnson received," Valerio said.

Seven Days first reported last December that Johnson spent his final hours in the infirmary of Newport's Northern State Correctional Facility gasping for air and begging for help. The story quoted a fellow inmate, Raymond Gadreault, who said he witnessed the incident and alerted authorities to Johnson's death in the early morning hours of December 7.

"He kept banging on the window for the nurse to do something about it — and they didn't," Gadreault said at the time.

The defender general's report, which was based on videos, interviews and other records, confirms Gadreault's account and other details reported by Seven Days — including Gadreault's allegation that a staffer had accused Johnson of faking his condition and had ordered him to stay in bed.

"The officer threatened Mr. Johnson that if he did not 'knock it off,' he would be placed [in] holding — a form of solitary confinement," the report reads. "A nurse physically forced Mr. Johnson to lie back in bed."

Vermont Inmate Claims Fellow Prisoner Was Denied Care Before Death
By Paul Heintz
Prisons
It also includes a striking new assertion: that a tumor in Johnson's throat that ultimately killed him could have been treated if prison medical staff had brought him to a specialist. According to the report, he was scheduled to see such a specialist but died before the appointment was to take place.

Valerio's office also suggested that the department had provided a misleading timeline of the evening's events. His investigators found that, by the time Gadreault had alerted nurses to Johnson's apparent demise, he had no pulse. "DOC has claimed that Mr. Johnson died at the hospital, but he was dead on arrival," the report reads.

In the interview, Valerio said Johnson was hardly the first Vermont prisoner to suffer the consequences of negligent care. "This is the most recent in a string of these types of incidents where the medical concerns of inmates are downplayed, not investigated, looked at as malingering or untrue," he said. "There just seems to be a culture within the Department of Corrections and with [its] medical providers to not believe the people who come to them with medical problems." 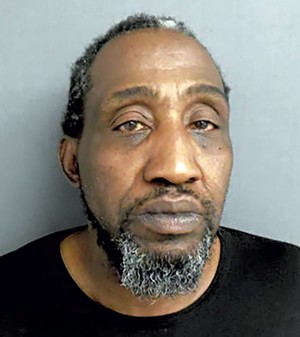 Johnson, who was 60 at the time of his death, was awaiting trial on charges of human trafficking and sexual assault of a minor. Authorities accused him and another man in September 2017 of luring a 15-year-old girl to a Lyndon motel, plying her with gifts, repeatedly assaulting her and attempting to bring her to New York City to engage in sex work. He had pleaded not guilty to the charges.

The report was written by attorneys and investigators from the Prisoners' Rights Office, an arm of the Office of the Defender General, with input from a former medical director of the Department of Corrections. Though the department received a full copy of the report last week, Valerio would only release to the public a three-page executive summary. VTDigger.org first reported on its contents Tuesday.

In an apparent effort to get out ahead of the report's release, interim Corrections Commissioner Jim Baker convened a press conference last week to describe elements of what happened. "Mr. Johnson repeatedly told staff that he could not breathe," Baker told reporters at the time. "I don't know why the reaction was not different."

Corrections Commissioner Faults Medical Care in VT Inmate's Death
By Colin Flanders
Off Message
The commissioner also announced that his department had severed ties with Centurion Managed Care, the medical contractor whose nurses worked in the Northern State infirmary when Johnson died. He said that Centurion had sought a new three-year contract with the department but that another firm, Kansas-based VitalCore Health Strategies, had submitted a lower bid for the roughly $20 million annual contract.

Centurion representatives did not respond to requests for comment.

In an interview on Tuesday, Baker expressed remorse for what he characterized as a systemic failure by his department. "It's very hard to read the findings of their report," he said.

Asked whether he believed his department was responsible for Johnson's death, Baker said, "He was in custody, in our care, and he died on our watch. I don't know how plainer I could be. We were responsible for him, and he passed away." The commissioner added, "We take responsibility for the failure of the system that led to his death."

Baker declined to address several specific allegations made in the report, saying that he first hoped to speak with Valerio to better understand the evidence that led to certain conclusions. Asked, for example, whether his department was "complicit in covering up" Centurion's alleged failure to provide medical care, Baker said, "It's hard for me to react to that without knowing what they're basing it on."

Baker did not take issue with Valerio's view that Johnson's race could have played a role in his death. "The fact of the matter is, Mr. Johnson was African American, and our response, from a medical standpoint, was not what a community standard would expect when someone is in distress," he said. "So I believe Defender General Valerio's comments are a fair question."

The commissioner did dispute an assertion in the report that the department had failed to conduct an internal review. In addition to that probe, Corrections has contracted with the law firm Downs Rachlin Martin to conduct an independent review of Johnson's death in order to, as Baker put it, "fully understand the circumstances" of the situation and the role Corrections staffers may have played.

Downs Rachlin is simultaneously engaged in a separate investigation of the department focused on Seven Days' reporting last year on allegations of sexual misconduct, drug abuse and retribution at the state's women's prison.

Guarded Secrets: Claims of Sexual Misconduct, Drug Use Plague a Vermont Prison for Women
By Paul Heintz
Prisons
Several other entities have investigated the circumstances of Johnson's death. According to Vermont State Police spokesperson Adam Silverman, his agency is working with the Orleans County State's Attorney's Office, the Department of Health's Office of the Chief Medical Examiner and the Secretary of State's Office of Professional Regulation to understand what happened.

Disability Rights Vermont has completed its own investigation and sent its findings to the Department of Corrections earlier this month, according to executive director Ed Paquin. He said he could not release his organization's report without the permission of Johnson's family, but he said it largely mirrored the defender general's.

The defender general's report also makes a number of policy recommendations to a variety of state governmental entities. It calls on the Human Rights Commission to investigate the role implicit racial bias may have played in the incident; the Department of Human Resources to investigate potential staff misconduct; and the Office of Professional Regulation to review the actions of professional licensees involved in the matter. It also calls on the Department of Corrections to strengthen its oversight procedures and training, and it says the legislature should mandate timely reviews of inmate deaths and better medical supervision.

Paquin said he agreed with those suggestions.

Read the full three-page summary below: