Thousands March in Montpelier Demanding an End to Police Violence 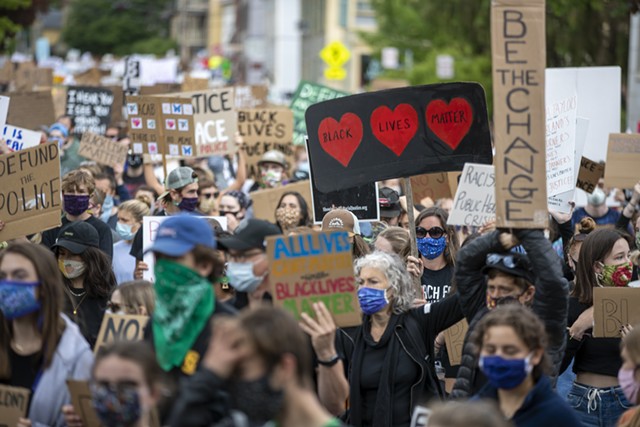 A crowd of demonstrators filled Montpelier’s streets and the lawn in front of the Vermont Statehouse on Sunday to honor the memory of black Americans killed by police. When they marched down State Street, the crowd — estimated by Montpelier police to number 5,000 — stretched for blocks.

University of Vermont student Noel Riby-Williams, 20, and recent Montpelier High School graduates MaryAnn Songhurst and Mandy Abu Aziz, both 18, organized the event. They set out to honor George Floyd and Breonna Taylor, who were both killed by police this year, along with others killed by law enforcement officers over the years.

Floyd died after a white Minneapolis police officer knelt on his neck for nearly nine minutes during an arrest. Taylor was shot eight times by police who burst into her apartment in Louisville, Ky.

Protests have sprung up across the country since Floyd’s death, including many in Vermont. On May 30, protesters gathered in front of the Burlington Police Department. This past week, events have been held in Winooski, South Royalton, Newport, Milton, Springfield, St. Albans, Rutland, Essex Junction, Waitsfield, Bellows Falls, Morrisville, Colchester and other municipalities. 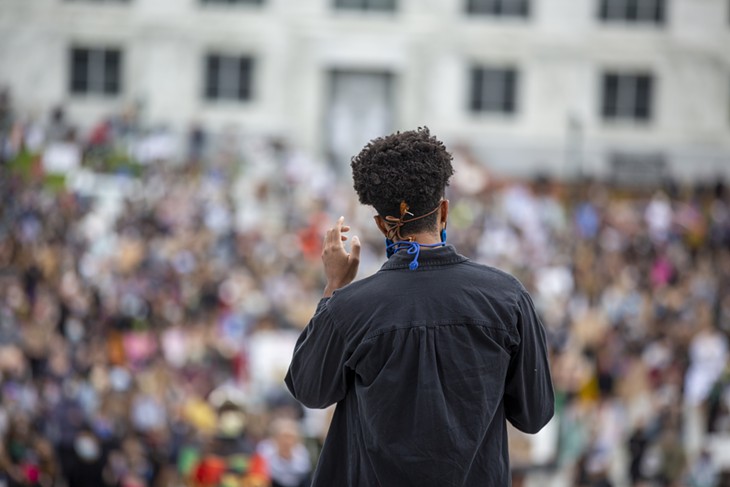 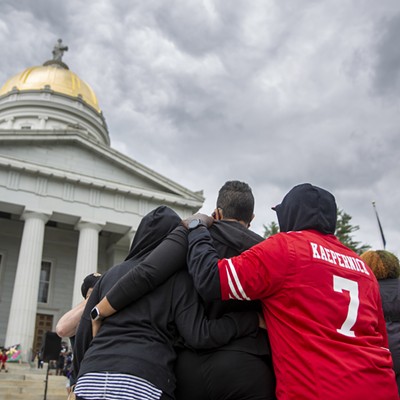 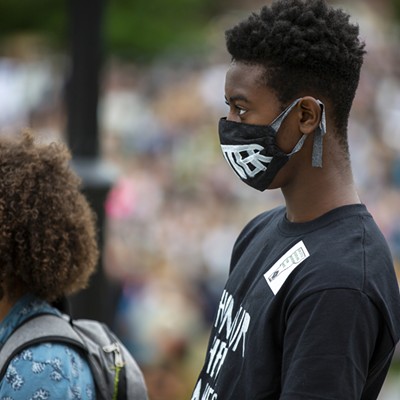 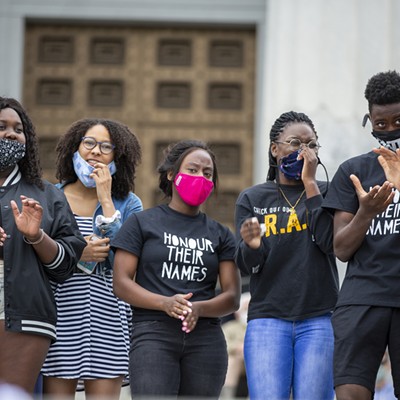 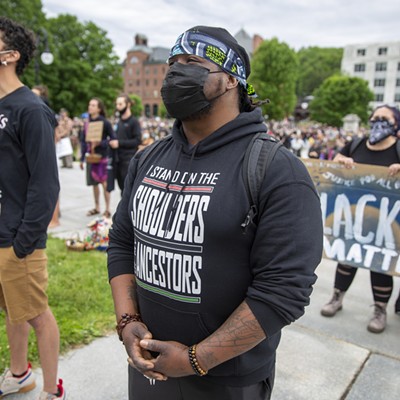 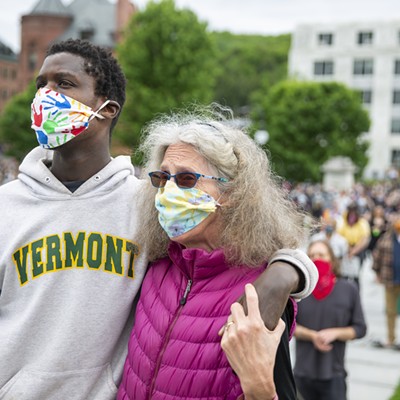 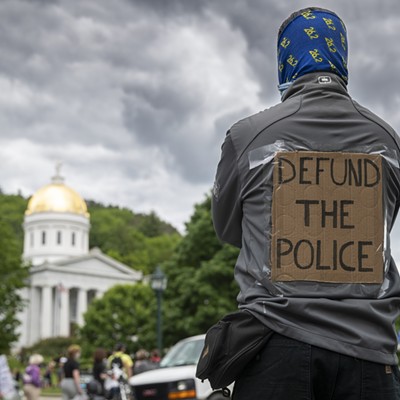 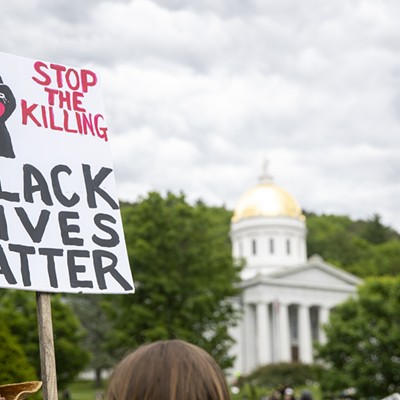 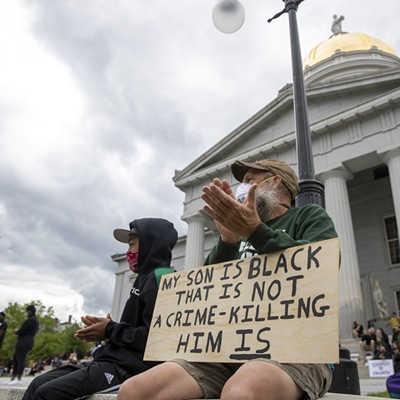 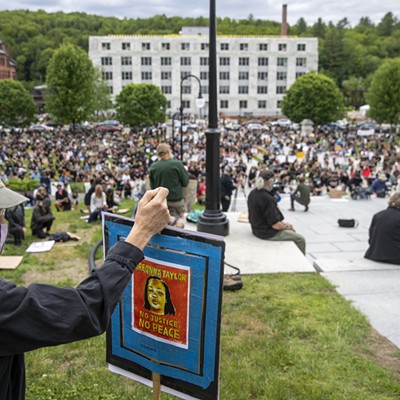 Marching in Montpelier
By James Buck
Click to View 30 slides
In an interview on Friday, Riby-Williams said careful consideration was put into the framing of the event to ensure the tone would be peaceful. She said she’d met with the Montpelier Police Department and the Capitol Police Department during the planning process.

“I went to the march in Burlington, and I was very proud of the community and how they came together to support the black community there,” Riby-Williams said. “I knew that my community [in Montpelier] would be supportive. I mean, I [raised] the Black Lives Matter flag in high school, and they showed up for that,” she said, referring to the flag-raising at Montpelier High School in 2018.

“Black lives have always been overlooked,” Riby-Williams said. “I’m a black woman myself, and growing up in Vermont, I feel like I have a better relationship with the police than most people do. Black people have no trust in the police in other places. But I think a march will show police that we still need to do better. We’re not going to settle for anything less than equitable.”

The gathering opened with the crowd kneeling silently for eight minutes and 46 seconds — the amount of time the Minneapolis sergeant had his knee on Floyd’s neck. The only sounds were the clicking of camera shutters and distant traffic. Afterward, black attendees were invited to take the mic and address the community.

While some speakers said they felt Vermont was safer for black people than other places, many also noted the racism and discrimination they had experienced while living in the state, including in school and even the Boy Scouts.

They mentioned Vermont’s eugenics movement and brought up other issues beyond the realm of policing, including economic inequality, the disproportionate effect of the coronavirus on communities of color, and black maternal mortality rates. They read original poems and quoted James Baldwin and Langston Hughes.

The protesters headed along State, Main and Elm streets; the line of marchers was so long that the leaders, carrying a colorful banner reading Honor Their Names, circled back to State Street and met up with the tail end of the protest.

Chants sprung up spontaneously: "Black lives matter," "Say their names," and "No justice, no peace, abolish the police."

Most marchers wore masks, as organizers requested, and attempted to stay physically distanced. Those who felt unsafe or uncomfortable joining the event drove down the street honking and displaying signs out of their car windows.

Natasha Eckart Baning, a black woman who recently returned to her home state after living in Baltimore, brought her family along.

“I want to make sure that the community I brought my kids back to is a community that they are accepted in and feel safe in,” Eckart Baning said. “And I thought it was important for them to be here so they can see that there are thousands of people who want to create a community that’s safe for them as well.”

Eckart Baning is a teacher and a member of the state Board of Education’s Ethnic and Social Equity Standards Advisory Working Group. She said she hopes for a more culturally sensitive education system in Vermont.

“What we really need to work on is kind of getting out of our own way. I think Vermonters like to give themselves pats on the back for being really progressive,” Eckart Baning said. “And they are, but the focus needs to be more on what more change can we do, as opposed to, look how good we’re doing already.”

When asked what she’d like attendees to do after the event, Riby-Williams, who studies health science at UVM, had one answer: “I would love people to quarantine, if they can.”
Prev
Next