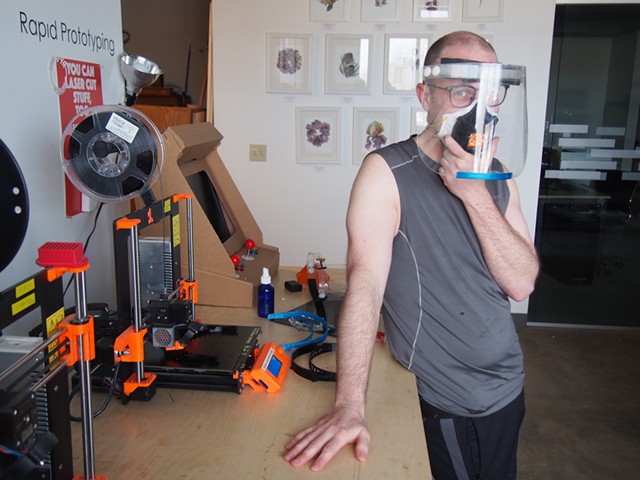 Members of the maker space are currently working on designs for face shields, N95 masks and ventilators — all of which are in short supply as hospitals prepare for an expected hike in patients due to COVID-19.

The face shields — which allow health care professionals to wear a single mask for longer durations — are ready for mass distribution, according to Generator's executive director Meg Hammond. Officials from the University of Vermont Medical Center planned to test out the prototypes Thursday afternoon, she said.

"If we get approval, then we can immediately start going into production," Hammond said.


The hospital confirmed the potential collaboration in a statement to Seven Days. "Ensuring the safety of patients and staff is our top priority, so the prototype is undergoing significant review by a safety committee and will be approved by the hospital before put into use," spokesperson Neal Goswami wrote in an email.

He added that the hospital appreciates Generator's "significant effort" to provide this "crucial" equipment.

Generator announced last week that it was closing its doors to the public and its members for at least a few weeks due to concerns about the spread of COVID-19. Hammond said the maker space is taking every necessary safety precaution while it develops the new prototypes.

Jake Blend, Generator's rapid prototyping shop manager, created the face shields with 3D printers and laser cutters based on open source designs from an online group of medical professionals, manufacturers and engineers, which formed in response to the coronavirus outbreak and now has more than 30,000 members.

Hammond estimated that Generator alone could produce about 1,000 shields based on its current equipment and supply. Blend plans to mass distribute some of his designs so that Vermonters with the needed equipment can pitch in.

Dartmouth-Hitchcock Asks for Donations of Medical Supplies, Hand Sanitizer
By Colin Flanders
Off Message
With that in mind, some Generator board members are creating a statewide inventory of laser cutters and 3D printers. The maker space is also partnering with the University of Vermont and several Vermont businesses to create other protective equipment, including N95 masks and ventilators, according to a press release.

“The goal is to build a network and launch state-wide production once these designs are approved by medical professionals," board member Michael Metz said in the release. He estimated it would take about two weeks to get willing manufacturers into production mode.

The collaboration comes as hospitals around the country report a shortage of personal protective equipment. Last week, Dartmouth-Hitchcock Health put out a call for donations, while a spokesperson for the UVM Medical Center said the hospital was looking at "creative" ways to bolster its supply.

Agency of Human Services Secretary Mike Smith said Wednesday that Vermont needs to at least double its stock of masks, hospital beds and ventilators to prepare for the weeks ahead.

Vermont Announces 35 More Coronavirus Cases, One New Death
By Derek Brouwer
Off Message
Other Vermont companies have also answered the call. Vermont Glove announced earlier this week that it was shifting production from hand wear to masks with the help of a network of home sewers. The Randolph company has already received orders from law enforcement agencies and private companies and plans to ship out its first batch of orders on Friday, according to a press release.

Hammond, who took over Generator a little over two months ago, said the South End hub is seeking government funding and donations so that it can expand its relief efforts.

"I can't even tell you enough how impressed I am with the maker community," Hammond said. "They're using open source design, and they're moving super fast."

"People have been working around the clock," she added. 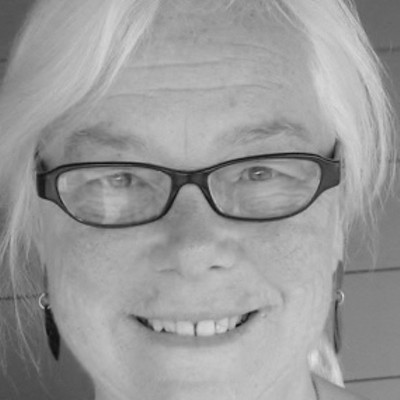