Burlington Senior Center Wants to Partner With the City | Off Message

Burlington Senior Center Wants to Partner With the City 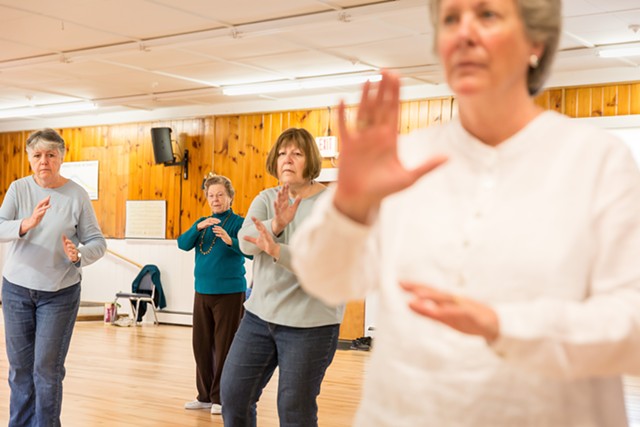 A 90-year-old Burlington senior center is hoping the city will toss them a lifeline to keep financially afloat.

The Heineberg Community Senior Center is proposing to enter a private-public partnership with the City of Burlington. If approved, the arrangement would allow the New North End center to retain its 501c3 nonprofit status, but the city would take over daily operations.

The former nonprofit was losing so much money, it could only afford to stay open four hours a day, Seven Days reported in 2016. Heineberg is in a similar situation. It lost a sizable United Way grant last year, and its annual appeals have fallen short, Hammond said.

“We didn’t want to close the doors and say, ‘Well, it’s been a good run,’” Gail Moreau, the center’s former-director-turned-board-chair, told the Wards 4 and 7 Neighborhood Planning Assembly last week. “It’s a very active and vibrant center, and we really wanted to keep it going.”

Senior center officials appealed to the city council, which responded by forming a senior study committee last summer. The group — comprised of city councilors and representatives from senior-oriented organizations such as AARP and HomeShare Vermont — released a slew of recommendations this May.

The proposal imagines a model for Heineberg that differs from Champlain’s. Instead of a total takeover, the Parks, Recreation & Waterfront Department would assume only minor maintenance for the building at 14 Heineberg Road. It would also provide financial services such as payroll for the center's two part-time staffers, who would become city employees. The committee report recommended hiring a new full-time program supervisor for Heineberg, plus a seasonal staffer.

United Way Cuts Some Funding, Frustrating Nonprofits
By Katie Jickling
Off Message
The nonprofit would retain its ownership of the building, though the city could use it during off-hours, according to department director Cindi Wight. The center would "to the best of its ability contribute funds toward the operations" of the senior center, the proposal recommends.

The committee’s report also suggests that the city create a Burlington Council on Aging comprised of residents ages 60 or older and members of groups that support seniors in Vermont. That would be the second phase of the arrangement, Hammond said.

First comes some paperwork. Wight is preparing a draft memorandum of understanding and will submit it to the mayor by summer’s end. It will cover everything from salaries and benefits to rental fees for the site, she said.

“We are open to this arrangement,” Wight said. “We just need to work with everybody to say, ‘We're open to this happening; let’s work through the numbers to see what's feasible, what makes sense for the city and the seniors.’”

Hammond said Burlington’s 50-plus population is only poised to grow. Should the proposal pass mayoral muster, Hammond said the director would be freed up to expand programming and transportation options. Ideally, the center could purchase a van to serve both senior center campuses, she said, or the centers could offer more meals and trips.

Burlington Boosts Funding for Social-Service Nonprofits
Where the United Way of Northwest Vermont is cutting back, the city of Burlington is giving more.
By Katie Jickling
Economy
Former Burlington city councilor Jane Knodell, who served on the senior study committee, told the council at a May 20 meeting that participation increased once the city took over the Champlain center.

"If we do go down this path, we can expect to see similar benefits in participation and outreach," Knodell said. "We became convinced as we studied the issue that there's a huge amount of unmet need out there in the City of Burlington among older residents."

Councilors seemed amenable to the idea. At the same May meeting, Councilor Franklin Paulino (D-North District) said the proposal is a great roadmap to helping "a program that has done so well with so little." Councilor Sharon Bushor (I-Ward 1), who just retired at age 72, said she's pleased the city is considering the proposal to help seniors, a population she thinks is overlooked.

"We've put a lot of energy — and rightly so — into early education and childcare, and I wouldn't take a penny from it, but I don't think we've done as well at looking at people that we want to stay in our community, that want to age in place," Bushor told the council. "That's what we're talking about here. This is really important."

“They won’t notice any changes that negatively impact the center they love, but they will see more benefits and more services and activities over time,” she said.

“If we join together and we’re just one senior solution for all of Burlington," Hammond added, "that would benefit everyone."
Prev
Next