The United Way of Northwest Vermont did not award grants this year to several Chittenden County nonprofits, some of which have received funding from the organization for decades.

The changes sparked an outcry from some nonprofit leaders who said they were counting on the money. Last Friday, Rita Markley, executive director of the Committee on Temporary Shelter, posted on Facebook that she had not received $57,600 for two programs for the homeless.

"The Daystation is the ONLY daytime shelter in Chittenden County for single adults with nowhere else to turn," Markley wrote. "Just the worst possible news."

Markley isn't the only one. The Boys & Girls Club of Burlington got less than half of the $62,000 annually that it had sought for a three-year grant cycle, according to executive director Tanya Benosky. 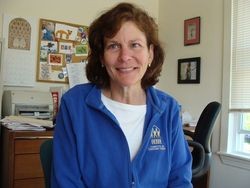 The Heineberg Community Senior Center did not get a $24,000 allocation for programming, board chair Linda Ayer told the Burlington City Council on Monday. And the Janet S. Munt Family Room lost funding for two drop-in programs.

Meanwhile, Steps to End Domestic Violence, which has received funding since 1982, did not receive the $123,000 for which it applied, according to executive director Kelly Dougherty. The United Way gave Steps $100,000 last year, which amounted to about 10 percent of the organization's budget, according to Dougherty.

The Chittenden Emergency Food Shelf received $40,000, less than half of what it had received for more than a decade, said CVOEO director Jan Demers. "It's tough," she said. "We're going to have to work a lot harder." CVOEO did get some United Way cash: its Housing Assistance Program and NorthWest Family Foods in St. Albans both received funding, Demers said.

The Sara Holbrook Community Center applied for $120,000 and received $54,000 annually, but got no funding for its summer camp for English Language Learners and its after-school and summer programs for low-income children, according to executive director Leisa Pollander. The organization has received funding from the United Way since the 1940s, Pollander said. 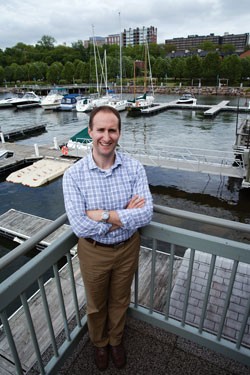 This year, for the first time, the United Way allowed any organization to apply for its program grants. Previously, only those that had been awarded the grants before could reapply. "It was not an open or inclusive process," Bridges said.

Community members worked to establish those funding priorities and a volunteer-led committee helped vet the applications, Bridges said. This year, the United Way funded 51 programs at 34 different agencies. Each grant is provided annually for three years, he added.

Bridges said he will release the full list of funded organizations this week.

The cuts come as United Way itself is losing funding. The organization plans to give out $1.5 million dollars in grants this year, down from nearly $1.8 million last year, Bridges said.

"Changing our portfolio funding is not without change. We’re saying no to a lot of great programs," said Bridges. He's been reaching out to each previously funded organization himself, he said, to convey the news.

Organizations will grapple with the losses in the coming days and weeks, Pollander said, but ultimately will need to solicit donations to fill the funding gap.

"It feels like we're put in a position of being pitted against each other," she said. "It's going to be, 'Who can make the biggest plea?' This is like total chaos."