Burlington Councilors Press del Pozo on Police Use of Force Burlington city councilors pressed Police Chief Brandon del Pozo about transparency on Monday amid backlash over body camera footage that shows police use of force against people of color.

Those cases are the subject of two lawsuits recently filed in federal court, claiming excessive use of force. Since media reports broke about the Jérémie Meli and Mabior Jok cases, Black Lives Matter of Greater Burlington has issued a list of demands, including that Burlington police fire the officers involved.

Violence Caught on Camera Leads to Brutality Claims Against Burlington Cops
By Derek Brouwer
Off Message
Inside a packed Burlington City Hall Auditorium on Monday, Councilor Ali Dieng (D/P-Ward 7) said the incidents are indicative of a problem with leadership. He told del Pozo it was embarrassing to learn about the Meli and Jok cases from the media eight months after the fact.

“That’s an issue we have to solve,” del Pozo replied, noting that the council, city attorney and police commission should work on guidelines about the release of such footage.

Hanson and fellow councilors Brian Pine (P-Ward 3) and Max Tracy (P-Ward 2) asked about disciplining police who are found to use unreasonable force, such as in the Meli case. Pine asked why that officer, Sgt. Jason Bellavance, received a lesser punishment than the officers who drank beer confiscated from a traffic stop last December. 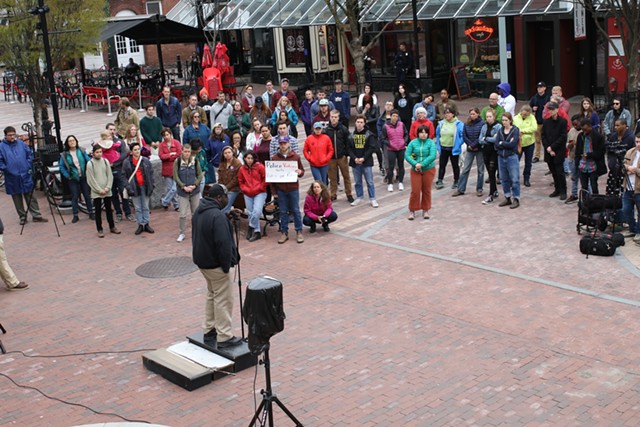 City attorney Eileen Blackwood quickly shut down that line of questioning. Del Pozo also declined to fully answer when Pine asked, “Why do we keep failing as a community? What is at the heart of what's happening?”

“It’s hard to say too much that won’t bear on litigation,” del Pozo said, noting “this is not the forum” to discuss race and bias.

Activists Demand Burlington Fire Cops Involved in Violent Incidents
By Courtney Lamdin
Off Message
But many community members wanted to discuss just that. A large crowd hosted a “speak out” outside City Hall before the meeting, taking turns at the mic to express their distrust of police and a need to dismantle systemic racism in Burlington and beyond. Many speakers funneled into the council meeting, using the public forum to direct their concerns at city officials.

“My voice is not the one you need to hear, but there are too many voices that have been silenced,” said Julie Macuga, who said she’d been raised in an affluent, white family and grew up thinking police were there to protect people.

Congolese Brothers Say a Run-In With Burlington Police Left a Lasting Impression
By Derek Brouwer
Crime
“Take a few moments to consider what it must feel like to fear for your life just because you exist in this world,” she said.

That concept was reiterated later by Councilor Karen Paul (D-Ward 6), who shared anecdotes from Burlingtonians of color who say their children are afraid of police. She said watching the body cam footage left her saddened, appalled and aware that her sons, both young white men, don’t face the same reality as young men of color.

“That doesn’t mean that what goes on for every other person isn't our collective reality,” she said. “We have to own that." 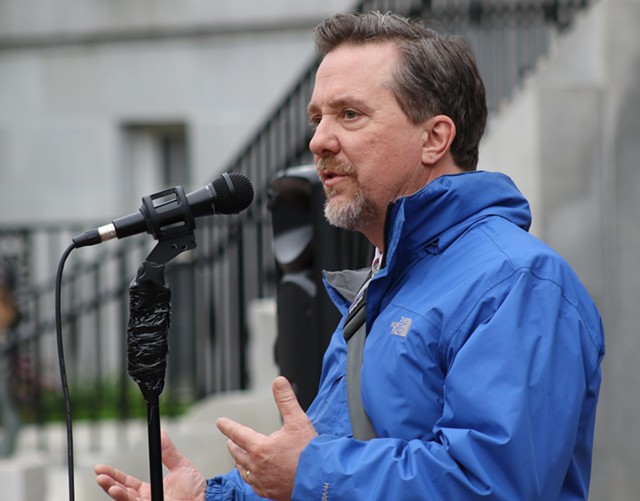 Councilor Tracy urged that more complete use-of-force data — including the degree of force used and on which demographics — be posted on the Burlington police website. Councilor Joan Shannon (D-South District) said del Pozo has been “open and direct” with councilors and thanked Mayor Miro Weinberger for his proposal to repair the broken trust between police and the community.

Weinberger didn’t share many details Monday but proposed the city institute a “well-designed public engagement process” that represents the entire community to review use of force, information disclosure policies and officer wellness initiatives.