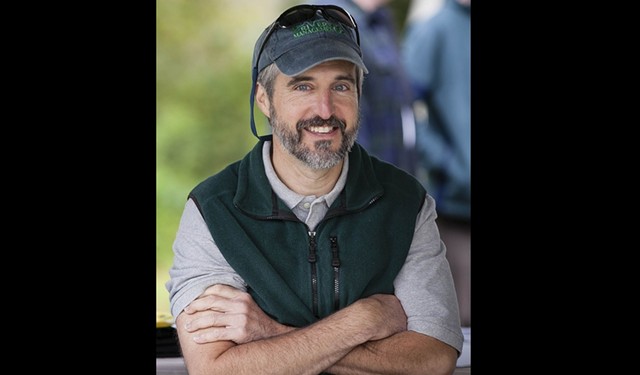 Former state environmental conservation commissioner David Mears is leaving his post as director of the Vermont Law School's Environmental Law Center effective at the end of June. Mears said he wants to pursue other options in environmental advocacy, but his rather sudden departure comes shortly after VLS president Thomas McHenry announced an unspecified number of layoffs and cutbacks.

Mears was a faculty member at VLS from 2005 to 2011, when then-governor Peter Shumlin named him commissioner of the Department of Environmental Conservation. In 2015, Mears left state government and returned to the school. Last August he was named head of the Environmental Law Center, which is a key part of the school's mission and appeal. E&E News, an online outlet for energy and environmental news, first reported Mears' resignation.

Mears dwelled on the positive for himself and the school, but hinted that the cuts played a part in his decision. The latest round of layoffs was announced on May 30.

"I wasn’t planning on this," he said. "It was a decision I reached in the last month."

When asked if it was a coincidence that he began considering a change just as the college was preparing cutbacks, Mears simply said "No." He would not elaborate.

The Vermont Law School is battling to emerge from a financial drought. Years of low enrollment led to drastic cuts in 2013. But Mears believes the school is in a position to be successful.

"There are many young people who want to be engaged in environmental policy and law," Mears said. "We’ve seen a significant uptick in enrollment. There’s a real need for the law school’s programs."

VLS leadership would seem to agree, at least judging from its own website. It boasts of "... the largest and deepest environmental program of any law school," and notes the Environmental Law Center is a key contributor to the schools' "consistently high ranking ... from U.S. News & World Report for environmental law."

Mears is less than three weeks away from his departure date, but has no specific plans for what's next. He's confident that his skills and experience will make him an attractive candidate for environmental advocacy of some sort in some arena, in Vermont or elsewhere. "I want to be in a place where I can help drive change," he said.

For Mears, the Vermont Law School is apparently no longer that kind of place.
Prev
Next