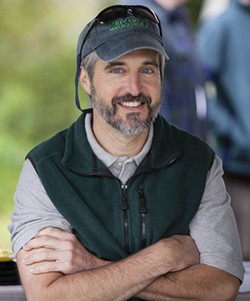 When Gov. Peter Shumlin announced last month that he will not run for reelection in 2016, there was lots of buzz about how effective his administration would be for the next year and a half. One of the most significant questions was how quickly and how many staff members would flee for other jobs.

That flight has started.

Mears’ departure is significant. It comes just as the state is about to hear from the federal Environmental Protection Agency on its Lake Champlain cleanup plans and just after the governor signed a hefty new water cleanup bill into law. The highly regarded Mears has been managing that for the state, but won’t be there to implement the plans.

Replacing Mears as of Aug. 10 will be current deputy commissioner Alyssa Schuren. Schuren has been deputy commissioner since 2013, but has taken on a higher profile in recent months. She was among the state officials introduced at the public signing ceremony for the lake bill and had a seat at Shumlin’s table at the recent Democratic Party’s annual dinner. She is married to Paul Burns, executive director of the Vermont Public Interest Research Group.

Another significant departure: Aly Richards, Shumlin’s deputy chief of staff, a young, efficient policy manager whom Shumlin described in a news release Thursday as “a trusted member of my team, close advisor and great friend.”

Richards, who leaves July 24, played a big role in negotiating details of this year’s school district consolidation law and in securing millions of dollars in federal grants for early childhood education.

Shumlin also announced that Jon Copans, a former staffer for Congressman Peter Welch who was hired just seven months ago as a policy adviser in the Agency of Natural Resources, will become deputy public service commissioner Aug. 17. He replaces Darren Springer, who became Shumlin’s chief of staff in May.

Copans’ move so soon after he was hired suggests Shumlin is patching together a staff for the final 18 months of his administration, without being able to lure strong outside candidates.

This week, Shumlin also announced that Joe Flynn will move from director of Vermont Emergency Management to deputy commissioner of public safety, replacing Francis Aumand, who is retiring. Flynn will be serving as deputy to Public Safety Commissioner Keith Flynn. The two Flynns are not related.