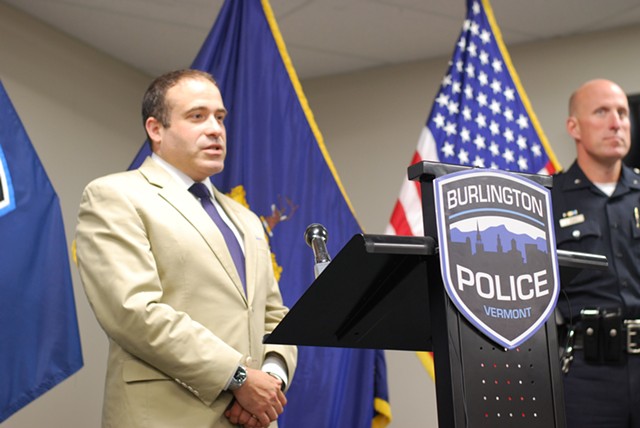 A preplanned Saturday night fight between two young men over a woman ended when one of the men fell 60 feet to his death off a railroad bridge that spans the Winooski River, Burlington police said on Monday.

The surviving combatant, 20-year-old Joshua Granger of Winooski, is now charged with second-degree murder. He pleaded not guilty Monday morning in Vermont Superior Court and remains held in custody without bail.

Granger told police that he'd arranged to fistfight Jared Streeter, 20, on Saturday night at what's known as the Blue Bridge, a span off Intervale Road. The two men had "an ongoing dispute ... regarding a girl they were both interested in," Granger told detectives, according to an arrest affidavit.

Several witnesses said they looked on as Granger hit Streeter, who fell down and appeared to hit his head on a metal rail. A "groggy" Streeter got back up and continued to fight, despite onlookers' attempts to break it up. Granger again punched Streeter, who "fell down, rolled over and then off of the side of the Blue Bridge," according to the affidavit.

Granger told cops "it was the hardest he had ever punched someone and stated he hoped he was okay." Granger went on to say that "he did not intend for Streeter to fall off of the bridge."

Streeter, of Milton, died at the scene.

“I’m sure if everybody could turn back the clock, they would,” del Pozo said.

Granger has a history of interactions with police in Milton, Georgia, Colchester, Winooski, Burlington and South Burlington dating back to 2013, though the second-degree murder charge is by far his most serious. He faces a minimum of 20 years in prison if convicted of the offense.

Det. Sgt. James Trieb told reporters that the witnesses to the fight are not likely to face any charges. Many became emotional while recounting the incident, according to the arrest affidavit.

One man, Dillon Whitney, described Streeter "as like a little brother." Whitney gave his account of the fight, then broke down crying as he recalled the moment he went down below the bridge to check on his friend.

"There was so much blood," Whitney told a detective. 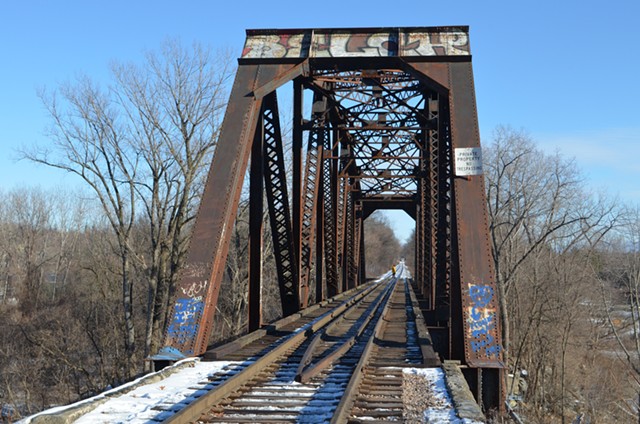