Rental Housing Bill to Return as Part of New, Larger Measure | Off Message 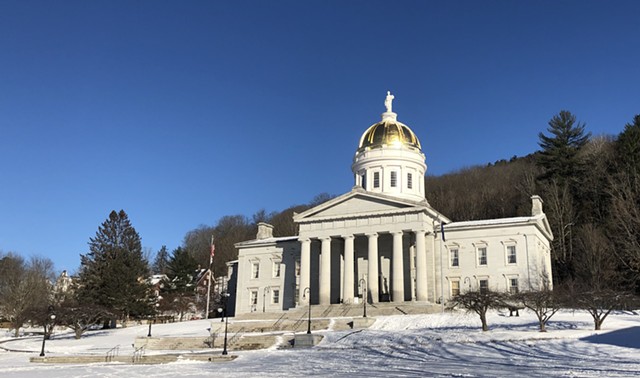 Faced with an impasse over some disputed issues in the rental housing bill that Gov. Phil Scott vetoed in July, housing advocates plan to take a different approach this winter, creating a larger, more comprehensive housing bill that includes permitting and other matters.

The rental housing bill, S.79, would have established a statewide registry of rentals and created paid inspector positions through the state Division of Fire Safety, replacing the volunteer health officer positions now used in most Vermont towns.

Scott Vetoes Rental Housing Registry Bill
By Kevin McCallum
Off Message
Advocates for the bill said it would help ensure that Vermont’s rental housing is safer and would make it easier for tenants to find a place to live. The bill — which included short-term rentals in its registry proposal — won legislative approval last spring. But Gov. Phil Scott vetoed the measure on July 2, saying its added bureaucracy would discourage apartment owners from offering their units for rent.

“Adding additional restrictions, costs and hoops to jump through will not only reduce the number of long-term rentals, but also short-term lodging options when we have a surge in tourists, including foliage and ski seasons,” Scott said in a letter that explained the veto. He added that efforts to address the state’s housing crisis should include permit reform.

Disappointed supporters don’t have the votes they need to override the governor’s veto, and in conversations with the administration this fall, they did not arrive at changes that suited both parties. Their solution is a new measure, S.210, that will include permitting reform and other housing-related ideas in what Sen. Michael Sirotkin (D-Chittenden) described Monday as an omnibus housing bill.

"The goal is to make new construction easier and more affordable,” Sirotkin said. “There are many things we can do in terms of smart growth, land use planning and housing rehabilitation.”

Essex Denies Development Proposal By Rick Bove, Citing History of Violations
By Derek Brouwer
Off Message
Advocates and policy leaders have identified housing as one of the state’s most critical priorities. Home sale prices and rents have spiked in recent years, and cities such as Burlington are struggling with rising homelessness and a lack of affordable housing. Many employers have reported that workers are turning down jobs because they can’t find anywhere to live.

Sirotkin said he expects to see several housing-related measures introduced this year as the state looks for ways to spend billions of dollars in federal COVID-19 relief money. Lawmakers and the administration have already committed hundreds of millions to housing initiatives, including new construction.

Weinberger Pushes Zoning Changes to Boost Housing Supply
By Derek Brouwer
Off Message
There is a growing consensus in the Statehouse that lawmakers need to remove redundancies from the permitting process to lower costs for home builders. Sirotkin said he expects to see a proposal for doing that, and for other housing-related initiatives, this winter.

“We’ll confine them all to one bill,” he said.

Supporters of S.79 don’t see a clear path forward to reaching agreement with the governor’s office on the disputed measures. Sarah Carpenter, the chair of the state’s Rental Housing Advisory Board, said she doesn’t understand why the governor’s office is so deeply opposed to the rental registry as described in S.79.

Senate Passes Measure to Regulate and Inspect Short-Term Rentals
By Anne Wallace Allen
Off Message
Property owners would pay a fee based on the number of units they rent out, and people who have just a few units at their own homes would be exempt.

“I’m still perplexed,” said Carpenter, noting that the owners of short- and long-term rentals are already subject to inspection. “We register dog groomers and tattoo artists. Why don’t we want to know where rental property owners are?"

Tayt Brooks, deputy secretary for the Agency of Commerce and Community Development, told the Senate Economic Development, Housing and General Affairs Committee last Wednesday that one of the main sticking points was the addition of the five inspector positions at the Division of Fire Safety.

"What the governor was trying to achieve within the veto letter was a roadmap for the legislature to get to a place where he could sign off on said bill," Brooks told the committee, which Sirotkin chairs.

The committee was due to take up the matter of the new housing bill Tuesday and continue on Wednesday, though Sirotkin noted that it will take weeks to craft the new measure.

It might not be crucial for all of the disagreements to be worked out, said Rep. Tom Stevens (D-Waterbury), a longtime housing advocate who has been deeply involved in S.79.

“We worked with the administration for three years on this bill, and we were disappointed in the veto,” Stevens said. “But we’re going to continue to move forward to do what is best in dealing with the housing crisis. That includes trying to create a bill that will garner support in the House and Senate that can override a potential veto.”
Prev
Next