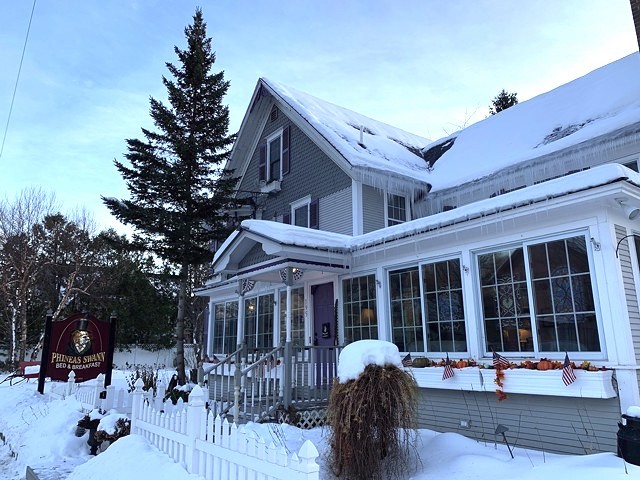 Darren Drevik, who co-owns the Phineas Swann Inn and Spa, says he pays $500 in state fees each year to offer 10 rooms and serve meals. He’d like short-term rentals to do the same, and he’s hoping a bill that's headed to the House will make that happen.

The Senate on Tuesday approved S.79, a wide-ranging bill that aims to improve enforcement of health and safety standards for apartments around the state. The measure would include short-term rentals such as Vrbo and Airbnb in that registry. Owners of conventional lodging have said for years they’re competing on an uneven playing field.

Drevik noted that when the state shut down all inns, hotels and B&Bs last year because of the pandemic, it had no way of knowing who was operating an Airbnb.

“We had state troopers literally coming to our door and checking to make sure that there were no cars in our parking lot from out of state and no guests in our inn,” said Drevik. “And then we had short-term rentals in my town with cars from New York and Massachusetts.”

Lawmakers have talked for the last few years about regulating short-term rentals, which they view as a drain on the state’s supply of affordable long-term rental housing. Their impact on the state's economy is unclear. Companies like Airbnb pay the rooms and meals taxes for their short-term rental listings to the Tax Department without revealing the addresses or revenues of individual properties.

Under S.79, both long-term and short-term rentals would be required to register with the Department of Housing and Community Development. Inspections, now largely carried out by the volunteer health officers in rural Vermont, would become the job of new paid staff at the Division of Fire Safety. Some Vermont cities and towns, including Burlington, already have professional staff inspecting rentals, but most do not. "If they are not part of the inspection regime, then they have an economic advantage because they are not required to comply with code," said James Arisman, the former health officer in Marshfield, who testified in favor of S.79. "It's a danger to be holding out the Airbnb housing stock to people coming into the state and not have it inspected and subject to regular examination to make sure it complies with code."

Creating more regs for the short-term rental market was a top legislative priority for the Vermont Chamber of Commerce this year.

“The pandemic has put a fine point on what can happen during a public health crisis when unlicensed properties providing overnight accommodations remain anonymous and state officials do not have the means to contact them,” said Amy Spear, president of the Vermont Attractions Association and a VP at the Vermont Chamber. “Removing the anonymity short-term rentals currently operate under is an important step to ensure a safe rental environment.”

Many traditional lodging properties, including Phineas Swann in Montgomery Center, advertise their rooms on short-term rental sites. But little is known about the industry. Lawmakers commissioned a Dartmouth College study to learn more. The report, released in spring 2020, recommended mandatory registration, insurance requirements and an expansion of taxes for the properties.

“One of the reasons to do this is to actually begin to understand what the universe consists of,” said Sen. Alison Clarkson (D-Windsor), one of the bill’s sponsors. She estimated there are close to 8,000 short-term rentals in Vermont, adding, “but nobody really knows.” Woodstock, where Clarkson lives, is one of a half dozen Vermont cities and towns that have created their own short-term rental registries. Burlington has a proposed policy that would require that the rental be located in the host’s primary residence and is holding a public meeting on the issue April 13.

Hosts Are Wary of Proposed Burlington Regs on Airbnb-Type Rentals
By Molly Walsh
City
Drevik said he knows of property owners with a dozen short-term rentals in different towns. He noted conventional lodging is inspected for fire safety each year and required to have smoke and carbon monoxide detectors and safe exits from the bedrooms. Enforcing those rules for short-term rentals is a safety and public relations necessity, he said.

“I know how valuable the Vermont brand is as a tool to encourage people to come and vacation in Vermont,” he said. “All it takes is one or two incidents where families die in a rental because there is no CO detector or a fire or something like that for the brand to be ruined.”
Prev
Next