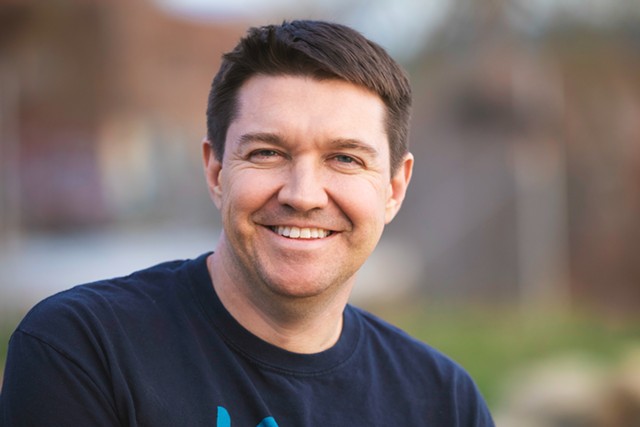 The party's caucus is a few days away, but Burlington Democrats have effectively chosen Owen Milne as their candidate in the upcoming special Ward 3 City Council election.

Milne was the only candidate to file by the party's deadline last week and is expected to earn the party's official endorsement at its caucus on Friday, according to party chair Adam Roof.

Milne, the executive director of the Lake Champlain Sailing Center in Burlington, described his leadership style in a virtual Q&A event on Tuesday evening, saying that he would aim to be a true public servant.

Milne is also seeking the Progressive endorsement along with four other contenders: Ryan Addario, Julie Macuga, Joe Magee and July Sanders. Addario had originally planned to ask both parties for support but has since changed his mind. The Progs will caucus on Thursday and will announce a winner on Saturday after two days of online voting.

The top vote-getter in the August 17 special election will fill the vacancy created by Brian Pine, a Progressive who left the council last month to run the city's Community & Economic Development Office.

Brian Pine to Lead Burlington's Community and Economic Development Office
By Courtney Lamdin
Off Message
In Tuesday night's 30-minute discussion with Roof, Milne said he'd look to constituents to guide his votes on the council. He said that the lack of affordable housing in Burlington has come up repeatedly in the "hundreds of calls" he's made since announcing his campaign.

"It is not OK that some people are paying 40 or 50 percent of their income on rent," Milne said, adding that if elected, he would want to address the abundance of short-term rentals that eat up housing stock and drive up costs.

Beds & Burlington: The City Grapples With Regulating Airbnbs
By Molly Walsh
City
Residents of Ward 3, which covers Burlington's downtown and much of the Old North End, have also expressed concern that people with mental health and substance abuse challenges don't get enough support, Milne said.

"We as a city have spent a lot of time and energy on certain projects in Burlington, and I think it's time to start shifting some of that attention towards what we can be doing for solving that issue," he said.

Milne added that bolstering social services would also make the city more attractive for development. A former board member of Spectrum Youth & Family Services, a nonprofit that helps vulnerable Vermonters, Milne suggested that the city should explore forming public-private partnerships to invest in initiatives such as youth counseling.

Milne was less specific on how he'd address police reform, which has been a hot topic since the council voted last year to reduce the force by 30 percent through attrition. Milne said several people have asked if he'd continue to "defund the police."

"The answer that I often find myself giving is, 'I don't know yet,'" he said, explaining that he would "be the councilor who would be taking a deep dive" into the forthcoming functional assessment of the police department.

All Eyes Are on a Consultant Reviewing Burlington’s Police Department
By Courtney Lamdin
Crime
That study, which is being performed by the Virginia-based nonprofit CNA, was due to come out this month but has been pushed to the fall, VTDigger.org reported last week. Milne said he looks forward to using the report to determine what types of calls police should respond to, and which incidents could be handled by unarmed professionals.

In the Progressives' candidate forum last week, Milne voiced support for ranked-choice voting in local elections, an ordinance that requires landlords to weatherize their rental units and banning no-cause evictions.

Milne also indicated during that forum that he opposes basing the F-35 fighter jets at Burlington International Airport, though he was the only candidate who did not respond to a citizen group's questionnaire about the planes.
Prev
Next