Vermont Reinstates Ban on Utility Shutoffs During Pandemic | Off Message 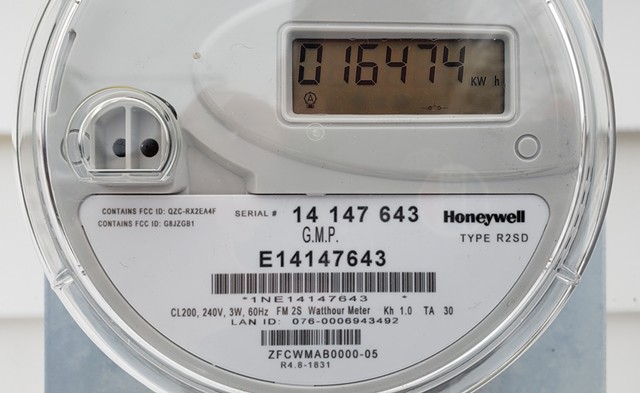 Vermont regulators announced Tuesday afternoon that they would reinstate a moratorium on utility shutoffs during the ongoing state of emergency caused by the pandemic.

The Public Utility Commission restored the moratorium following the expiration of a state program that offered more than $8 million in financial aid to people who had fallen behind on their power, water, gas, internet and phone bills.

“Vermonters need to be able to keep the lights on, their homes warm, and their phone lines open as they survive the winter months of the pandemic,” PUC chair Anthony Roisman said in a statement.

The original March 18 ban on utility shutoffs, part of a suite of emergency rules passed during the early days of the pandemic, came at a time when stay-at-home orders were in effect.

Regulators lifted the ban on October 15 in an effort to steer people toward the financial aid available through the Vermont COVID-19 Arrearage Assistance Program. Lawmakers dedicated $8.8 million in federal relief dollars toward the aid program, which was due to end on December 15 but was extended a week.

Regulators say lifting the moratorium helped more people get the financial assistance they needed. A total of 10,630 people received relief from the program as of December 15, and a few hundred more applications have been processed since then, according to the Department of Public Service, which advocates for ratepayers.

A number of organizations, including Vermont Legal Aid and the Vermont Public Interest Research Group, argued for the reinstatement of the moratorium, citing the recent spike in infections and predictions of a difficult winter ahead.

“The case could not be clearer that the temporary halt of involuntary utility disconnections must be reinstated immediately and continue through the duration of the state of emergency,” David Koeninger, deputy director of Vermont Legal Aid, wrote in a petition filed with the PUC.

Without the ban, Vermonters “could be driven into unsafe situations that may include seeking refuge with friends or family in violation of the statewide ban on multi-household gatherings, which could in turn contribute to a worsening of the pandemic,” Ben Edgerly Walsh, director of VPIRG’s Climate & Energy Program, wrote in support of reinstatement.

It’s unclear if the latest $900 billion in federal stimulus funding will include additional financial aid for utility customers behind on their bills.

Green Mountain Power, the state’s largest utility, and others have pledged not to disconnect customers during the pandemic — with or without a moratorium. As of December 14, more than 6,500 GMP customers had benefited from the assistance program, according to the utility, which supports the moratorium reinstatement.

Another 27,100 GMP customers remain 60 or more days behind in their payments, totaling $14 million. Burlington Electric said 2,865 customers were more than 30 days behind on their bills, but the utility reported no shutoffs during the pandemic.

Some utilities worry that expanding the moratorium without additional financial aid will result in more and more customers getting behind on their bills this winter, then owing sums they can’t afford to pay. Despite the moratorium, customers will still need to pay unpaid power bills.

The Vermont Public Power Supply Authority, which represents 11 town-owned electric utilities, argued the moratorium “would not be in our customers’ long-term best interests.”

Its members “remain concerned that the Moratorium acts as a disincentive for customers to communicate with their utilities about unpaid balances and will result in customers accruing balances that they are ultimately unable to pay.”


In its statement, the PUC stressed the need for customers to work with their utilities on payment plans to avoid building up unmanageable balances or being disconnected when the moratorium ends.