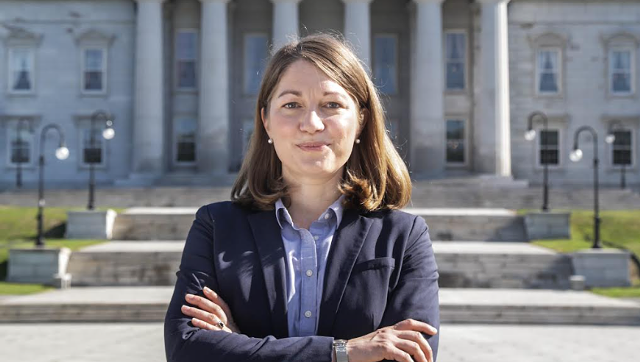 "Molly Gray is the most exciting thing to show up on the Vermont political scene in a long time," Shumlin told Seven Days in a phone interview.

"We have consistently struggled to elect young women to high office in this state," he continued. "She's a born and bred Vermonter, grew up on a farm, incredibly bright, dedicated, honest. And she understands Vermont. My view is, we couldn't ask for a more exciting candidate."

Molly Gray Kicks Off Campaign for Lieutenant Governor
By Colin Flanders
Off Message
The endorsement marks a first for Shumlin; while he has backed vice president Joe Biden in this year's presidential election, Shumlin has remained publicly neutral in statewide races since leaving office in 2017.

Spurring him to break that precedent, he said, is the fact that he has known Gray her entire life; her grandparents used to babysit him, her father sold him his first pair of skis, her aunt works with him and he was good friends with her uncle, Bill. In other words: "The Grays are like family to me," Shumlin said.

"To sit this one out would be disingenuous to people that I really believe in and care deeply about," he said.

Shumlin's endorsement places him among a growing list of Gray supporters, though it's unclear whether his backing will bring much of a boost. Marred by a high-profile failure to enact a single-payer health care system, Shumlin's popularity plummeted by his third term in office, and some Democratic candidates have viewed him as more of a liability than an asset.

That includes Ashe, who was a leading skeptic of Shumlin's signature political pledge even as he painted himself a staunch supporter of the concept, often grilling the administration's plan to finance it. In an interview with Seven Days on Thursday, Ashe said he was as "disappointed as anyone" when Shumlin pulled the plug on the plan, but he stood by his criticisms.

"First and foremost, my interest in advancing universal health care was serving constituents, not the governor's reputation," Ashe said. 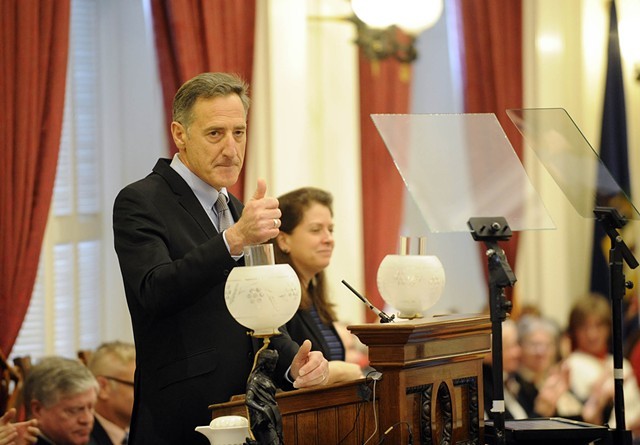 Despite any political squabbles, Shumlin sought to dispel any notion that his endorsement of Gray was a rebuke of Ashe. He said the lieutenant governor's position offers a "stepping stone" to higher office and suggested that Gray could one day move on to become become Vermont's second-ever woman governor — or even its first-ever congresswoman — if she wins in November.

"My endorsement is not a criticism of any of the candidates running, all of whom I consider friends," Shumlin said. "The reason I feel so strongly about it is that — let's be honest about this — we have a lot of old white men in the top offices in Vermont. It's time for change."

To further emphasize his point, Shumlin recalled Ashe's first race for the Senate in 2008.

"Ironically, I took a fair amount of heat from some of my Democratic colleagues for endorsing him and supporting his candidacy, when some of the more traditional Democrats weren't comfortable with his Prog background," said Shumlin, who was president of the chamber at the time.

Ashe had a different recollection. "He did not endorse me, so that's not a true statement," he said. He added that he was not concerned about missing out on Shumlin's backing this time around, either.

"I am not running on the Shumlin legacy or clinging to the political baggage that came from that tenure," he said.

Gray, however, appeared grateful for the endorsement. In a press release Thursday, she listed off Shumlin's accomplishments — guiding the state through Tropical Storm Irene, "loudly addressing" the opioid epidemic and supporting the legalization of gay marriage — and said she was "honored" to have earned his support.

"We are better as a state for Governor Shumlin’s leadership," Gray said in the release.