Such masks are worth around 10 cents each, but Palmer charged the nonprofit hospital $2.50 per mask, reaping an “exploitative gain” of at least $80,000, the Vermont Attorney General’s Office said.

The state sued Palmer and his company Tuesday for illegal price gouging, claiming the sales violated the Vermont Consumer Protection Act. The state is also seeking an emergency injunction to bar Palmer from selling more personal protective equipment, or PPE, in Vermont at exorbitant prices.

Masks and other PPE are essential to controlling the spread of the virus in hospitals and have been in short supply as the pandemic has swept through the country.

Palmer’s primary business involves nonemergency transportation for people with specialized needs. In an interview Tuesday, Palmer said he foresaw the coming pandemic, which he calls the “chicken curse,” and began ordering supplies through suppliers in China with the intent to resell them locally. He claimed he paid between 50 and 60 cents per mask but acknowledged his markup was still “steep.”

“There's no reason for me to spend all night long talking to the Chinese people if I'm not going to make any money,” he said. 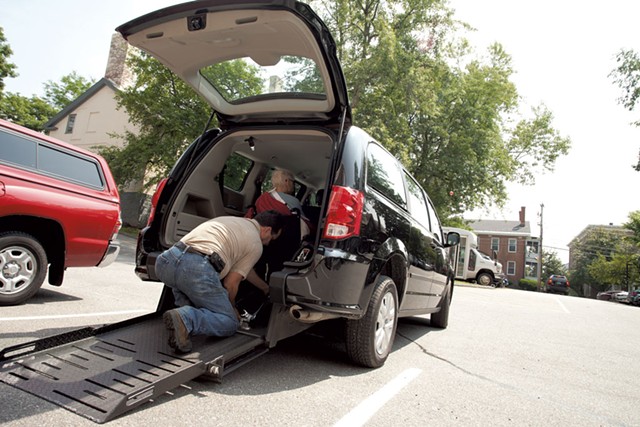 Palmer said he struck up a conversation with CVMC employees during a hospital transport in March and offered to sell his masks. He claimed he negotiated the deal with director of patient support services David Cheney.

In court filings, Cheney said he told Palmer the hospital usually paid 6 cents per mask but that it had “little choice” but to buy them at Palmer’s quoted price.

The state also accused Palmer of marketing the surgical masks as N95 respirators to a South Burlington urgent care clinic, a charge he denies.

Palmer told Seven Days his sales contributed to the public health response. Anticipating an unfavorable ruling in Vermont court, he has already moved his opportunistic side business to New York State, so he can continue selling elsewhere in the months ahead.

“I didn’t do it so I could earn a boatload of money,” he insisted. “That's a consequence.”

A court hearing is scheduled for April 22.

Read the state's motion for preliminary injunction below: