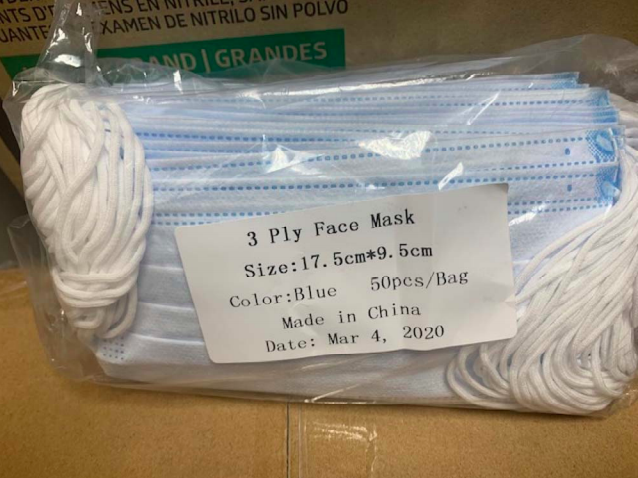 A Vermont businessman must stop selling surgical masks at "outrageously inflated" prices, according to a searing court order issued Monday.

Palmer runs a transportation service. In numerous media interviews, he has strenuously denied selling the masks as N95s and defended his pricing scheme as fair.

He repeated those defenses, along with what Toor called "skeleton" legal arguments during a hearing last week, but the judge was having none of it. In a 17-page order, Toor concluded that Palmer lacked any credibility.

"The court rejects much of Palmer's testimony," she wrote, "because some was just not believable, some was contradicted by other more credible witnesses, he changed his own testimony from moment to moment, he lied to his customers, and he blatantly lied under oath."

The dispute about Palmer's marketing tactics was apparently settled by surveillance video from a South Burlington urgent care clinic where Palmer tried to sell the masks. Palmer can be heard describing his products as N95s and arguing with a clerk who corrected him, Toor wrote.

Palmer also tried to sell them to the state's Department of Public Safety, again passing them off as N95s, according to testimony by Commissioner Michael Schirling described in the judge's order.

After the state sent him a cease-and-desist order in late March, Palmer sold another batch of masks to his office manager's husband. The employee, Richard Morrell, then sold them at the same $2.50 price to Central Vermont Medical Center, Toor found.

Vermont Sues Man Who Sold Masks to Hospital at 'Unconscionable' Price
By Derek Brouwer
Off Message
Toor determined that the prices Palmer charged were "grossly excessive and unconscionably high."

Donovan's office proposed that Palmer could continue to sell the masks at a "reasonable rate" of up to 10 percent over verified costs, with notice and documentation to the state.

Palmer has until April 30 to seek permission to sell the masks at restricted prices or file any other written objection to the injunction. The civil case against him will proceed.