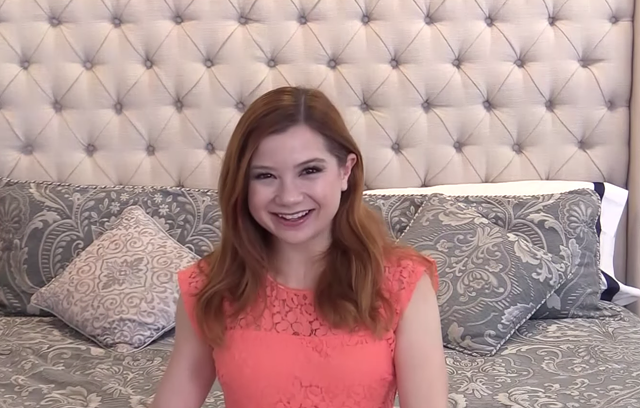 America’s self-described "most successful" sex worker says she’s willing to fly to the Green Mountain State and drop some knowledge on lawmakers as they consider a proposition that would relax Vermont's prostitution laws.

Alice Little — who has reportedly earned more than $1 million in a single year working at a legal brothel in Nevada, which she says makes her the state's highest-earning licensed sex worker — extended the offer in a YouTube video posted last Friday.

“You have a tremendous opportunity to be the first state to legalize sex work at the state level,” says Little, sitting on the foot of a bed. “As someone that’s been in this industry for the past four years, I want to help shape the future of sex work in America and ensure that we have a system that values everyone involved.”

Little’s employer, the Moonlite Bunny Ranch, is one of about 20 brothels in several Nevada counties that have legalized prostitution. Vermont, meanwhile, views it as a misdemeanor crime.

But while Colburn's bill received significant media attention last month, the House Judiciary Committee instead backed a more incremental measure. The so-called "Good Samaritan" law would shield crime victims and witnesses from being prosecuted on charges such as prostitution and drug possession.

That bill, H.568, would also create a study committee to consider the ramifications of further changing the state’s prostitution laws — ranging from partial decriminalization to a fully legalized and regulated system. The group would need to submit a report to the legislature by December 2020.

Colburn, who also signed on to that bill, told Seven Days last month that while she has “serious” questions about criminalizing consensual sex between two adults, most people "wanted more time to dig into" what decriminalization would look like.

“I want to do everything in my power to enable your success,” Little said.

Colburn has been hearing from sex workers and advocates from around the country since her bill was introduced. She told Seven Days that she first saw Little's video on Monday.

She had yet to speak with Little, and since her decriminalization bid is not moving forward this session, she said it's unlikely any House committees will be taking further testimony about the issue. But Colburn said she plans to add Little to a list of potential sources for the study group, if one is formed.

"Most of the folks I have heard from are people who either aren’t advocating for or aren’t working in settings that are legalized and regulated," Colburn said. "I do think it would be interesting to hear about the experience."

Little has previously used her platform for advocacy. In 2018, she fought against a push to outlaw legal brothels in one Nevada county, and she later cofounded a political lobbying group that advocates for Nevada brothel owners and sex workers.

Her contributions to the field also include a weekly podcast, "Coffee with Alice," and a YouTube page with videos ranging from sex toy reviews to industry insights. A video posted on Sunday, for example, shares tips on how to be both "submissive and sexy at the same time."

For reasons unknown, that video already has more views than her message to Vermont lawmakers, which is here: