Montpeculiar: Luckily, This Was Not an Actual Legislative Session | Off Message

Montpeculiar: Luckily, This Was Not an Actual Legislative Session 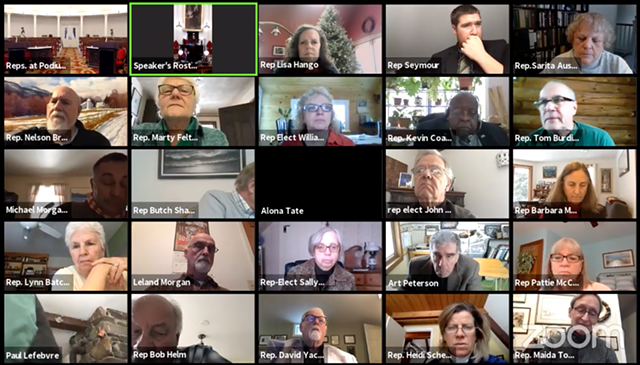 The new, mostly remote session of the Vermont legislature goes live Wednesday with the typical annual ceremonial and procedural oaths, speeches and votes by the House and the Senate. But lawmakers who logged on for a practice session Tuesday got a refresher course in just how frustrating remote legislating can make these otherwise routine tasks.

House members on videoconference forgot to mute themselves, talked over one another, struggled to use voting software and endured a dull humming sound from someone’s faulty microphone.

“I don’t even know what I’m doing here!” Rep. Robert Helm (R-Fair Haven) declared in exasperation at one point. “Am I recorded as voting yes?” 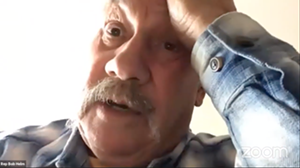 The 1 p.m. practice session was staged precisely to help lawmakers and Statehouse staff work out any glitches in remote voting procedures and clear out any cobwebs that some acknowledged had gathered since the previous session ended in September.

Helm and his colleagues weren’t voting on real legislation. Rather, he was expressing befuddlement about whether his vote on a pretend bill — dubbed H.R. XYZ — was being properly registered.

Even in normal times, following legislative votes can be hard enough for the public, with the differences between voice and roll-call votes often lost on all but the lawmakers and those who make it their professional business to track the legislature’s at-times mysterious machinations.

Remote technology only complicates matters, as the practice session demonstrated.

For routine votes on procedural matters such as a motion to adjourn, lawmakers can normally just say “aye” or “nay.” But over Zoom, that’s done by  "raising" a little blue virtual hand icon in the video conference interface.

That also signals that a representative is asking the speaker to be called on, however. So multiple times, Rep. Jill Krowinski (D-Burlington), the presumptive speaker in the coming session, would call on someone she thought had something to say, only to find they had merely forgotten to lower their hand after a previous practice vote.

At least one representative claimed to have a case of spastic Zoom hand.

“Apparently, my hand goes up and down at will,” Rep. Charles “Butch” Shaw (R- Pittsford) apologized to Krowinski, who was unfailingly patient with her colleagues.

Krowinski said her hope was the practice session would allow new members who had never voted remotely before and those who may be a little rusty to brush up on their skills ahead Wednesday’s 10 a.m. inaugural remote session.

Unlike the 30-member Senate, the 150-member House is too unwieldy to meet in the Statehouse with social distancing. Plans to hold the first House session in person at the Barre Auditorium were scrapped over continuing pandemic concerns.

While some representatives struggled to remember or understand the voting process and the software, others just pointed out troublesome technological glitches on the platform where they'll be spending a good chunk of the next several months.

One involved an incessant hum that Krowinski said she couldn’t hear but which other members said was annoying and distracting.

Krowinski repeatedly said Statehouse technology staff would look into the issues and correct them as soon as possible.

Despite the litany of complaints, most were constructive and the atmosphere remained light throughout.

“Thank you, member,” replied the soon-to-be new speaker, who was perched at the podium in the center of the empty House chamber while her colleagues remained at home. “I wouldn’t want to spend it with anyone else but you all.”
Prev
Next