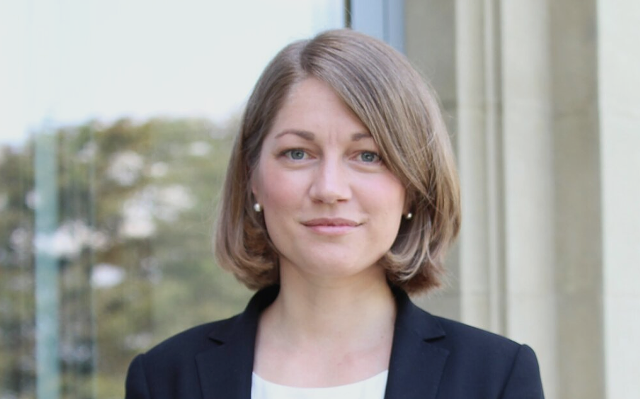 Gray, a political novice who works in the AG's criminal division, had been planning a run for several weeks and declared her candidacy in a press release Monday. She said she's seeking the state's No. 2 office because she believes Vermont is at a "crossroads."

"Our rural communities and workforce are shrinking and the next generation
is struggling to live in Vermont," wrote Gray, who was born and raised on a farm in Newbury. "There is a generation plagued by student loan debt that not only struggles to afford housing, keep healthy food on the table and start a family, but also care for aging parents."

Gray, who is running as a Democrat, graduated from the University of Vermont in 2006 and worked for Rep. Peter Welch's (D-Vt.) congressional campaign that year. She then served as a Welch aide in Washington, D.C., before returning to the Green Mountain State to attend Vermont Law School.

Over the last decade, she has worked on several human rights initiatives, including monitoring missions in East Africa, Nigeria and Iraq, according to her campaign website.

If elected, Gray said, she would focus on reinvigorating Vermont's rural communities, protecting the state's land and environment, and making it the "best place to raise and support a family."

"Now is the time for the next generation of bold leaders in Vermont," she wrote.

Meg Hansen, a Republican who has led Vermonters for Health Care Freedom, has also said she plans to run for the office.