Ram and Giambatista Announce Bids for Vermont Senate | Off Message 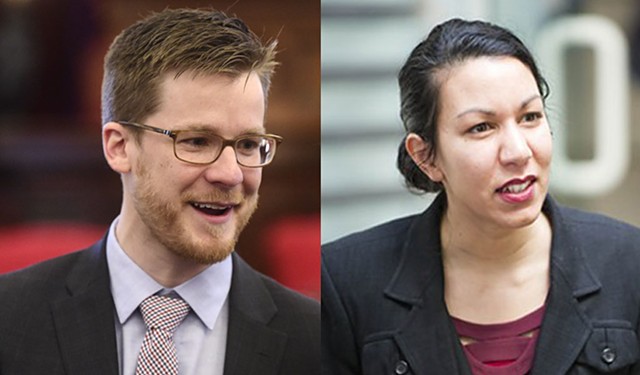 Former Vermont legislator Kesha Ram and State Rep. Dylan Giambatista (D-Essex) separately announced Tuesday that they will each seek one of Chittenden County’s six Senate seats this November, in two of the latest of a cascade of political declarations since Lt. Gov. David Zuckerman announced his run for governor. 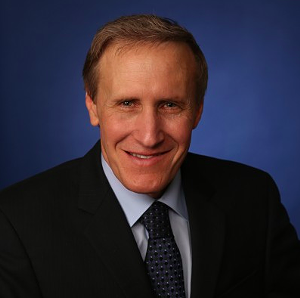 A third candidate, Louis Meyers, an internal medicine physician at Rutland Regional Medical Center and a past Senate candidate, also said he would run. A physician's experience would benefit the Senate on health care issues, he said.

Ram, 33, told Seven Days that she is seeking to return to the legislature after a four-year hiatus. She was elected to the House at age 22 and served four terms representing Burlington. In 2016, she ran for lieutenant governor, finishing third in the Democratic primary. She now works as a social and environmental equity consultant.

“I’ve always been a relationship builder, someone who strives to build consensus with conviction," Ram said in a phone interview. "I want to help restore that faith that we can work together to get important things done for Vermonters."

Giambatista, 33, shared his plans Tuesday morning on WVMT’s "The Morning Drive" radio show. Giambatista told Seven Days that the opportunity to serve a broader area appeals to him. He is in his second term and sits on the House Committee on Education.

A lifelong Vermonter, Giambatista worked as chief of staff to then-House speaker Shap Smith from 2014 to 2016 prior to taking a job in the Office of the State Treasurer. Before he became a politician, he was best known as a founding member and lead guitarist of the Vermont punk band Rough Francis.

For newcomers, the Chittenden County Senate district has been a notably difficult nut to crack. Twenty years have passed since an incumbent lost. But there’s at least one seat, and possibly two, opening up.

Following initial reports of Zuckerman's plans last week, Senate President Pro Tempore Tim Ashe (D/P-Chittenden) quickly declared that he would run to replace the outgoing lieutenant governor. Ashe’s seatmate, Sen. Debbie Ingram (D-Chittenden), has said she is “leaning towards” joining the race. She planned to announce her decision this week.

While other well-known legislators were mulling their options, three candidates from outside the Statehouse have already shared plans to run for LG: Meg Hansen, a Republican who has led Vermonters for Health Care Freedom, and Molly Gray, a prosecutor with the Attorney General's Office, both said they intend to run. And Brenda Siegel, who finished third in the 2018 Democratic gubernatorial primary, said last week that she, too, means to run. She said she expected to officially announce her campaign later this week.

Others have ruled it out, including former speaker Smith and Sen. Randy Brock (R-Franklin), who told Seven Days that he plans to seek reelection to the Senate.

More dominos are expected to fall in the coming weeks as candidates line up for the Chittenden Senate race. Steve May, a clinical social worker from Richmond who ran as a Democrat in 2018, told Seven Days on Tuesday that he expects to formally announce another bid within the next few days.
Prev
Next