University of Vermont Board of Trustees Chair to Step Down 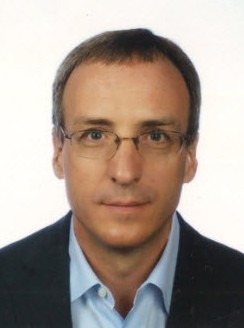 The University of Vermont's board of trustees will choose a new chair at a meeting March 2 to replace David Daigle, who announced Thursday that he is stepping down.

"I think it's the right time to transition to the next generation of leadership," Daigle told Seven Days on Friday.

At a meeting Monday, the UVM governance committee nominated board vice chair Ron Lumbra to be chair.

The full board of trustees must confirm the nomination at the March meeting.

In a letter to the UVM community, Daigle wrote that after 10 years on the board and four as chair, he'll step down at the end of February. His term was supposed to last until March of 2022.

In thanking the UVM community, he cited fundraising successes, physical improvements to the campus and strengthening of the "human capital" across the university as achievements.

"I am tremendously grateful to so many of you for the roles you have played in these advancements," he wrote. "Through your efforts, UVM is a better university."

Daigle's departure comes as UVM's new president Suresh Garimella settles into his first year on the job with new initiatives including a tuition freeze for next school year.

New UVM President Wants Four-Year Graduation Rate Even Higher
By Molly Walsh
Education
The turnover also comes amid criticism about the board's composition. Only six of its 25 members are women. Some faculty, students and lawmakers have called for gender parity. The limited racial diversity on the mostly white board has also been criticized.

Lumbra, who is African American, would not be the the first chair of color, but he is one of few racial minorities on the board.

He declined to comment Friday on his potential election as chair, saying it would be "premature." Lumbra praised Daigle and said he is stepping down after long and productive service on the board.

"David's done his job and done it well and feels personally it's time to take a breath," said Lumbra, a managing partner at Heidrick & Struggles' Centers of Excellence in New York.

Lumbra co-chaired the search committee that tapped Garimella and chaired the committee that recommended changing the name of UVM's main library. The Bailey-Howe Library honored Guy Bailey, a former UVM president who supported the Vermont Eugenics Survey. The building is now called the Howe Library.

Frank Cioffi, a trustee and chair of the board's governance committee, commended Daigle's work on the board. Daigle is a partner at a private investment firm in New York City called the Capital Group.

Both Daigle and Lumbra are Vermont natives, UVM grads and first-generation college students.

Trustee Cynthia Barnhardt was nominated to be vice chair of the board.

The 1981 UVM graduate is chancellor and a professor of civil and environmental engineering at the Massachusetts Institute of Technology.

Vermont Rep. Curt McCormack (D-Burlington) was nominated to serve another year as board secretary.
Prev
Next