Marlboro College to Merge With Connecticut's University of Bridgeport | Off Message

Marlboro College to Merge With Connecticut's University of Bridgeport 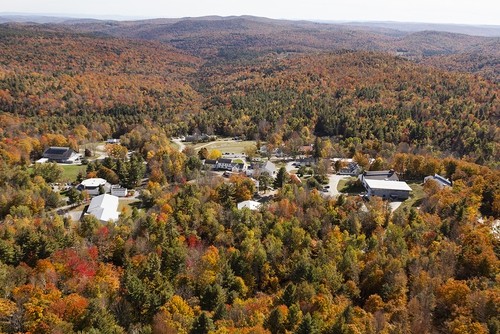 Amid "significant revenue challenges" related to a stark decline in enrollment, Marlboro College will merge with the University of Bridgeport, a much larger school situated on the southern Connecticut coast.

"We understand this news will stir varying emotions in our community, as it did for us when we first considered this option," Marlboro president Kevin Quigley and Richard Saudek, chair of the school's board of trustees, said in a joint statement about the merger. "Like many small, private liberal arts colleges, Marlboro has experienced significant challenges around enrollment and finances in recent years."

The southern Vermont school's enrollment dipped to 150 students this past school year, its lowest in about a decade and an approximately 25 percent decline since 2007. The college sold its downtown Brattleboro graduate school building for $3 million last August.

During the past year, college trustees began a Reimagining Marlboro exercise in search of ways to stabilize the school. That led to the idea of merging with the 5,400-student University of Bridgeport, located in Connecticut's most populated city. Details of the merger were announced Thursday on the Marlboro College website, which declared, "We Have Exciting News To Share."

"This unique partnership aims to maintain Marlboro’s intimate, self-directed liberal arts education within the context of Bridgeport’s STEM focus and extensive professional studies programs," Quigley and Saudek said in their statement. "The planned merger would retain Marlboro’s faculty, students, and campus as part of the new Marlboro College of Arts and Sciences within the University of Bridgeport, while significantly increasing educational opportunities for students on both campuses."

The partnership could be in place as soon as the spring of 2020.

Survival of the Smartest: Vermont's Colleges Must Adapt as Pool of Potential Students Declines
By Molly Walsh
Education
The announcement is the latest to shake up the liberal arts college landscape in Vermont, which is challenged by a shrinking demographic of college-age population in the Northeast. Green Mountain College in Poultney, Rutland's College of St. Joseph and Southern Vermont College in Bennington all closed this year.
Prev
Next