Southern Vermont College to Close at End of Semester | Off Message

Southern Vermont College to Close at End of Semester 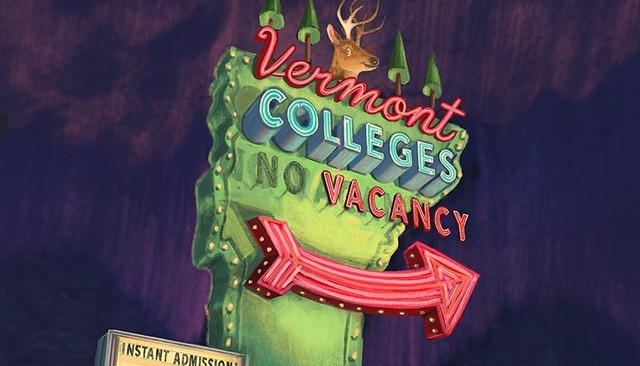 Southern Vermont College is closing after the spring semester due to financial problems, college president David Evans announced on Monday.

The Bennington liberal arts college’s board voted to close during a special meeting on Friday, the day after a show-cause hearing with the New England Commission of Higher Education (NECHE), which is responsible for accrediting colleges and universities.

On Saturday, a day after the board voted to close, NECHE notified officials that the college's accreditation will be revoked in August because of a lack of funds. The college’s announcement emphasized that the loss of accreditation had nothing to do with its academic programs. Students who graduate at the end of this semester will "receive an accredited SVC degree," according to the announcement.

Survival of the Smartest: Vermont's Colleges Must Adapt as Pool of Potential Students Declines
By Molly Walsh
Education
“Please note that NECHE’s concern was limited to SVC’s finances only,” Evans wrote. “The quality of the education we offer, institutional integrity, the transferability of courses, and the value of our degrees, are not in question.”

Four hundred students attend the college, according to its website.

The Massachusetts College of Liberal Arts has agreed to help Southern Vermont College students finish their degrees. Officials from that school are scheduled to visit the Southern Vermont campus Tuesday to meet with students, according to the announcement.

Southern Vermont College is the third small liberal arts college to close in Vermont in recent years, all due to financial woes attributed in part to declining enrollment. Burlington College closed in May 2016 and Green Mountain College in Poultney announced in January that it'll close at the end of this semester.
Prev
Next