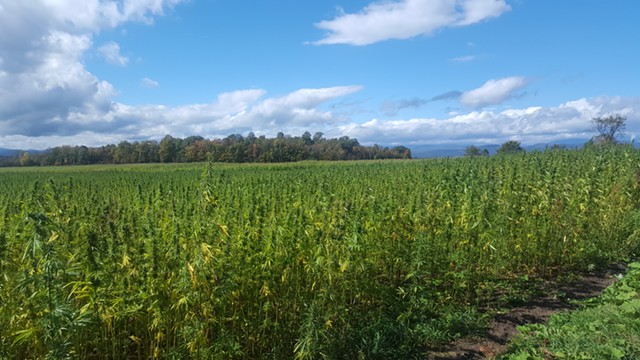 A Burlington woman who sued the Vermont Hemp Company last year has settled with the business.

Cynthea Hausman said she drained about $15,000 in savings before agreeing to settle her lawsuit in October 2018.

“I just ran out of money,” Hausman told Seven Days on Thursday.

She originally got into the hemp business to make money. Hausman said she hooked up with the Vermont Hemp Company and its founder, Joel Bedard, in the spring of 2017. The two hatched a plan to grow seven acres of hemp that year on Hausman’s mother’s farm in Addison, which was in foreclosure; the cash to be made from the harvest was earmarked for the bank.

Hausman claimed in her lawsuit that Bedard guaranteed she’d make $45,000.

Lawsuit: Vermont Hemp Company Founder Lifted Cannabis Crop
By Sasha Goldstein
True 802
Things went south after the company harvested the hemp in late October 2017. Rather than sell it, the company stored the crop to wait for market prices to go up, according to the complaint. In December, Hausman demanded the return of her product. In January 2018, she filed suit.

“It’s money that could have gone to the mortgage,” Hausman said of the legal fees. “But I thought it was worth a chance because he owed me $45,000. So I spent all my savings.”

Bedard denied he ever guaranteed her a certain return, and he countersued her, alleging she defamed him and his company. The settlement means that counterclaim is dismissed as well.

Vermont Hemp Company Responds to ‘Unfounded’ Lawsuit
By Sasha Goldstein
Off Message
Bedard, who has since sold a majority share of the company to its CEO, Katherine Desmond, said he’s happy the suit is behind him.

“Nobody wants to have these experiences, and it’s unfortunate that it occurred,” he said. “But we stand by our original position that there was no fault.”

Desmond said she, too, signed a contract with Bedard and grew about the same acreage for Vermont Hemp in 2017, before she was working for the company. It took about a year before her crop was sold to Victory Hemp Foods, a company that pressed the hemp seeds for oil. Desmond wouldn't divulge what she made off the deal but said it was nowhere near $45,000 — and she never expected to make that much.

As per the settlement, the company returned about 800 pounds of hemp it harvested, according to Hausman, who said the stuff is in her garage. At this point, she said, she’ll probably donate it to a farm for animal feed.

“There’s nothing I can do with it,” she said.

Hausman still has her mother’s farm — but not her mother, who died in April. Madelyne Wight was suffering from dementia and lung cancer, according to her daughter, and then she fell and broke her hip and injured her head. Hausman had hoped her mother could spend her final days on the farm, but Wight needed too much care following the fall. Wight died in hospice care in Middlebury a few days short of her 80th birthday. 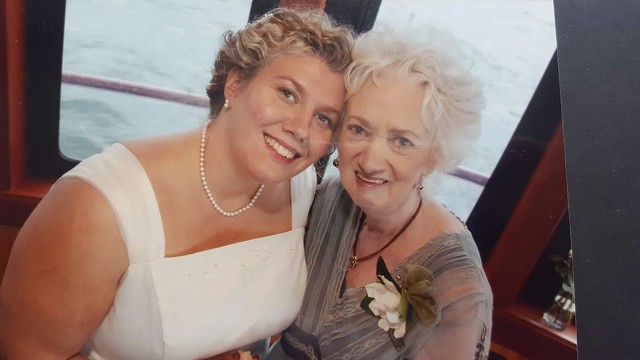 Hausman said she’s trying to make money to hold on to the farm or eventually sell it. She’s hired someone to manage her massage company, Cynthea’s Spa, so that she could take a job in digital marketing at Dealer.com. She also teaches marketing at Champlain College, and she is renting out the Addison farmhouse and two of the rooms in her Burlington home.

Hausman is still negotiating with the bank and hopes to resolve the property issue after more than two years of chaos.

Despite the setbacks, she’s staying optimistic about the future — which may or may not include another attempt this year at growing hemp.

“I just put one foot in front of the other,” Hausman said. “I’m definitely not giving up.”