Vermont Senate Votes to Raise Minimum Wage to $15 by 2024 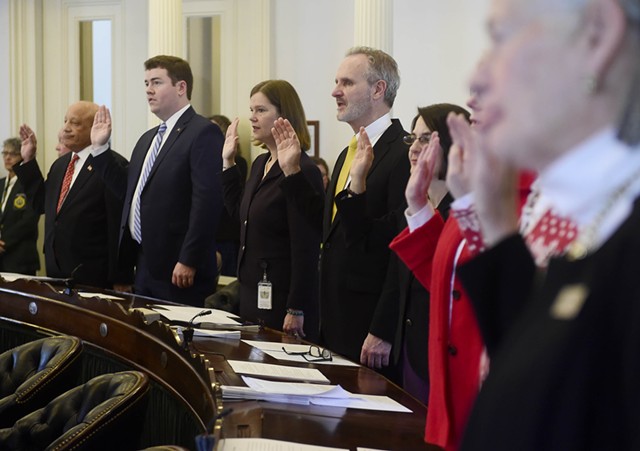 The Vermont Senate voted Tuesday to raise the state’s minimum wage to $15 an hour by 2024. If the House follows suit, the stage will be set for a veto showdown between the legislature and Gov. Phil Scott, who vetoed similar legislation last year.

The Senate passed the bill by voice vote Tuesday morning, but it appears to have support from a veto-proof majority. A procedural measure cleared the Senate last Friday on a vote of 19 to 8, with three supporters absent.

Scott and many legislative Republicans oppose the bill, arguing that increased payroll costs for businesses could lead to job cuts and price inflation. Proponents of the bill say it would boost the state’s economy by giving low-income Vermonters more money to spend, making up for the increased costs.

Before voting against the bill on the Senate floor Tuesday, Sen. Corey Parent (R-Franklin) pointed to a report from the legislative Joint Fiscal Office which found that job losses in the state could amount to 3,000 by 2040 as a result of the increased minimum wage. Legislative economists also found the proposal could shrink the state’s gross domestic product, Parent said.

His seatmate, Sen. Randy Brock (R-Franklin), pointed to projections of short-term job losses of up to 950 in 2024 during a debate last Friday.

Brock said a $15 minimum wage sounds good in theory, but he asked senators to consider Vermonters who hold those jobs and make $13 or $14 an hour today.

“Would they rather be paid that or be unemployed?” Brock asked on the floor last Friday.

Democrats were unable to overcome Scott's opposition to the legislation last year because Republicans held 53 out of 150 seats in the House. A two-thirds vote in both houses is necessary to override a gubernatorial veto.

Scott’s position is weakened this year now that Republicans hold just 43 seats in the House. If Democrats and Progressives unite around the bill in the House, it could become law without Scott's signature.
Prev
Next