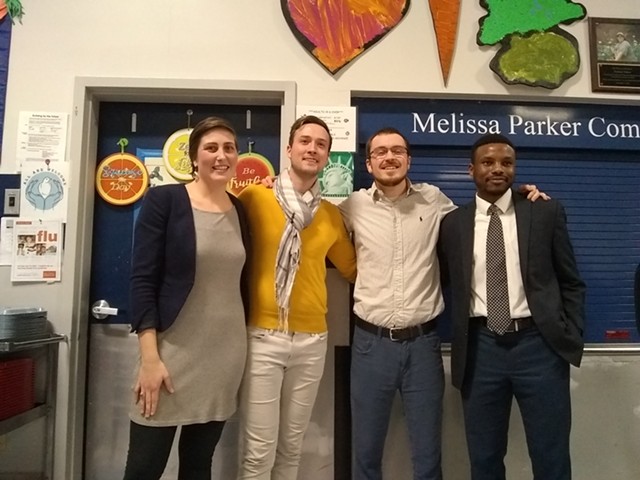 Burlington Mayor Miro Weinberger has dipped into his political action committee's funds to advocate for yes votes on Town Meeting Day ballot items. The group, Partnership for Burlington's Future, spent nearly $3,000 on mailers and online advertising to encourage voters to approve initiatives to expand the downtown improvement district, approve the budget, agree to permit reform, and eliminate the business personal property tax. That's according to campaign finance reports that were due on Saturday, the last deadline before the March 5 vote.

Two real estate developers, Dave Farrington and Ernie Pomerleau, each contributed $1,000 to the effort. Branding and marketing company Select Design gave $1,500. Another PAC, Neighbors 4 a Better BTV, is also advocating for a 'yes' vote. Their efforts were not as well financed; the group spent $260.

In Burlington City Council races, longtime incumbents Joan Shannon (D-South District) and Jane Knodell (P-Central District), racked up the most cash of any candidate. (Knodell lost the Progressive nomination but is running as an independent.)

Shannon has raised the most with more than $6,900. Much of the $2,300 she raised since February 3 was in anonymous donations under $100. Among her larger contributions was $300 from Weinberger's Miro for Mayor campaign account.

Her opponent, Mohamed Jafar, raised $2,900 since February 3, for a total of $4,800. That's in spite of misogynistic tweets that surfaced in mid-February. The third South District candidate, independent Paco DeFrancis, did not file a report.

The third incumbent, Richard Deane (D-East District), who's been in office for two years, raised just $1,800. He was outpaced by his opponent, Progressive Jack Hanson, who raised $5,000.

In the North District, Democrat Franklin Paulino racked up $4,930, and independent Kienan Christianson tallied $2,940. Independent Ericka Bundy Redic did not file a report.

Down the ballot, University of Vermont student Sam Donnelly, who's worked on the campaigns of various Democratic candidates, raked in more than $1,600 for his run for inspector of elections. That includes donations from former state party chair Faisal Gill ($250), Pomerleau ($250) and Deane ($100).

Correction, February 26, 2019: A previous version of this story miscalculated the total amount of money spent by Weinberger's PAC. Due to a filing error, the position Donnelly is seeking was incorrectly identified.

Correction, March 4, 2019: A previous version of this story misstated the stance of Neighbors for a Better BTV.
Prev
Next