The Vermont women who posed nude for a get-out-the-vote campaign say they’re undeterred by internet trolls and naysayers who have disparaged them over the past week.

Since Seven Days reported on the "Grab Them by the Ballot" campaign, the story has gone viral, garnering publicity from such outlets as the UK's Daily Mail — and vitriolic responses from others. Organizer Dawn Robertson said the response has only hardened the resolve of most of the 10 women who dropped trou in a bold statement on sexuality, empowerment and ownership of their bodies.

The response has been particularly harsh from right-wing news organizations and websites. Fox News, Breitbart and the Blaze wrote about the “Democrat women” who decided to protest Republican policies with nudity. “YUCK!” screamed a headline from the Gateway Pundit, a website rife with conspiracy theories. “Democrat Women Get Naked to Protest GOP With ‘Grab Them by the Ballot’ Campaign.”

Rush Limbaugh, too, decided to disparage the women on his talk-radio show.

“They replace the vagina hats as a means of inspiring and spurring female [turnout],” he said on his November 2 show, according to a transcript posted on his website. “No matter where you look on the left, you have virtually nothing but hatred motivating people. Hatred and anger.”

Robertson said she can only shake her head and laugh at the irony of it all. The backlash, she argued, has proven the point of the entire campaign.

“They were as naked as we were,” she said of the internet trolls. “They completely exposed themselves.”

Aside from particularly cruel conservative commentators, many of the snide remarks came from readers who body-shamed the women, called them names and insulted their intelligence. That, the Harvard Law-educated Robertson said, is what women often experience in everyday life. By choosing to strip down and take a stand, the group reclaimed their bodies for themselves, “versus allowing a society to commoditize them.”

“Women, and men, from around the world have reached out expressing support, and that they may not have made the same choice, but they respect ours,” she said.

Gina Carrera said she and the other women acted bravely by getting nude in front of the camera.

“It takes a lot to drop your clothes when you’re not picture-perfect,” she said. “We don’t need people pointing out our flaws. But the fact is, most women look the way we look … This wasn’t something that was easily done, but we all feel really strongly about having a voice and voting, and that’s why we did it.”

Slideshow Photos: 'Grab Them by the Ballot' Campaign 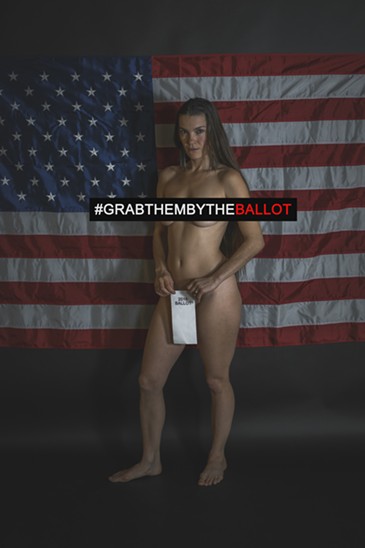 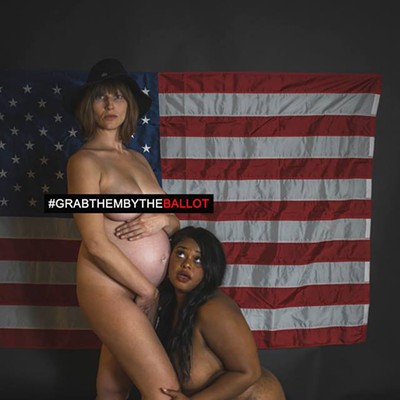 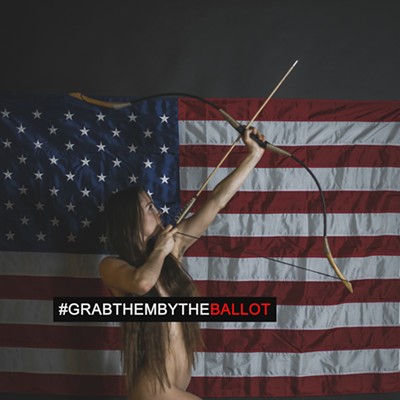 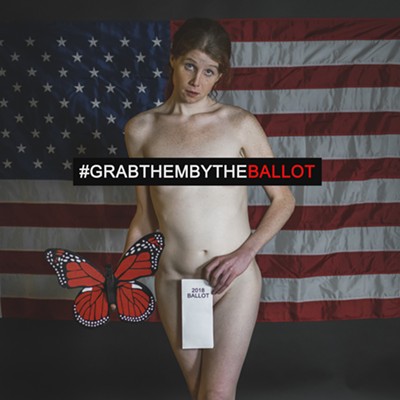 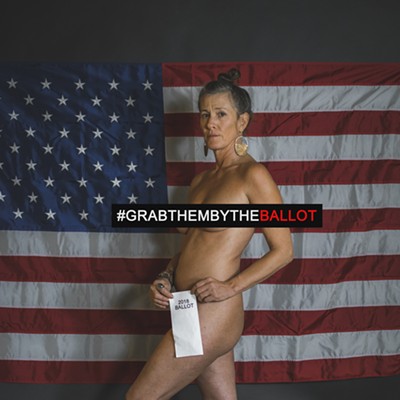 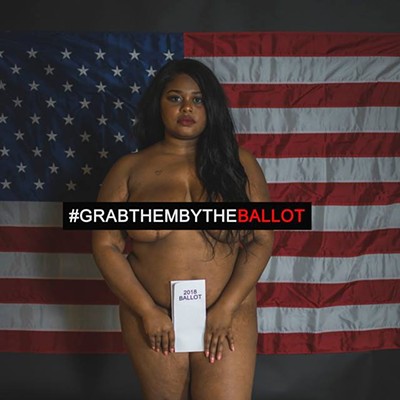 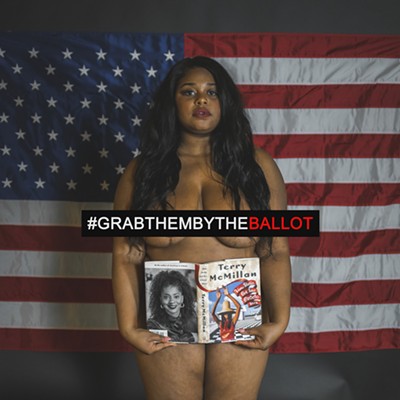 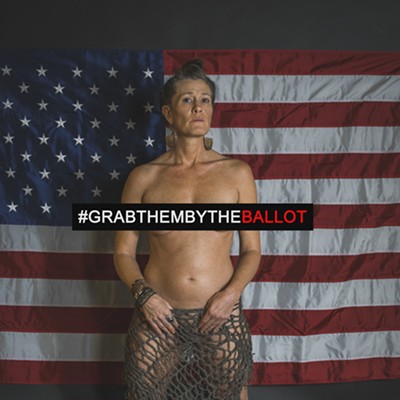 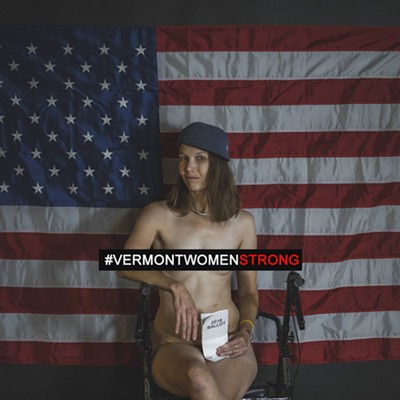 Photos: 'Grab Them by the Ballot' Campaign
By Sasha Goldstein
Click to View 21 slides
While Robertson, Carrera and many of the women said they had no regrets about participating in the campaign, it did carry consequences for some. The emotional toll hit a few especially hard, Robertson said. Tara Beach, a small-business owner from Colchester, said she lost clients and friends who couldn’t comprehend her decision to participate.

Beach did not regret participating because she worries that politicians in power are mounting an assault on women’s rights. She called the photo shoot “one of the most amazing experiences of my life” and said she disregarded calls from friends who warned her not to participate because of the inevitable backlash.

“This is the best way that I could think to let people know how serious it is,” Beach said. “If you don’t go vote, you can’t complain. And if we lose our rights as women, then it could take another few decades, another century, to get back to where we are today. As women — there are more women than men in this world — we have to let our voice be heard.”

Another participant, Alexandra Martin, said the negative comments didn't get her down.

“It’s completely demonstrating the whole point of it, anyway,” Martin said. “I’m saddened by the state of humanity but it’s quite an interesting little experiment.”

“It wasn’t meant to be a bunch of supermodels posing in a sexy way. It was diverse bodies,” she said. “The fact that we’re naked, people just cannot get over it.”

Despite her rosy outlook, Martin said it hasn’t been easy. She’s had trouble sleeping and little appetite during the last week. She has spent hours on the phone with some of the women in the group, listening to them discuss the feelings they’ve experienced in the aftermath of the viral shoot.

"If we had done the photo shoot with clothes on, people wouldn't have seen it," Martin said. "Now, we're exposing hate and we're exposing people shaming other people's bodies, and cruelty. How can you expect positivity in your life when you're throwing so much negativity?"