Despite Extreme Heat, Vermonters Find Their Chill at Cannabis Legalization Party | Off Message

At 11:05 a.m. on Sunday, seven people were sweating on Flynn Avenue in Burlington, waiting for a shuttle to take them to the Heady Vermont Legalization Celebration in Johnson.

They joked among one another that they shouldn’t have expected a bus for a pot party to, well, be on time. One man offered the others hits on his doobie, and they smoked in a circle, debating whether the parking lot would count as a public place under Vermont’s new cannabis law.

Sunday, July 1 marked the first day cannabis was legalized in Vermont — though some aspects of the law remain open to interpretation. Approximately 1,000 celebrants gathered at the Heady fest at Willow Crossing Farm, while others in southern Vermont attended the Original Green Mountain Cannabis and Music Festival in West Dover.

When the bus travelers arrived at Willow Crossing Farm about an hour later, they were greeted by a nearly-full parking lot and the smell of weed. Turnout was good and people were sparking spliffs as the temperature hit the 90s. A sign directing attendees from the parking lot to the farm warned them to “hydrate well with every toke” to avoid heatstroke.

Some Vermont Towns Just Say No to Cannabis Legalization Parties
By Sara Tabin
Politics
Sure, there was the perpetual smell of pot, but Heady’s event was not a wild one. Some marijuana merry-makers reclined and bobbed their heads as Honeytwist, a Vermont rock band, covered Tom Petty: “One last dance with Mary Jane, one more time to kill the pain,” the group belted from the main stage. Red-eyed and dazed, most attendees declined to speak with Seven Days.

Others took a dip in the Lamoille River or attended workshops on cannabis cultivation and bioscience. Vendors offered sample products infused with cannabidiol at booths, and local food trucks helped stave off the munchies.

Attendees who agreed to talk said they were pleased with the event.

“This is better than I could have ever expected it to be. It’s so much nicer than the usual music festival where everyone is super drunk and obnoxious and loud,” said Claudia Greene. “It’s very chill. It’s awesome that it’s just a bunch of people enjoying some weed together.”

Greene heard about the festival on Friday from coworkers who later bailed because of the heat. She already had legal access to marijuana as a medical patient and said cannabis was “tremendously” helpful for her medical condition. Legalization will give people with medical needs that do not meet the criteria for a medical license the ability to get benefits from cannabis, said Greene.

Wives Missy and Becki Douglass-Olson sold CBD sweets through their new company, Karma Jane. Becki said they only signed up as vendors at the festival three weeks ago, as they were nervous about having enough products in time. She explained that they have wanted to work in the cannabis business community for more than a decade.

“Trying to come out before this legalization was kinda difficult because people would just instantly associate (CBD products) with THC. Now that it’s legal, people are more open about it,” Becki Douglass-Olson said.

Selling THC products is still illegal under the current law. But some vendors found a loophole in the “gift economy.” 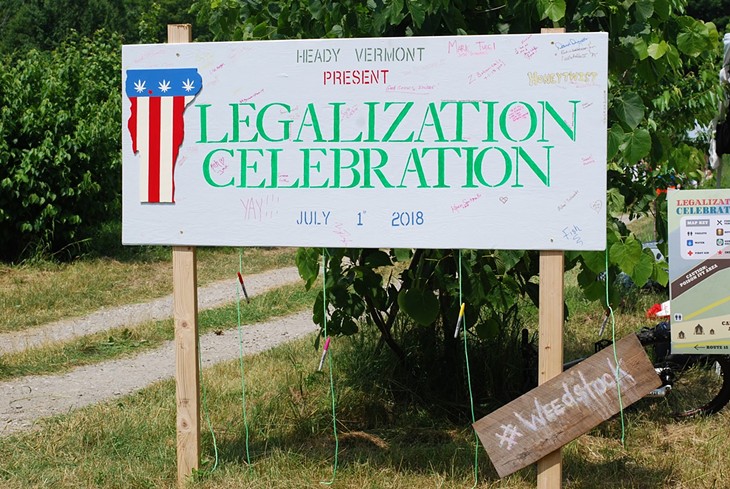 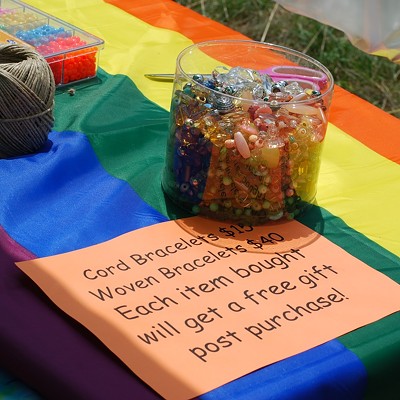 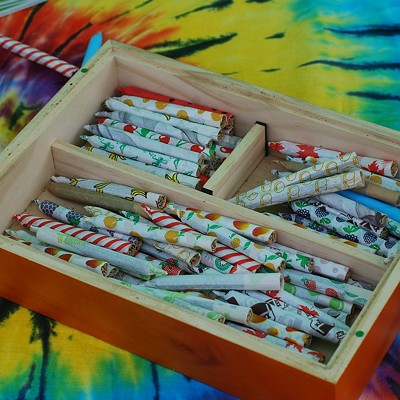 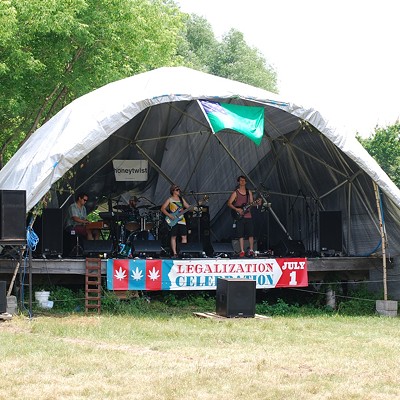 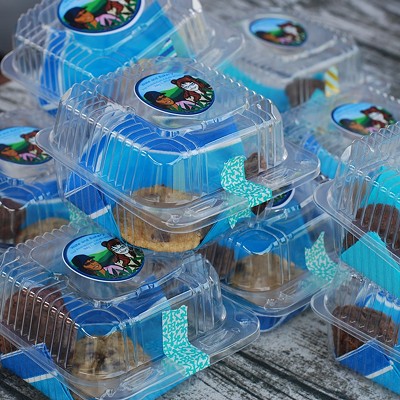 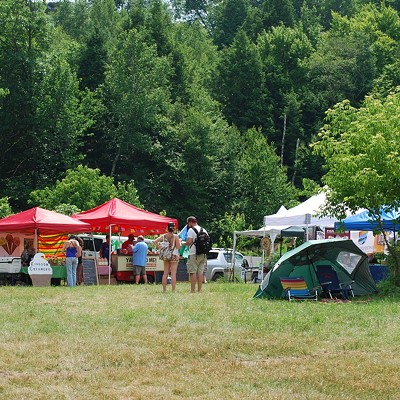 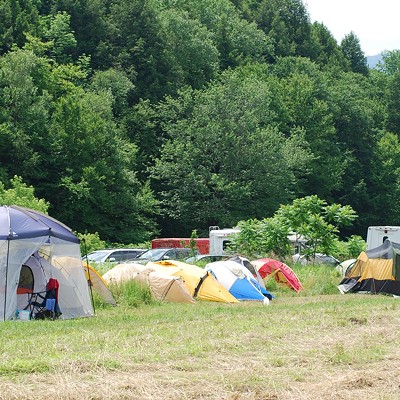 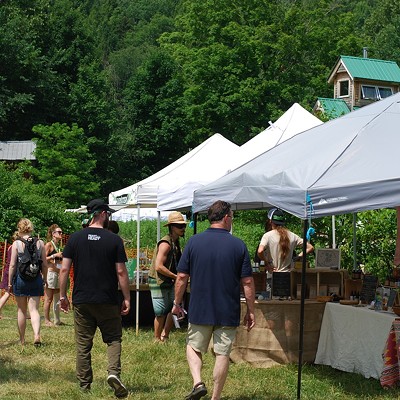 Vermonters Celebrate Cannabis Legalization
By Sara Tabin
Click to View 8 slides
The Wake and Bakery sells CBD treats at local markers, but on Sunday, they brought THC cookies and brownies as well. Attendees who purchased a $20 raffle ticket for Bern Gallery products were "gifted" the special sweets.

Michelle Crytzer, owner of Highly Rooted, sold simple string bracelets for $15. But each bracelet came with a free joint. Crytzer told Seven Days she was inspired by observing the gifting system pot vendors use in Washington, D.C. When asked if she was worried about legal trouble, she replied “I’m not doing anything illegal as long as I don’t have more than an ounce on me,” but added that she might have to hire a lawyer to prove it.

The legal counsel she has in mind? Tim Fair, a local cannabis attorney and the legal sponsor for the event. At the festival, Fair hosted a Q & A session about Vermonters' rights under the new law.

Although some attendees camped out overnight, Seven Days left the scene around 3:30 p.m. with some of the same bus passengers who arrived in the morning. On the way out, they were lively and talkative, but on the way back to Burlington, most seemed quiet and slightly dazed.
Prev
Next