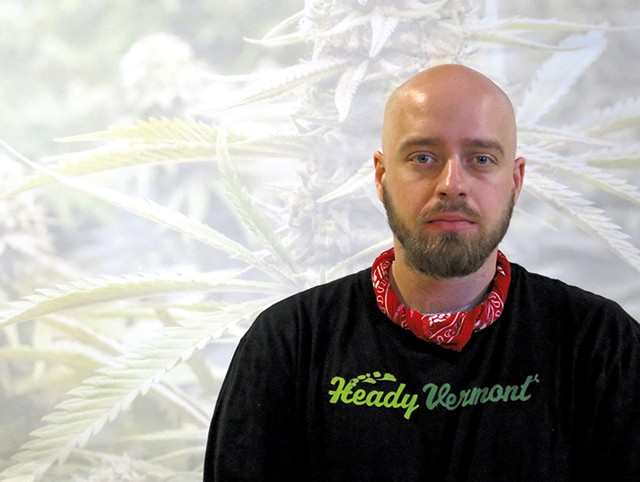 Eli Harrington, the cofounder and public face of cannabis events and media company Heady Vermont, has left the business.

Harrington announced the move in a June 10 post on the company website, writing that the business has "stayed true to the core mission: that ALL people with interest, passion, and knowledge of cannabis in Vermont should have news, a political voice, and spaces where they could meet each other."

Harrington and cofounder Monica Donovan started Heady Vermont in 2015. What launched as a blog about cannabis evolved into a full-fledged business that now features memberships, reported stories, analysis and advocacy. Harrington was a familiar face at the Statehouse, where he’d lobby for weed legalization and, more recently, regulation. Last month, the company hosted the two-day Vermont Cannabis & Hemp Convention at the Champlain Valley Exposition.

Harrington, who served as the company’s chief operating officer, said he and Donovan would periodically check in about how things were going and recently decided it was time to end the partnership. In an interview last week, he called it “a totally amicable split.”

“I think we just had sort of different visions for the future and how to get there,” Harrington said. “It seemed like a good opportunity to make a break and split off and explore those for ourselves, respectively.”

Harrington said he plans to launch a podcast and newsletter in the coming weeks. He’s already started a consulting business called Greenbridge and is planning various weed-focused events. He’s hosting a golf tournament in September to raise money for his cannabis lobbying efforts and wants to hold a cannabis cup for the state’s growers. Heady Vermont previously ran such a competition, dubbed the Headies, and Donovan said she plans to continue to hold it.

Asked about potential overlap between Harrington's new business ventures and hers, Donovan said she looks "forward to seeing what he's got going on, and I welcome a diversity of events in this space."

She’s gearing up for changes at Heady. Donovan is setting up a summit for next April in Burlington focused on women in the cannabis industry. She noted that Harrington’s departure and the recent promotion of Kathryn Blume to communications coordinator means that Heady is now a majority female-owned and operated company.

Donovan is also eyeing a staff expansion and might make the operation more regionally focused.

“I’m pretty excited to take the helm of Heady Vermont and really shake some things up,” she said. “I’m a little bit sad, but we’re both really excited to move on to some new things.”
Prev
Next