Vermont Marijuana Legalization Bill Could Be Revived | Off Message 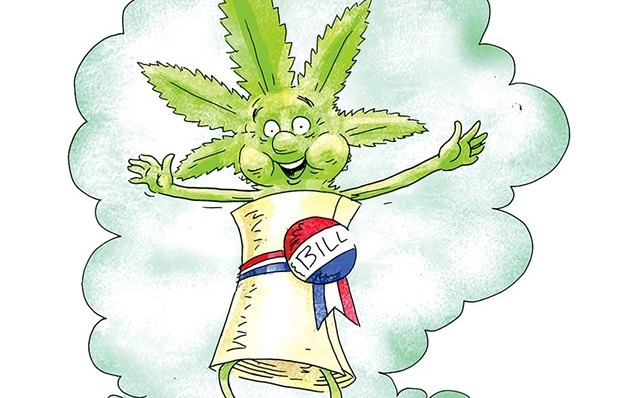 The reports of the marijuana legalization bill's death may have been greatly exaggerated.

The House Human Services Committee expects to discuss the bill next week, according to committee chair Ann Pugh (D-South Burlington). The panel will focus on youth drug prevention programs and the impact legalization could have on young people, she said.

Lawmakers pulled the bill, H.170, from the House floor this week and sent it to the Human Services Committee this week because it lacked the votes to pass. The legislation would allow possession of up to an ounce of marijuana, two plants and four seedlings. It would not legalize sale of the drug.

The bill's sidelining led many to conclude the legislation was dead for the year. Pugh's comments suggest that might not be the case.

Pugh said the bill has enough support to pass out of her committee. The panel will vote "when the body is ready," she said, meaning its future isn't dependent on the committee's support but on whether leaders determine it has the votes to pass the full House.

House Speaker Mitzi Johnson (D-South Hero) said passage hinges on some members who want assurance that legalization won't increase drug use among youths. "We're going to keep working on it," she said.

Her office has received somewhere between 50 and 100 calls, mostly from legalization supporters, about the bill since Tuesday, said Katherine Levasseur, the speaker's aide.