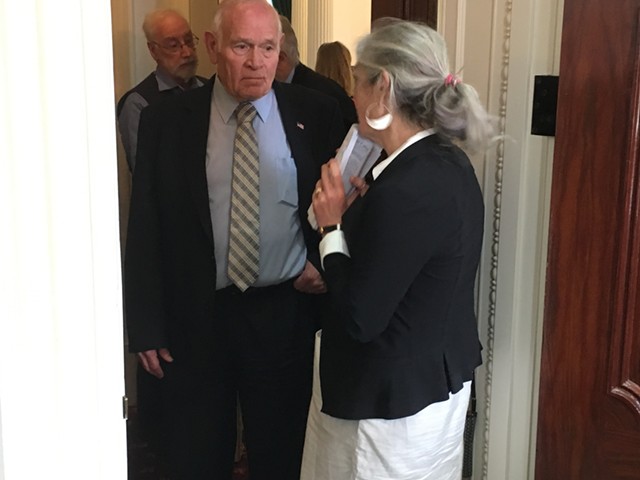 Sears introduced an amendment on the Vermont Senate floor mirroring a House-passed measure, H.170, that would legalize marijuana possession. He added to it a study commission to look at how Vermont might go about taxing and regulating the drug.

The amendment passed the full Senate in a 20-9 vote. The House Judiciary Committee is expected to consider it late Friday afternoon, meaning the full House could still vote on the measure before the end of the session.

"This is an effort to put something that might have an opportunity to pass," Sears told fellow senators Friday afternoon.

Sears' amendment would legalize possession of an ounce of marijuana and would allow adults to grow at home two plants and four seedlings. The law would go into effect July 2018 — a year later than the bill proposed in the House. 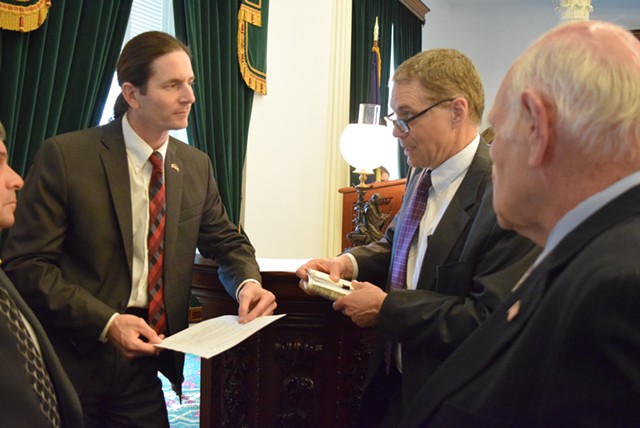 The amendment marked a sea change for Sears. Just weeks earlier, he had dismissed the House's measure, arguing that it would do nothing to curb the black market. He wanted full legalization that would allow for the sale of taxed and regulated marijuana.

Friday, with adjournment for the year nearing, he changed his tune.

"I'm willing to compromise as long as I see a path forward," Sears said. The study commission provides that path forward, he said. Such a commission, made up of legislators and state officials, would consider how to roll out legalization, producing written recommendations to the legislature by November.

Sears' counterpart in the House was happy to hear of movement in the Senate. "I would like H.170 to become law," said Rep. Maxine Grad (D-Moretown), chair of the House Judiciary Committee.

Getting the new proposal through the House could still be a challenge. Sears and Grad had met earlier to discuss the move. "Maxine is hoping she can pass it in the House. That's a big if," Sears said.

Grad had come into the legislative session hoping to legalize possession and the ability to grow at home relatively small amounts of marijuana — without legalizing sales. But her bill stalled for months as it remained unclear if the measure had enough votes to pass in the House. The chamber did finally pass Grad's bill, just this week, by a close 74-68 vote.

House Speaker Mitzi Johnson (D-South Hero) said of possible House action on the bill, "I'm not sure yet, quite frankly."

Gov. Phil Scott said he's not opposed to a study commission but was not prepared to comment Friday evening on what the Senate had passed.