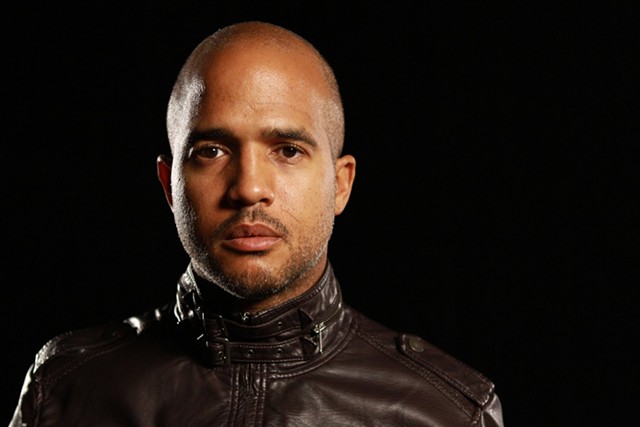 On Wednesday, the Flynn announced that composer, violinist and activist Daniel Bernard Roumain has been officially installed as its new creative chair. The acclaimed musician, who has played with everyone from Philip Glass to Lady Gaga, and whom the New York Times described as "omnivorous as a contemporary artist gets," aims to shepherd the Burlington performing arts organization toward a bold new future.

"I see the Flynn as a campus," Roumain said in an introductory video, posted to YouTube by the organization. "A place of creative ideas; a place where artists and, in particular, marginalized people can and should be heard.

"I also see the Flynn as a home," Roumain added. "I see it as a space where there is safety, respect, deep intellectual inquiry, and fun."

DBR, who was the Flynn's artist-in-residence in 2019, inspired the creation of the new position, according to a press release. The creative chair is meant to influence the creative ambitions of the Flynn, as well as guiding how the organization interacts with the community.
Additionally, DBR will curate the new Flynn Fellowship program. Musicians Dwight Ritcher and Nicole Nelson, of soul and blues rock band Dwight & Nicole, will serve as the Flynn's inaugural fellows. The Burlington-based couple of  will work closely with DBR and the Flynn to promote the new, eclectic vision they see for the organization.

"There's never been a more ripe time," Nelson said alongside Ritcher in a video interview with DBR, also posted by the Flynn. "As far as creative vision goes, I feel like this is a time of rebuilding all of our major structures. It's ground zero for coming together with other creative people and making something new."
DBR and Dwight & Nicole will participate in the Flynn's Grand Reopening Celebration on Saturday, October 23, headlined by four-time Grammy Award winner and world music star Angelique Kidjo.

Tickets for the Flynn's 2021-22 season can be purchased here.
Prev
Next