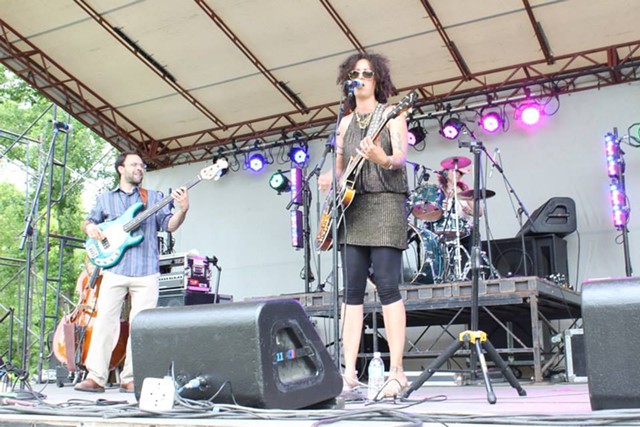 The Summer Street Music Series in Bradford returns this Thursday, August 26, but with a new look. Titled "Black Musicians Matter," the celebration features performers who are Black, Indigenous and other people of color. The show starts at 5 p.m. at the Denny Park gazebo.


Senayit, who also helped organize the event, believes the show will address a glaring omission in the diversity of artists booked to play in Vermont.

" We're trying to create a musical community that we weren't able to find," Senayit explains. "We want to bring artists from marginalized communities and take them out on center stage. That's how you encourage Black artists: Don't let them feel alone." 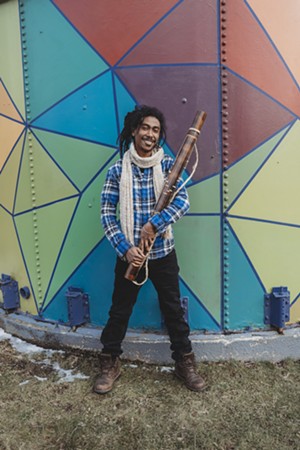 The notion of sharing the stage with other BIPOC performers is one that the Manhattan-born Senayit is looking forward to.

"I'm usually the only black woman on stage here," she admits. "There's a special kind of energy, a feeling of safe space when you're not alone, and it's a wonderful thing to experience. So I really can't wait for that."

One aspect of organizing Black Musicians Matter that gives her the most satisfaction is being able to pay the musicians. She says it's always a battle to ensure that musicians get properly compensated for their work, "but it's particularly fraught for BIPOC artists."

Though music will be the focus, Senayit points out the other important feature of the event.

"Education is key," she says. "A lot of people up here love and respect Black music, but they might not understand where it really comes from. The basis of most of the music we love comes from Black slave traditions. Those songs were written by people going through those struggles; that's part of what makes the music so powerful. And I think people need to understand that when they see a Black performer playing music on stage, we're transmuting that grief into art."

The Magnificent 7: Must See, Must Do, August 25 to 31
As August draws to a close, there's no shortage of ways for Vermonters to connect, learn and have a good time. We've compiled seven of this week's must-do events, including the Lake Champlain Chamber Music Festival's concert "Love Songs."
By Emily Hamilton
Magnificent 7
The celebration is free and open to the public, but donations are highly encouraged. Senayit and her fellow organizers hope Black Musicians Matter becomes a recurring event. Food will be provided by Bright Sun Kitchen.
Prev
Next