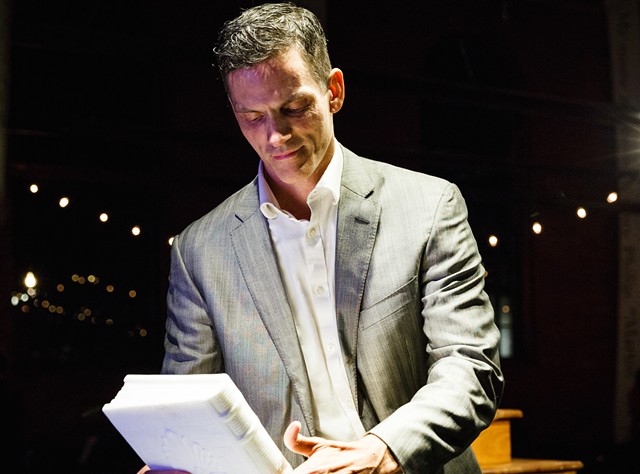 The Vermont Book Award, which has been presented by Vermont College of Fine Arts since 2015, is changing. The 2022 prize will be awarded by a new coalition consisting of VCFA, the Vermont Department of Libraries and the Vermont Humanities Council.

"Reaching out to the Vermont Department of Libraries and Vermont Humanities to explore a partnership felt like the logical thing to do, since we have a shared interest in supporting and recognizing Vermont's outstanding writers," VCFA president Leslie Ward said in a press release.

The award has been on hiatus for two years. Cartoonist Jason Lutes won for his graphic novel Berlin in 2019, and King Arthur Baking lead baker Martin Philip took it home in 2018 for his memoir Breaking Bread: A Baker's Journey Home in 75 Recipes.

Aside from the new alliance, the biggest change is that the award now has three separate categories. Previously, one prize encompassed works of fiction, creative nonfiction and poetry. Now each of those categories will have its own prize. Children's literature is not a separate category but may be nominated in whichever of the three is appropriate.

The prize is awarded in the spring for works published in the previous calendar year — in the case of the upcoming prize, 2021. According to the Vermont Book Award website, books by writers who live in Vermont for at least half the year are eligible, provided they are not self-published.

In the past, the nominating committee consisted of a team of independent booksellers. For the 2022 award, members of the Vermont librarian community will be invited to join. Vermont publishers will also be able to nominate titles, and members of the public will soon have a chance to submit their picks.

A judging panel composed of educators and other Vermont arts aficionados will weigh in on the nominations once they're submitted.

"Among those teams, they present their case for what they think is the winner, and then they vote," she continued.

Formerly, the award came with a $5,000 cash prize. Now that there are three awards, the prize money is changing, too. According to the Vermont Book Award's website, winners will "receive a prize of $1,000."

But the smaller sum can't detract from the other benefits of winning the prize.

"[There's] a real kind of  powerful sense of community and camaraderie that I feel like, in the end, is maybe the most important thing to come out of the prize," Gault said.

She pointed out that past winners' books have gone into second printings after snagging the honor.

"People put a lot of stock in awards and seals," said Elizabeth Bluemle, owner of Shelburne's Flying Pig Bookstore, by phone. A specialist in children's literature and an author of picture books, Bluemle has previously served on the judging committee.

"It does mean something in a bookstore context," she said. "Every Vermont bookstore will make a display of the Vermont Book Award winners, which will draw people's attention to them. So it definitely affects the sales."

Bluemle also championed the new categories. "They serve such different purposes in readers' lives," she said of fiction, nonfiction and poetry.

Finalists for the Vermont Book Award will be announced in early 2022, followed by the winners.
Prev
Next