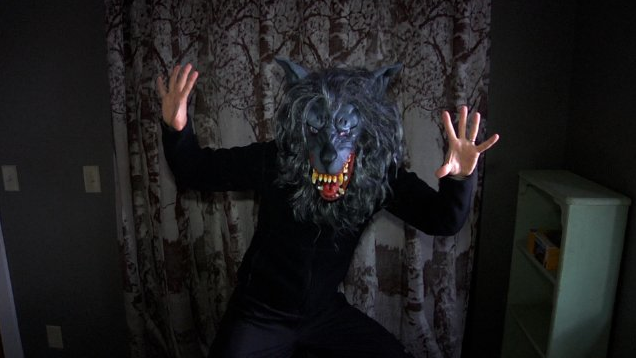 This week in movies you missed: It's the dog days, so let's watch a found-footage horror movie!

This ultra-cheap Blumhouse production has something of a pedigree; it won the Audience Award at last spring's SXSW. Director-cowriter-star Patrick Brice also snagged a Grand Jury Prize nomination at Sundance 2015 for his drama The Overnight — another movie we missed in local theaters.

Finally, Creep stars Mark Duplass, whom my colleague Ethan de Seife recently described as "an irritating actor (and worse director) whom I simply cannot abide." While my own feelings on Duplass are considerably more moderate, I found myself wondering if Creep had been designed specifically for those of Ethan's persuasion. Because Duplass plays the "creep" in question here.

Twentysomething videographer Aaron (Brice) heads to the California mountains for a job he found on Craigslist — $1,000 for a day's shooting. As kids do these days, he keeps the camera on himself the whole way, daydreaming aloud that perhaps his client will be a lonely cougar in need of some "rubdowns."

Um, no. At an isolated vacation home, Aaron finds Josef (Duplass), an ebullient fellow who announces that he's dying of a brain tumor. Josef's (absent) wife is pregnant, he explains, and he wants to make a tape in which he'll introduce himself to his unborn child, just like Michael Keaton in My Life. This day will be "a journey of the heart," Josef proclaims, tearing up — and proceeds to usher Aaron into the bathroom so he can strip on camera and share a "tubby" with his offspring-to-be.

What started out in Lifetime-movie mode just keeps getting weirder. The stoic, unresponsive Aaron finds his patience tested as Josef leads him deep into the woods in search of a supposedly magic spot, dances for him wearing a wolf mask he refers to as "Mr. Peach Fuzz," and tells stories that don't add up. Josef claims he just wants to be Aaron's friend — so why does he keep messing with his head?

Why You Missed It
Creep appears to have hopped straight from the festival circuit to VOD. It's now streamable on Netflix and Amazon.

Should You Keep Missing It?
Here's my unvarnished feeling on Duplass as an actor: I'd rather see him play a creep or a jerk (as in the little-seen True Adolescents, a past Movies You Missed) than a Nice Guy. But I like that he can turn on a dime from the former to the latter, or vice versa.

Without spoiling too much (because, hey, it's there in the title), I can say that Brice turns Safety right on its head. There's always something a little cloying about Duplass when he plays nice, and this film brings out that hint of smarminess and makes it sinister.

My 20-point, highly scientific scale for the evaluation of indie films:

1-4 points: Does it look pretty?
2/4. No, it's found footage. But Brice gets points for doing some clever things with his camera that add to the subgenre's bag of tricks. He eschews the usual jump scares and opts for setups in which we see something Aaron doesn't, or vice versa. (One of Josef's key monologues happens with the camera off but the sound on, and the result is chilling.) 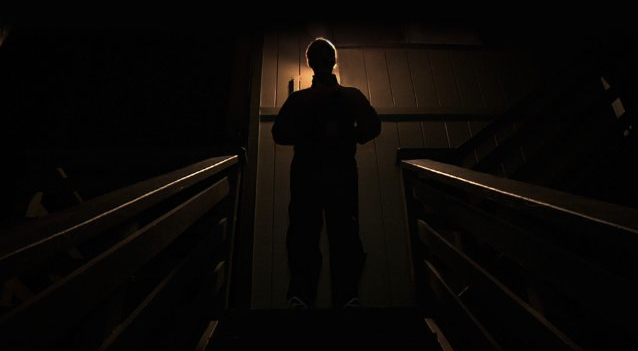 1-4 points: Does anything happen?
4/4. Not enough to satisfy horror fans who yawned through The Blair Witch Project. But if you enjoy slow-burn found footage (I do), Creep will keep you entertained.

For me, it worked less as a horror movie than as a black comedy that plays with our expectations for the subgenre. When we watch FF horror, we're always waiting for that moment when the merely unsettling turns into the oh-shit-we're-gonna-die — the finding-the-bloody-teeth moment, to use a Blair Witch reference. Brice knows we know Josef just ain't right, but he holds off and holds off on the oh-shit moment, teasing us with misdirection. The movie, like Josef himself, messes with us — and I prefer that to a horror flick that swings bloody axes.

1-4 points: Does what happens make sense?
3/4. Eh. Toward the end, Aaron suddenly gets a lot dumber, but then, it is a horror movie.

1-4 points: Do the characters seem like real people? Failing that, do they look pretty?
4/4. In a two-character drama, you have to believe in the characters. I commented on Duplass' contribution above.

Through his exceedingly low-key performance as Aaron, Brice portrays the little dance we go through whenever we meet an over-friendly stranger: Is he a threat, or just a harmless, puppyish eccentric? Should we trust him and accept his overtures, or does he creep us the hell out? It's a situation that anyone who meets many talkative strangers in a professional context can relate to, and it's disturbingly believable here.

1-4 points: Does the movie give us a reason to care about anything happening on screen?
2/4. I can't say the film made me worry for Aaron's welfare, or think deep thoughts afterward. But it kept me interested throughout, and it has roots in the discomforts and anxieties of daily life — as good horror should.

Verdict: 15/20. Smarter than the average found-footage film, but not for those who just want to be scared. (The night before I watched Creep, I streamed the "Supernatural" episode "Family Remains," one of the show's rare genuine freak-your-shit-out episodes, so yeah, I do remember how that feels.)

Right now I'm not finding reliable info for new additions to Netflix Instant in September. Check your "local listings" (i.e., Google) closer to the end of the month.