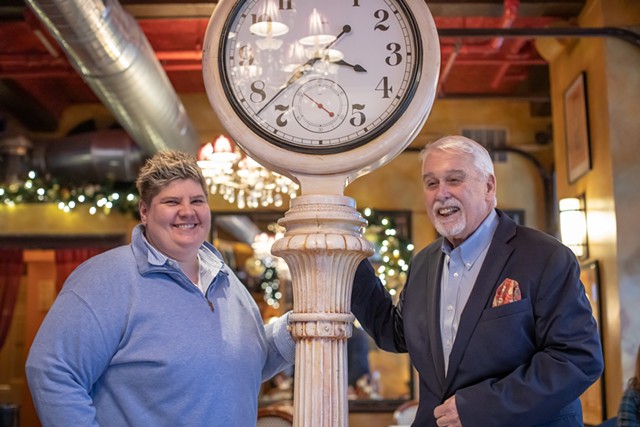 Things may look very different at local restaurants this fall but many are continuing their seasonal tradition of supporting the annual University of Vermont Cancer Center fundraiser.

In partnership with Farrell Distributing, 20 restaurant plus 20 retailers will donate $1 to the Cancer Center for every qualifying bottle of wine from the Deutsch Family Wine & Spirits portfolio or 12-pack of von Trapp Brewing beer sold during September and October.  (See here for a full list of participating locations.)

Ryan Chaffin of Farrell Distributing said he believes that 2020 marks the 20th anniversary of the fundraising effort, though no one has kept precise track.

They have, however, tallied that over the years it has raised more than $400,000 in support of the Cancer Center's community and patient education programs, research and patient care.

The fundraiser began after the wife of now-retired Leunig's Bistro and Cafe general manager and co-owner Bob Conlon was treated at the Cancer Center. Conlon himself later also became a patient. Both are clear of cancer now, said Leunig's chef-owner Donnell Collins.

"My mom passed from cancer," Collins said. "Everyone has some connection to it by this stage of life."

Despite the extra challenges of running her restaurant business this year, Collins continued, "It was a no-brainer for us. We were one of the originals."

The money raised "makes a huge difference," she said. "We're very fortunate to have some great customers continuing to support us. We are paying it forward."
Prev
Next